Ad of the Week: Age-defying

by Oresti Patricios (@orestaki) FCB Joburg and director Morgan Dingle of Your Girlfriend elevate the Toyota Service Centre with a metaphor that is both insightful and humorous. The bottom line? A really cool message that reminds us why we should look after our cars, and our bodies.

Old age is something one tends to think about only after one has reached a certain age. Particularly early in the morning when getting up to go to the gym is the last thing one feels like doing, and one’s knees start creaking ;). I speak as one who gyms regularly, not for the sake of bodybuilding but as an investment in getting older. Having had a brush with a ‘dread disease’ a few years ago also makes me that much more aware of the frailties of the human body and the importance of really looking after it.

Which may be why the latest ad for Toyota’s Value Service appealed to me — and that the casting and comedy of the ad are just spot on.

The 40-second TVC starts with closeups on a female runner: tight on her legs and feet as she startles a flock of pigeons, a shot from behind of her of her rear. The impression is of a young, muscular and fit woman. The athlete runs past an elderly man sitting on a park bench, who watches her with an impressed expression.

As the runner emerges from behind a bus, the fast-paced montage gears down into slow-motion, and her face is revealed for the first time. This is clearly a woman who is old enough to have had grandchildren. Her body is super-fit, yet her hair is grey and there are a few lines on her face.

Our protagonist runs up to a traffic light but has to stop for the red light. Two youngsters lounging at the nearby busstop watch her idly. Their jaws drop as she reaches back to stretch her leg — and then pulls her leg all the way up to above her head into a balletic pose.

The woman overhears him and — still holding the pose — gives him a wry look.

“Ouma… goodness!” says the other.

The light changes and the runner sprints off again, while the two youths look on in wonder. The text, “Age can be defied” is overlaid on a side shot of the runner, which wipes to a classic Toyota Tazz from the mid-2000s, traveling down the same street. 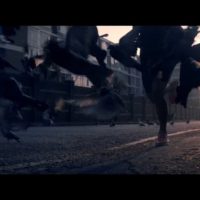 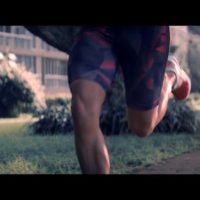 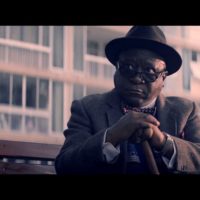 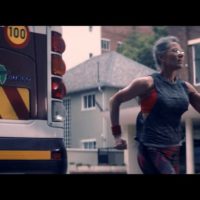 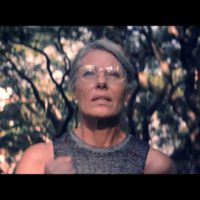 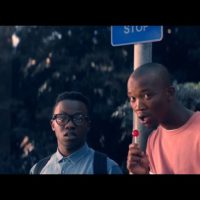 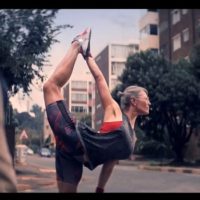 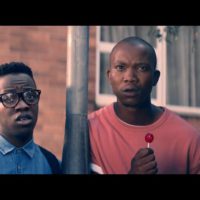 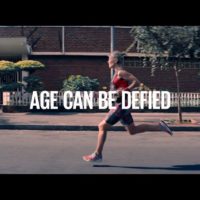 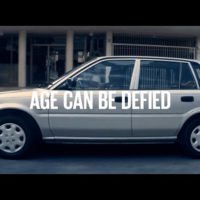 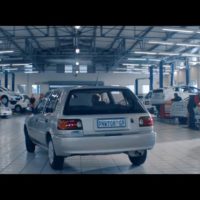 There is a quick cut to the car driving into a Toyota Service Centre, followed by a montage of it being serviced. The text that flies onto screen tells you all you need to know: this is a type of service plan for cars that are older than five years — in other words, no longer covered by standard motor or service plans. Unlike motor or service plans for new cars, there is no upfront fee. Ssimply, this plan allows one to get an online quote for your next scheduled service based on the car’s mileage, and offers discounts on parts and labour. In addition, Toyota promise that your car is being serviced by qualified technicians who will also do a full inspection of safety and critical maintenance items. You also get a 12-month warranty on parts and labour.

Getting back to the ad, its greatest strength is in its casting. The runner looks formidable, and the look she gives the two youngsters is beautifully underplayed. The two young men’s expressions are classic, and even the old guy on the park bench is perfect.

Conceptually, drawing the comparison between a fit (though old) body and a well-serviced car is both smart and insightful.

The cinematography and editing, as well as the music, make for a whole that is greater than the sum. Well done, FCB Joburg and Your Girlfriend for taking what could have been a pretty pedestrian message and elevating it to something that I could identify with, and that gave me a good chuckle.

Excuse me while I go and set my alarm for 5am tomorrow morning — the gym opens at 5.30am.

One Response to “Ad of the Week: Age-defying”