Ad of the Week: Indefinably untaggable

Beauty, we are told, is in the eye of the beholder. But, as the beholder, we are moulded by society: we are taught from an early age to understand what is ‘beautiful’ and what is not. It’s this very subjectivity of ‘beauty’ that is challenged in modern and postmodern art. From the fundamentals, such as symmetry and what colours ‘go together’ to the complex, such as what constitutes ‘good bone structure’, the foremost artists and designers look for beauty in unexpected places. Sculptures made from trash, subjects chosen from unconventional places, composition that breaks ‘the rules’ — a progressive approach to design seeks an aesthetic that undermines the conventional and makes us look at the world with fresh eyes.

When it comes to car design, much is constrained by engineering factors. Aerodynamics, safety and performance have resulted in cars that have a certain similarity in terms of shape and form. It is also affected by the role the car plays — whether it’s made for city cruising or off-road adventuring. Here’s where Audi has hit on a differentiator. And this is a brand that loves to be different — not for difference’s sake but for the sake of innovation, beauty, poetry. To be smarter, pioneering, sustainable and connected.

Audi’s new campaign is all about the brand’s newest model. The new Q2 doesn’t fit neatly into any descriptor. It has a luxury interior, coupe performance, off-road capability and urban style. To illustrate this concept, Ogilvy Cape Town has produced an ad that says very little about the car, but a lot about the philosophy behind the design. Audi is big on philosophy; after all, it says, “Vorsprung starts in the mind.”

The Q2 looks unusual but that’s not a bad thing; the campaign around the world has been to focus on this factor and build a message around the hashtag #untaggable. The SA ad features a model who is unusual: Thando Hopa, who is in part distinctive because of her albinism. Hopa challenges the conventional concepts of beauty and embodies a certain enigmatic aura that is explored in this well-filmed and styled piece that is so much more about her than it is about the car.

The soundtrack driving the pacey edits in this film is an electronic dance piece with a distinctly SA feel — created for the ad by Markus Wormstorm. In case you don’t know, Wormstorm was featured in the Future Sounds Of Mzansi doccie as a pioneer of electronic music in SA. He’s also the founder of The Wormstore, and has collaborated with the Arthur C Clarke-winning writer, Lauren Beukes. 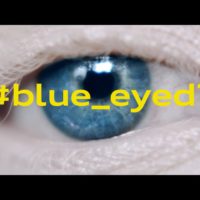 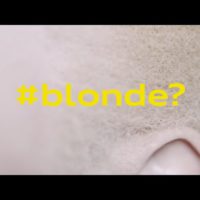 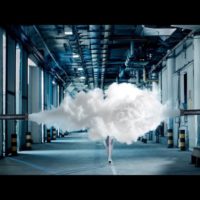 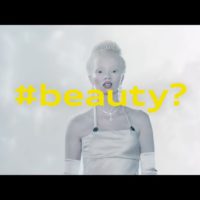 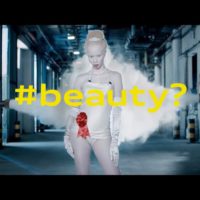 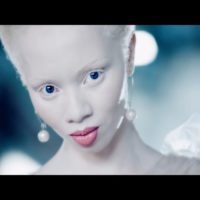 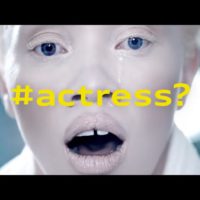 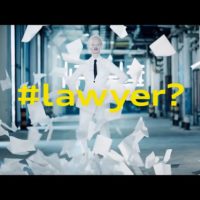 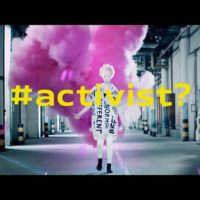 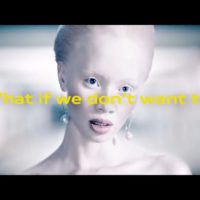 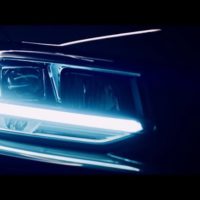 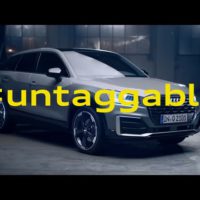 It’s an arresting image, for one who might be expecting a more ‘conventional’ model. The montage that follows, all shot in industrial blues that contrast with Hopa’s pale skin, uses hashtags to question and challenge our preconceptions:

“#model?” shows Hopa contrasted with bald, undressed shop mannequins — calling into question the role of models in selling not only clothes but other things, such as cars;

“#actress?” has Hopa displaying various emotions — and she is an aspiring actress;

“#lawyer?” depicts Hopa in a white suit surrounded by a vortex of papers — Hopa is a lawyer by profession, practising in Johannesburg;

Finally, “#activist?” shows Hopa dressed in a punky black-and-white outfit, with a cloud of pink smoke exploding around her. Hopa reportedly entered modelling partly because she saw it as a way of challenging and changing the popular perception of albinism, according to a News24 article.

The copy on the screen asks: “what if we don’t fit the #boxes?”; followed by: “what if we don’t want to?” The scene flash-cuts to a close-up of the (unusually-shaped) Q2 headlamp lighting up, followed by a quick montage of the car from various angles. The sequence ends with the hashtag “#untaggable”, which has been the international slogan for the launch of this model of Audi.

Having looked at some of the international ads, I can honestly say that this is one of the most-original and -arresting ads for the car. In choosing Hopa as a symbol, Audi has entrenched the brand as one that challenges convention by creating something exciting and new, and providing a new definition of beauty and style.

To Ogilvy Cape Town, for being forward-thinking and looking at things in new way. Yes, indeed. Vorsprung does start in the mind.