by Oresti Patricios (@orestaki) Chicken Licken sees in the new year as our first Ad of the Week for 2017 with a funny, fantastical piece, based on an African space programme, that is as gloriously well-made as it is hilarious. The TVC, directed by Pete Pohorsky of Plank Film Productions for Chicken Licken’s new ad agency, Joe Public, humorously combines excellent 3D animation and visual effects with a funky music track. It tells the story of a mission to resupply the “Vaya-1” space station with a ‘classified’ cargo, to be undertaken by Afronaut Rodwell Tshabalala.

When Edward Makulu Nkoloso vowed to put Zambia on the space-race map in 1964, by launching the first spaceship carrying a human (and two cats) into space, he was viewed with scepticism by most people, including his own government. The proposed craft, the “D-Kalu-1”, never made its launch date, and the project eventually fizzled out due to lack of funds, but Nkoloso will go down in history for coining the term “Afronaut”. Fast-forward to 2013, and the space race has now gone commercial, with Elon Musk’s SpaceX taking on Richard Branson’s Virgin Galactic. Musk aims to establish a human-colonised base on Mars by 2030 (or thereabouts).

The ad starts with a classic shot of an African space station, and the radio sound from ground control confirming the supply rendezvous. This is followed by mock news reports from around the world, which culminates in a press conference scenario. 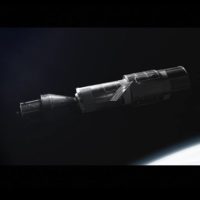 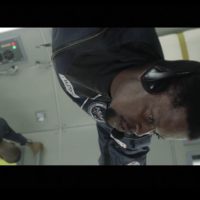 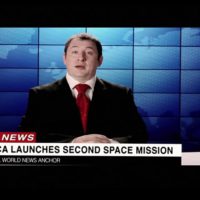 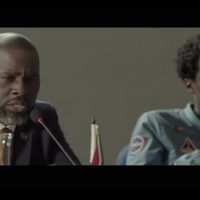 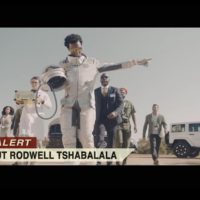 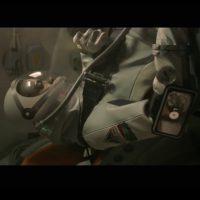 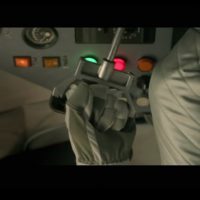 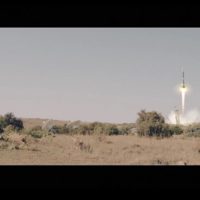 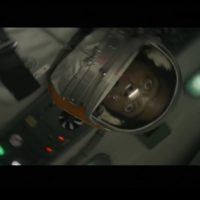 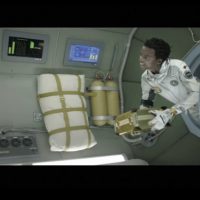 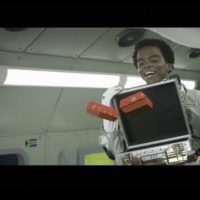 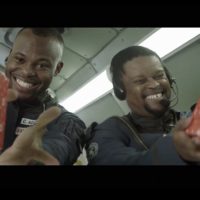 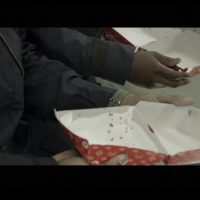 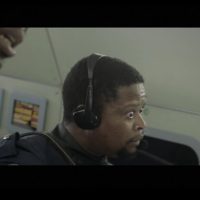 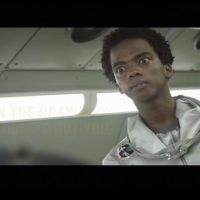 Two scientists are accompanied by a young fellow in astronaut gear, who seems more interested in his cellphone than the grave pronouncements of his superiors. Look closely at the logo on the wall of the African Space Aeronautical Programme, ASAP — it’s a mock-copy of the NASA one, including the font, but with the Southern Cross as its background. It’s great to see such attention to detail, making something to notice on repeated viewings.

In the next scene, the ‘classified’ cargo is being prepared in a gold-coloured case, following which the news commentary informs that “Afronaut Rodwell Tshabalala will pilot the mission”. The scene cuts to the interior of the spacecraft and, following the countdown, Tshabalala releases the handbrake, which looks and sounds just like an old Volksie one!

At this point, the music starts, to a scene of startled wildlife reacting to the rocket launching. It’s the perfect piece of music, a funky dance piece featuring horns and accordion. When the capsule gets into a bit of a spin, the music fits perfectly, and somehow Tshabalala manages to bring the craft under control and dock with the space station.

The final scene has Tshabalala entering the space station with his precious cargo. He opens the case and, to the delight of the other two Afronauts, delivers the contents: two Chicken Licken boxes. But, instead of finding spicy hot-wings inside, there is nothing but crumbs — it appears that someone has been unable to control ‘the craving’ (and, to be fair, it might not be the young courier). The faces of the Afronauts fall, and Tshabalala looks confused. “Joburg, we have a problem,” he announces.

The comic performances and timing are spot-on; great casting on this commercial. The visual effects are beautifully rendered and the overall design is perfect. Reading the comments section on Chicken Licken’s Facebook page, it is clear the ad is a big hit with viewers; Joe Public has captured the space-loving zeitgeist. Several folk commented that they’ve even downloaded it from YouTube so they can watch it over again. Talk about love. What’s coming next. Tattoos?

Chicken Licken’s advertising account moved last year to Joe Public, so it’s great to see the agency blast off with out-of-this-world work. It’s also good to see the brand’s image isn’t being changed for change’s sake — there’s enough of a mainstay here to make the ad instantly recognisable and to build on what came before.

And, yes, the space metaphors aren’t going to stop now. The sky’s the limit for Joe Public and Chicken Licken. Watch this space! We can’t wait to see the rest of the integrated campaign, launching soon on other platforms and channels!

One Response to “Ad of the Week: Chicken, the final frontier”