by MarkLives (@marklives) The hottest primetime television shows on DStv in South Africa revealed: TV ratings for the month of October 2016. 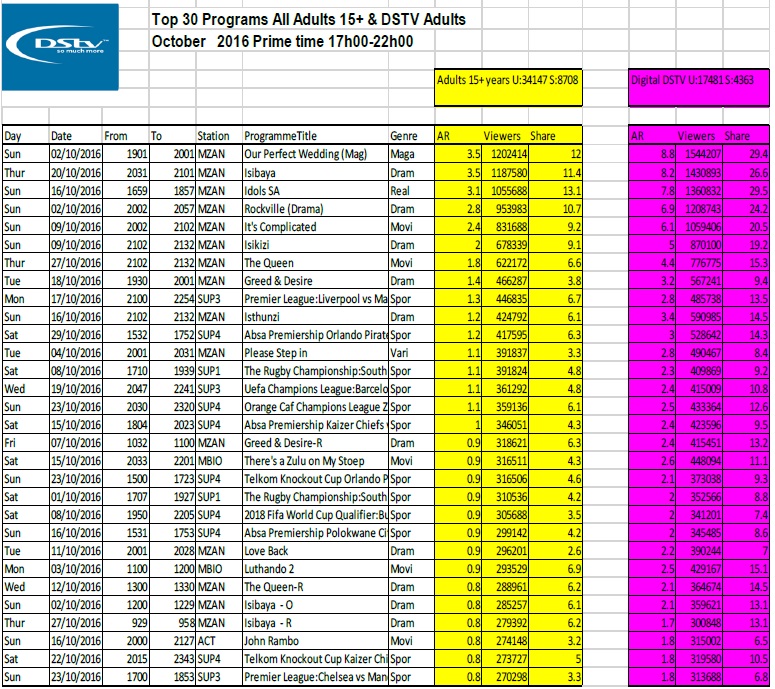