Ad of the Week: Christmas gets real — pa-rum-pum-pum-pum!

by Oresti Patricios (@orestaki) King James II, together with its new client Pick n Pay and director Chloe Coetsee of Darling, takes us on a tongue-in-cheek journey through the pitfalls of the Christmas season — South African style. In doing so, much mirth is created and the retailer’s customers are offered real visibility.

The festive season is almost always romanticised in advertising: happy families, delicious meals, wonderful gifts, seasonal cheer; surprisingly, some South African ads even feature snow. But we all know that the December holidays aren’t like that: reality always intervenes.

So far, two ads have been released in this campaign to build PnP’s brand, “Chapter One — Let’s Go On Holiday” and “Chapter Two — Getting Ready for Christmas”. Yet to flight are “Chapter Three — The Night Before Christmas” and “Chapter Four — Christmas Day”, available exclusively on MarkLives at this point.

In the first, the pitfalls of the annual family vacation are explored, all in the name of having a good time; in the second, the funny-stick is poked at the preparations. In the third, it’s what happens the night before with overexcited kids, and then, finally in the fourth, it’s Christmas Day and all that entails when it comes to family… But what makes this humorous campaign work so well is the music.

Do you remember when disco reigned supreme back in the late ’70s and early ’80s? A band called Boney M achieved superstardom with a slew of danceable pop songs: Daddy Cool, Sunny, Ma Baker and Belfast. A band that was ‘manufactured’ by German producer, Frank Farian [also responsible for Milli Vanilli — ed-at-large], its star began fading in the early ’80s, and its Christmas Album marked the beginning of a slow decline in popularity. Nevertheless, that particular album gets hauled out and dusted off with monotonous regularity every year, especially by SA shopping mall managers. The mellifluous sounds are probably intended to soothe frazzled shoppers into buying more but, for many, it has the exact opposite effect — it makes me want to stick exclusively with online purchasing.

One Christmas Album song, The Little Drummer Boy, has come to typify this Christmas muzak, so much so that King James and PnP have teamed up with popular SA group, Ladysmith Black Mambazo to create a version with a more African flavour. (Irony aside, Ladysmith Black Mambazo is a national treasure, and its treatment of the song actually makes it listenable.) The choir features in many of the ad campaign scenes, acting as a kind of ‘Greek chorus’ that comments on the action. The lyrics have been changed in the ads, and each set-piece hinges upon the ‘parumpa-pum-pum’ moment — the customer’s pain point. 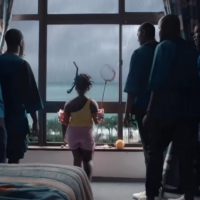 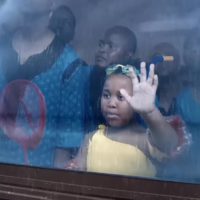 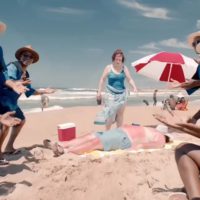 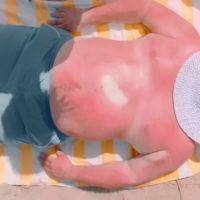 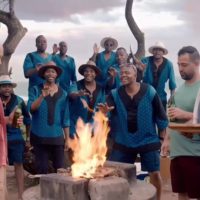 In chapter one, a little girl walks toward the window, guided by the Ladysmith Black Mambazo members, singing, “Sun, they told me…” —but the curtain opens to reveal a dismal storm. The little girl’s looks downcast, as she (tunelessly) sings, “Pa-rum-pum-pum-pum”.

The scene cuts to the beach, and this time it’s sunny and hot. “Good times there by the sea,” sings the choir, as a woman discovers her husband baking red in the sun. “Pa-rum-pum-pum-pum,” she says, as she takes the suntan lotion off his stomach to reveal a neat shape on the only part where it had protected him from burning.

There are also scenes of the smoky braai, and the traffic on the way to one’s holiday destination. 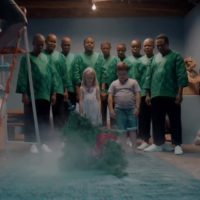 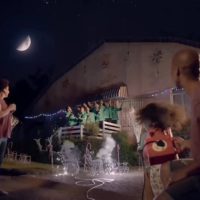 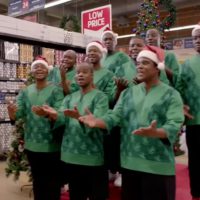 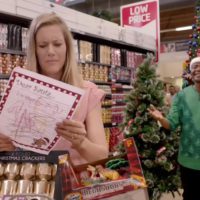 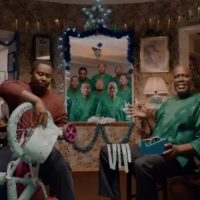 In chapter two, it’s all about getting the Christmas tree out of the attic, the lights, the gift shopping and, lastly, the gift wrapping. In chapter three, it’s the night before Christmas and overexcited kids who won’t go to sleep, Santa’s elves getting down to work eventually and then falling into bed exhausted, only to be awoken in chapter four by said overexcited kids who want to open their gifts, family time — complete with family photos and rivalry and, finally, lounging together watching TV. Each scene will resonate particularly with South Africans and, thanks to the Ladysmith Black Mambazo treatment, the campaign is sure to bring a smile to your face. The payoff line is, “What would Christmas be without all the ‘pa-rum-pum-pum-pum’? Pick n Pay wishes you the best one yet.”

What’s smart about this campaign is the psychological visibility it affords consumers. 2016 has been a tough year for SA, so it’s great to end the year with a laugh, even more so to have a retailer on our sides which understands the pain of handing over your festive bonus for gifts, groceries and the family meals and parties that come around each December, plus just how busy you are.

Ladysmith Black Mambazo’s ‘full’ version of Little Drummer Boy is also being sold online in aid of The Children’s Hospital Trust; according to King James II founding founder and ECD, Graeme Jenner, this is different to the song in the ads in that the lyrics are less about the festive season and more about what a terrible year it’s been and how we can try make 2017 better  — and you may also record and upload your own best ‘pa-rum-pum-pum-pum’ and “star in this season’s most generous music video”. #PNPkeepsongiving