Ad of the Week: A tribute to wisdom and experience

by Oresti Patricios (@orestaki) Old age needn’t be the beginning of the end, according to Absa and its ‘outgoing’ mothership, Barclays Africa. In T+W’s mini-documentary directed by Rainn Vlietman, driven by rhyming couplets and Bizet’s “Habanera”, three ex-Barclays employees show how retirement needn’t necessarily spell stagnation.

We live in a world that celebrates, if not fetishizes, youth. This is particularly true of Africa where the vast majority of consumers are young. Because of this, media, marketing and branding are very youth-centric, and youth culture dominates. But what about Africa’s older populations, especially pensioners? At a time when Africa needs to tell its own story, it’s important that we don’t just champion the youth but remember that older folk have important narratives that speak to wisdom and experience.

Which is why it is a delight to discover Absa/Barclays’ new campaign for Africa that exalts older people who add value to their, and others’ lives. The Prosper campaign started back in 2013, and was originally meant to be part of the rebranding of Absa to Barclays. It is a strong message — prosperity speaks to how we save and develop and grow but also to how we nurture narratives of value and experience —that still has relevance for the bank and its customers.

Getting to the TV commercial, a mini-documentary that inspires and invites reflection on old age. The narration is written as rhyming couplets: a poem that tells the story of three ex-Barclays employees who refuse to fit the mould. 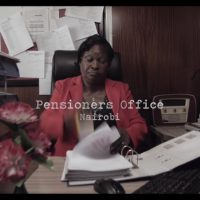 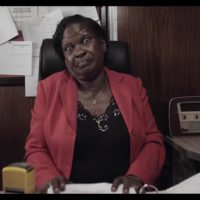 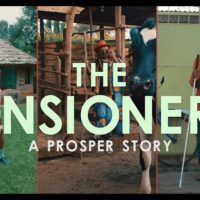 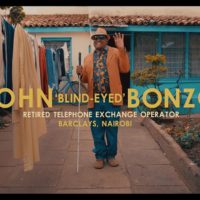 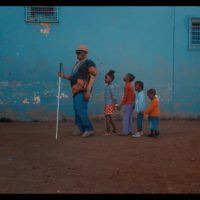 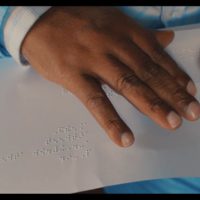 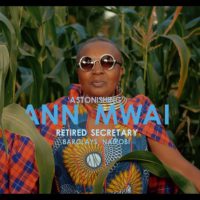 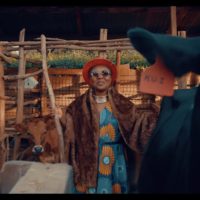 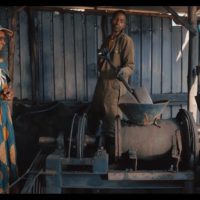 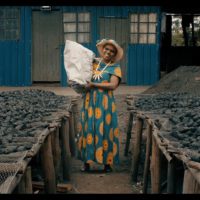 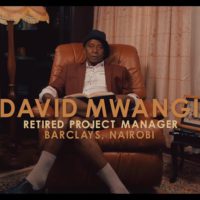 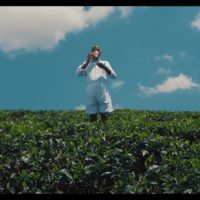 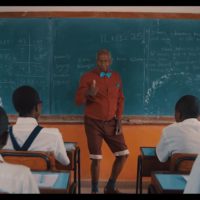 The story opens with the narrator saying “Old age is boring… it’s dull,” with the visuals of an elderly lady doing dull, repetitive work in a gloomy office. “Get old, stop work, be bored, get dull, go grey. And that is that, or so they say.”

At this point the screen splits in three, showing each of the narrative’s elderly heroes. “But this, my friend, ain’t true.” The title appears: “The pensioners. A prosper story.”

The first pensioner is then introduced: John “Blind-eyed” Bonzo, a retired telephone exchange operator from Barclays’ Nairobi office. The montage that follows shows how Bonzo volunteers his time at a local school, sharing his love of music with the children. When he receives requests from children in need, in the form of braille letters, he will share what he can, be it food or clothing.

The second subject is “Astonishing” Ann Mwai, a retired secretary from Barclays Nairobi. Mwai farms vegetables and livestock, including chickens and cattle. Yet her real passion is alternative energy: she has a mini-factory that produces affordable sustainable fuel.

Lastly, there is “Dashing” David Mwangi, a retired project manager also from Barclays Nairobi. Not only does he spend three hours a day working out in the gym, he is also a ‘sartorial gent’ who dresses to impress. He takes time to teach and coach tennis at his local school, too.

Finally, the narrator sums up the stories of these three: “They remind us each through the story I’ve told: we need not be dull, stop working, go grey or grow old.” This is followed by the payoff line on the screen: “At Barclays Africa, we believe in those who are young at heart and who use their heart to inspire the young. Leave a legacy. Prosper.” This is followed by both Absa and Barclays logos.

The cinematography throughout is captivating. The frame is often symmetrical, and the colours are saturated. In many scenes, the subjects engage with the camera, posing as if for a portrait. It’s a style that lends itself to this kind of story, putting the characters ‘front and centre’ of the narrative. The soundtrack is a modern, instrumental version of Bizet’s Habanera (from Carmen), which provides a light, fun mood to the overall piece.

This is the second time we have featured work by Absa and T+W in its ‘below-the-line’ campaign to create engaging content that illustrates the “Prosper” message; previously we acknowledged “The Girl Who Rewrote Her Future”. Absa may be facing challenges, but it’s good to see how, despite this, it steps up to the plate in marketing and produce consistently good work.