Ad of the Week: Adulting and the modern male

by Oresti Patricios (@orestaki) Cars represent freedom, especially for younger people who have had to rely, for most of their lives, upon parents or public transport to get around. Ford South Africa takes a tongue-in-cheek poke at this idea with its latest campaign, “Adult Well”, from J Walter Thompson Johannesburg and director Peter Heaney of Spitfire Films.

“To adult”. Yes, a noun has been taken and turned into a verb — because that’s what language is all about: it changes and grows and morphs into something new all the time. Ad copy is often at the forefront of this phenomenon, as Merriam-Webster Online informs us, where “to adult” is defined as “to behave like an adult, to do the things that adults regularly have to do. This includes things like having a job and living independently, sure, but also such mundanities as taking clothes to the dry cleaners (and remembering to pick them up), making and keeping dental appointments, getting your car registered, doing yardwork.” Oh, and by the way, Merriam-Webster has not officially added it to the dictionary — it’s one of their ‘Words we’re watching’.

By its very nature, ‘adulting’ is a concept that is more or less confined to youth. We who have been adults for a while don’t think about it; we simply get on with doing what needs to be done.

The stars of the campaign are two of South Africa’s batch of rising young comedians — Donovan Goliath and Loyiso Madinga. They helped to write much of the copy for the ads, which take place in and around a Ford Focus. The format is like a sitcom, with a title over the first shot reading “The Adulting Show”, and the performances are very much in that modality. In the first ad of the series, the two discuss their plans for a weekend free from their girlfriends. 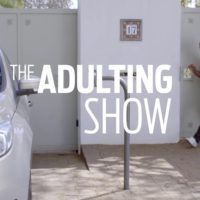 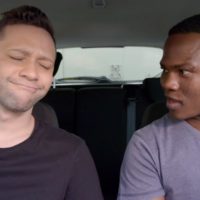 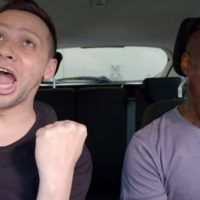 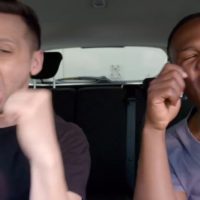 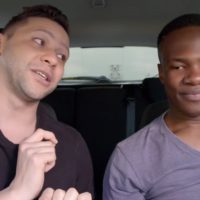 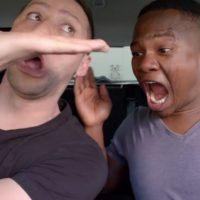 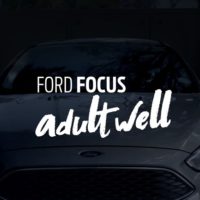 But there’s a problem. The music grinds to a halt. Apologetically, Madinga announces: “Except I have to pick up Judith’s grandmother from the airport, and then…”

“Visa weekend!” they both yell.

The dialogue continues like this, as each one remembers one of their ‘adulting’ responsibilities: fixing a broken tap, filing taxes, renewing a yoga membership, picking up some groceries, backwashing the pool… before they can enjoy their ‘visa weekend’.

The screen cuts to black, and fades up on the car, still parked. But now, instead of birdsong, the soundtrack has crickets, and night has fallen. “I still have to mow the whole lawn,” says Madinga, and Goliath just sighs. The title comes on the screen: “Ford Focus. Adult well.”

The comedy of the campaign sells directly to the target market. The Ford Focus is marketed as a nippy but stylish car that straddles comfortably between the ‘adulting’ world of family sedans and the more youthful ‘out on the town’ world of young adults. The ads speak directly to this demographic and, although the young adults’ plans are always trumped by their adult commitments, the message is still clear: this car is a whole lot of fun.

The actors are a great comedic choice; their expressions and boyish enthusiasm make them relatable and likeable. Touches like their inside joke — ‘visa weekend!’ — add to their youthful personalities: these two mates know how to have fun, and this is all underscored by the rock ’n roll soundtrack.

It’s a car campaign that doesn’t really feature the car, an adventurous approach giving a more-subtle message about lifestyle, using topical humour and current comedians, which is appropriate for the target market.

There are five ads in the campaign, being released as part of a series. The others feature a zombie satire [my favourite — ed-at-large], a date night gone wrong, a ‘buddy cop’ satire and a sketch with the two guys and a ‘sexy’ magazine. All roles (including female ones) are played by the duo. According to Spitfire Films, they were all shot in one day — testament to the comedians’ spontaneity and the crew’s flexibility. Great stuff!

So thanks, J Walter Thompson and Ford, for making us laugh, and helping teach us a new word.