Ad of the Week: A+ for a promising CNA campaign

by Oresti Patricios (@orestaki) A stunning campaign from Promise for CNA brings home a simple message that encourages reading from an early age, and promotes the brand as a champion of learning. 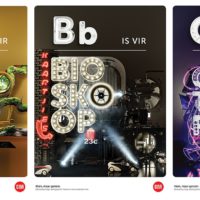 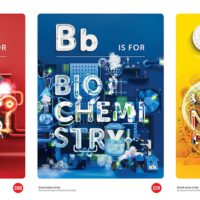 One of the critical benchmarks for young learners is reading — not simply being able to read the words on the page but, by Grade 3 or 4, a child should be able to ‘read to learn’ – ie should be able to extract meaning and information from what is written on the page. This is a fundamental skill that a learner needs for the rest of their studying life.

It makes sense, then, that a love of reading should be inculcated at an early age, and the “CNA Smart Kids” campaign for CNA aims to promote this idea. The poster campaign is based on the traditional ‘flash card’ illustration that a lot of us will remember from Grade 1. Most classrooms had these alphabet cards on the wall, and first reading books were often based on the idea of “A is for apple, B is for ball, C is for cat…”

Take the concept to the next level, however, and A could stand for astronomy, or artificial intelligence or alternator. Because today’s young learners will grow up and have the whole world of knowledge at their fingertips… as long as they can read. And as the world becomes more complex and information-based, they will need to be able to read and gather knowledge like never before.

The campaign comprises six posters – three in English, three in Afrikaans. The Afrikaans versions are “Aa is vir Alchemie” (alchemy), “Bb is vir Bioskoop” (movie theatre) and “Cc is vir Chaos Teorie” (chaos theory). The English posters are “Aa is for Alternator”, “Bb is for Biochemistry” and “Cc is for Chronograph”. 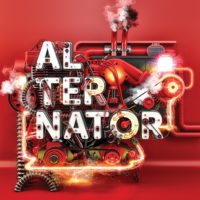 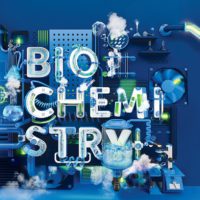 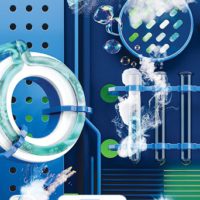 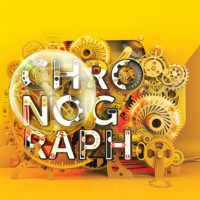 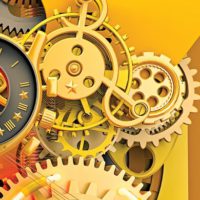 Each of these posters is illustrated with hyper-realistic renditions that build fantastical thematic environments around the lettering. For “Cc is for Chronograph”, for example, the poster looks like the complex innards of a watch, with gears, springs and dials built around the lettering. “Aa is for Alternator” is made up of pipes, steam, electrical sparks and smoke. “Bb is for Biochemistry” also has some fabulous steam effects, as well as liquid bubbling in test tubes and beakers. The “Aa is vir Alchemie” poster plays upon the textures of metals to reflect the concept of turning ‘base metals’ into gold (as the alchemists believed). “Cc is vir Chaos Teorie” uses arcs of light, circular objects and sound-making devices to illustrate the idea of cause and effect in the physical universe. (I looked closely at this one, but didn’t find a butterfly.) “Bb is vir Bioskoop” has some wonderful light effects, with multiple light sources, including neon signage. 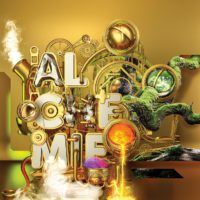 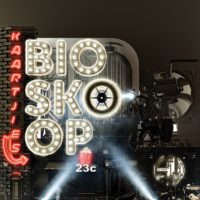 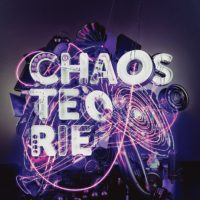 Each poster invites you to peer into its intricacies, finding little details, such as the telephone booths outside the movie theatre, or the key on a loop of wire in the biochemistry illustration.

The video posted by the agency shows some of the processes that went into the making of the posters. The illustration credits mainly go to Katlego Phatlane (aka KattPhatt), a young graduate from Vega who, in 2014, was one of two South African winners of Portfolio Night 12 and was named the Johannesburg All-Star, representing South Africa and Africa in New York.

His method for creating these posters was to build everything in 3D. First the shapes were mapped out in Adobe Illustrator, then these vectors were taken into Autodesk 3ds Max. In the 3D environment, the various parts were put together, extruded and detailed. Add some particle effects, and you’re done. (Sounds easy, but we’re talking about weeks of work!) The final artwork adds the CNA logo and the slogan: “Smart starts small” in English, and “Klein maar getrein” (small but well-taught) in Afrikaans.

Each poster has a definitive colour scheme, and the palettes used are strong and eye-catching. The font work, based as it is on the bold, rounded-edged font of the original school flashcards, as well as one of CNA typefaces, manages to integrate well with the illustrative elements and a lot of thought has clearly gone into making each poster interesting without suffering from legibility issues.

I love to see out-of-home media used in a way that maximises its potential. Posters need to be bold and clear yet that doesn’t mean they can’t be clever and pique interest at the same time.

It’s an innovative campaign, carefully focused at a particular target audience, that is driven by brilliant design. But what will this campaign do for the brand?

CNA is part of the Edcon group, which also owns Edgars and Jet. To say that Edcon has been facing considerable challenges is an understatement. Edcon was sold to Bain Capital in 2007, but a recessionary environment, coupled with tough competition, bad debt and a clampdown on lending by regulators, saw Bain pull out this month. Now it is up to Edcon’s creditors to try and turn the group around, with a once-whopping debt burden of about R26.7bn having been restructured to R6bn, as per Business Day.

CNA has struggled from a product-and-positioning perspective. It has the legacy of relatively big stores situated in Botswana, Namibia, Lesotho, Swaziland and across South Africa. It has also tried to be all things to all people. so there’s stationery, laptops, mobile phones, books, sweets, magazines, games, music and more. The result is a mediocre product offering in a category that has both specialised and gone digital. What we’re left with here, then, is an advert that is almost too good for the brand. Promise has done some great work for CNA, but the challenge is now for CNA to get its brand, positioning and product mix sorted.

A gold star from the ‘teacher’ for Promise and its talented creatives! And what about CNA? I’m afraid it’s a pink slip for you, and you need to go and see the principal. You’ve got a lot of outstanding homework to do.