Ad of the Week: Once more with the Vans

by Oresti Patricios (@orestaki) The iconic American shoe brand, Vans, has always preferred sponsorship to advertising and, in the latest campaign, Vans South Africa has tied up with an emerging band to create artworks that promote the brand, and the band, by talking to the fans. 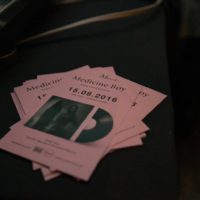 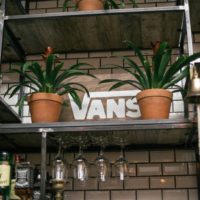 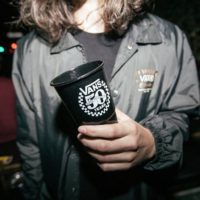 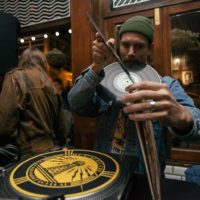 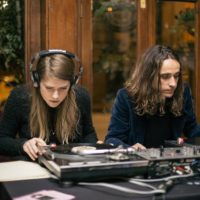 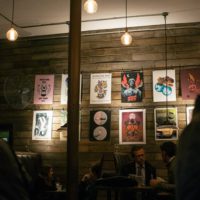 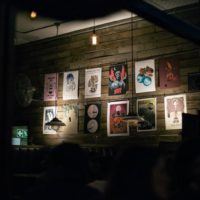 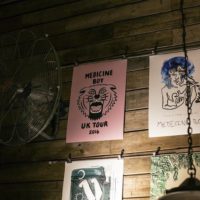 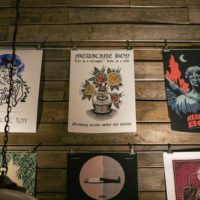 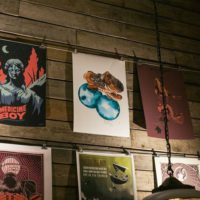 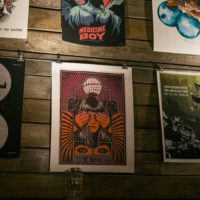 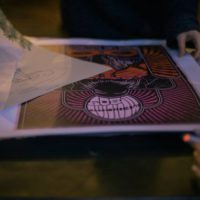 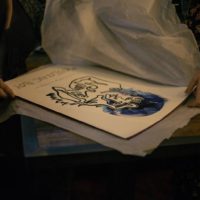 Paul van Doren, one of the founders of the Van Doren Rubber Company, of Anaheim, California, believed that producing a superior-quality product at a reasonable price would create word-of-mouth that would build the brand. The House of Vans factory, which sold shoes directly to the public, became something of a legend in the late ’60s and early ’70s. The shoes themselves were built to last and rapidly became firm favourites among the skateboarding crowd.

This year marks the 50th year of operation of the shoe (and apparel) brand that still favours a marketing strategy that includes sponsorships and bespoke events. These include sporting events (mainly surfing and skateboarding) and music concerts. In South Africa, one of the recent birthday events was the launch of an album by alternative rock duo, Medicine Boy, called “Kinda Like Electricity”.

As part of the launch, the idea was to create a visual aspect to the musical medium, so 10 local artists were each asked to create a design based upon one line of lyrics from one of the album songs. The artworks were displayed at a Vans Off The Wall-sponsored gallery opening, “Vans // Series 007 presents Kinda Like Electricity”, at Yours Truly Café in Loop Street, Cape Town. The artworks were on sale and the musicians were in attendance, helping to set the mood by spinning some vinyl. This was prior to the launch, where the band performed for an intimate crowd at the Magnet Theatre in Cape Town. Here, the dress code was “anything, as long as it’s black” — a nod to one of the song titles.

The design challenge was met by talented artists with a variety of styles that still somehow managed to capture the spirit of the band’s music, which is self-described as “Dream Noise”. In the ’90s, it would have been classified as a genre such as psychedelic, ambient or shoegaze, music that relies less upon a beat and more upon electronic soundscapes and introspective lyrics.

“Anything, As Long As It’s Black”

The artworks are similarly eerie and fantastical. The piece by Christi du Toit, a Capetonian graphic artist, was one of the first to catch my eye. The song was “Anything, As Long As It’s Black”, the seventh track on the new album. The lyrics that he based his artwork upon was: “My lungs are two jars of fireflies”.

On behance.net, Du Toit shows his creative process, moving from a hand-drawn sketch to an outline on the computer and then the full work, using Adobe Photoshop, Adobe Illustrator and Manga Studio on a Wacom Cintiq, which is a touchscreen-tablet system that allows an artist to draw directly on a screen with a stylus, rather than the traditional stylus/tablet system.

His creation uses a whimsically literal interpretation of the lyrics. A central candle is surrounded by a vine, which has roots that entwine two glass jars. The roots look rather like the bronchial tubes of lungs, and they are filled by light dots (presumably fireflies). The flame of the candle creates a lens effect, which magnifies three fireflies that are flying past, while in the background are more lights. The entire work has a sort of gothic/art nouveau look to it, with a circle motif, symmetrical layout and art nouveau fonts. Du Toit used a single-colour version of his illustration to create screen printed tote-bags for the launch.

“A burning building at the back of my eyes”

Ian Jepson, who was given the phrase “a burning building at the back of my eyes” to illustrate, came up with a less literal interpretation. The process is once again outlined at behance.net, and in the early sketches one may see how Jepson arrived at the central image, a stone angel framed by flames that leap up like wings on either side.

Simon Berndt of One Horse Town created a screen print design for the album launch, with a version for the band’s forthcoming UK tour, featuring a “see no evil” motif that is enhanced with lightning and interesting (almost retro-1960s) fonts. The studio also produced a limited edition of 40 using the split fountain screen printing technique, which is fascinating to watch. The process may be seen at behance.net [or in the video].

The fact that Vans has achieved such immense brand recognition is testament to the potential of a marketing strategy that provides content, rather than simply selling the product or the image. It’s a strategy that has been adopted with great success by brands such as  Red Bull, with its sponsorships of extreme sports and a music academy (among others). It’s about providing your target market with something that has deep meaning in their lives, that touches an emotional or lifestyle chord, thereby associating your brand with the best moments of their life.

Even if those best moments entail dressing up in black and dancing to music that you wouldn’t normally hear on the radio.