Ad of the Week: A virtual haunting

by Oresti Patricios (@orestaki) M&C Saatchi Abel gets frightening (and simultaneously tickles our funny bone) with an ingenious campaign for Simba Ghost Pops. Caveat lector! There are plot spoilers afoot, so if you want your spectral intervention to remain a surprise, click here now, and then come back and read the rest of this review.

One of the biggest demographics for the horror genre is teenagers and young adults. Which is why the agency has come up with an innovative and fun campaign that plays upon the genre’s symbols and clichés.

Here’s where the scary stuff starts: check out the campaign website (which you may see at www.awesomestudentdigs.co.za). It looks just like a Gumtree ad for some “Awesome Student Digs”. It’s a five-bedroom house in Saxonwold (near Wits University) for only R5000 per month. A steal, right? But read between the lines in the description, and you may get a hint of something amiss: “URGENT LEASE! Owners relocated.” Hmm… I wonder why… 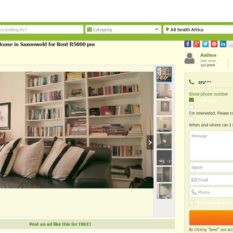 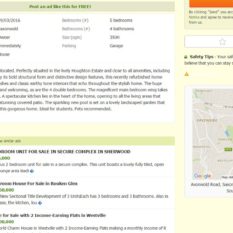 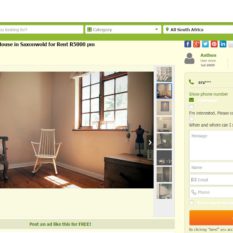 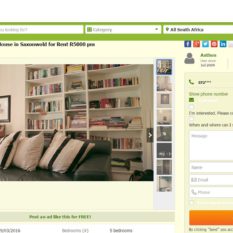 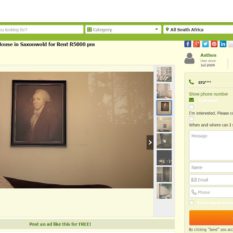 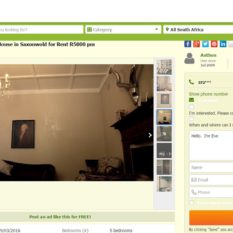 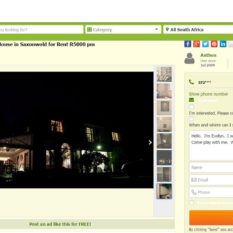 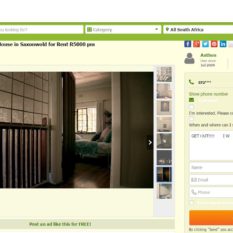 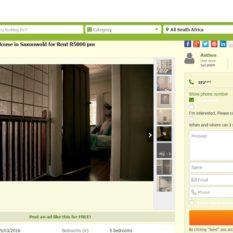 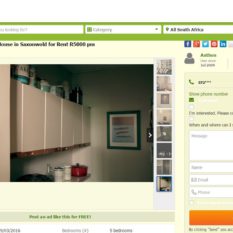 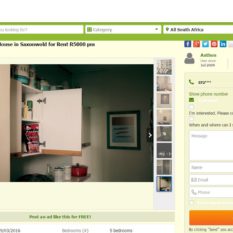 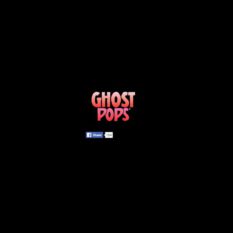 Let’s look at the photos. “Thunk!” — Was that a book flying off the shelf? Next photo: a rocking chair in a sunny corner. Oh dear, the creaky chair starts rocking by itself, to the sound of a music box playing an eerie tune. Next photo: a painting of a man in a powdered wig. Hang on, did his eyes just move? In the next photo, the chandelier starts jiggling and moving of its own accord.

But that’s just the beginning. Very soon things get really creepy: you seem to have lost control of your mouse, and the next picture loads automatically, while a message types automatically in the text box on the right: “Hello. I’m Evelyn. I want to play. Come play. Come play with me. Why don’t you want to play?” The lights start flickering, and there is an electrical buzzing on the soundtrack, with spooky voices and a little girl saying, “Why don’t you want to play with me?”

The next photo autoloads, and it’s a night-time exterior scene of the house. A light flickers in the upper left bedroom window, and a creepy silhouette appears — and then disappears. The sound is of a spooky hoot-owl. At the same time a new message appears in the text box on the right: “GET OUT!!!! I WANT YOU TO GET OUT!”

The price at the top left, which started as R5000, starts to run up into the hundreds of thousands of rands.

The next photo is of a doorway. The door swings open with a creak, and distant sobbing can be heard. Suddenly the door slams shut.

The final photo is of the kitchen. A cupboard door swings open (with a creak, of course), and there is the pack of Ghost Pops, while scary whispered voices are heard in the background. The screen transitions to a black screen, accompanied by a scream, with a Ghost Pops logo in the centre, and a Facebook ‘Share’ button.

The Ghost Pops’ Awesome Student Digs digital web-ad parody grabs attention. It is subtle at first, but then it really drags you in — Poltergeist style. ;)

If you’re a fan of spooky movies, you’ll giggle at the almost cliché symbols, such as the creaking rocking chair, and the slamming door. The sound effects, too, are just on the borderline between scary and funny, so as a whole I think the ad is accurately pitched at its target market.

Bravo! What clever work, so well-thought-out and -executed by those spookily smart people at M&C Saatchi Abel!