Ad of the Week: Absa, rewriting the future

by Oresti Patricios (@orestaki) This TV commercial from T+W, called “The Girl Who Rewrote Her Future”, is an inspiring story from Absa, the red bank that keeps creating remarkable visual content to position its brand.

Absa has been producing a lot of quality marketing content, which is why it’s been featured in MarkLives.com often of late. In June 2016, the bank’s youth campaign — MegaU — caught my attention, and I see that Cheryl Hunter’s Shelf Life has carried a piece on Absa’s reinvention of retail banking at Mall of Africa.

But then Absa has been hard at work. This month the bank launched its new app and banking website, resplendent with humorous 404 messages, and it is also experimenting the blockchain — that which provides the encryption and security tech for crypto-currencies — and has become the first bank in Africa to join R3, a global blockchain consortium. Overall, there’s a very strong sense that there’s a lot of new energy at the bank, and that it is making some really smart moves to safeguard its future in a market that’s chaotic and disruptive. Perhaps Absa has paid heed to what banking innovation maven, Brett King, the CEO of Moven, said last year: “In five years, the biggest banks in the world won’t be banks; they’ll be tech companies.”

Another way Absa is securing the future is to invest in education as part of the bank’s ‘Prosper’ campaign. This commercial hits the soft spot with a TV mini-movie that tells the story of Senanziwe Ndlovu.

The ad, which is just shy of 3½ minutes, takes the form of a first-person narrative, based upon a true story. The pace is leisurely, with a slow piano piece adding to the mood. It ad opens with a beautiful dawn scene of a rural setting, followed by scenes depicting a humble lifestyle: washing hanging on a line, a scene glimpsed through a murky window.

“My name is Senanziwe Ndlovu,” says the young girl, speaking directly to camera. “This is my life. It is not special or different, but it’s mine,” she says, and the camera moves across closeups of a text book.

Ndlovu goes on to tell her own story, the narrative of how, after her mother died, she and her sister had to raise their siblings on their own. “Getting an education was the last thing our family was worried about,” she says, highlighting the plight of many who fall through the cracks in the poorer parts of South African society. 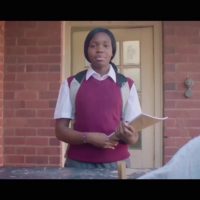 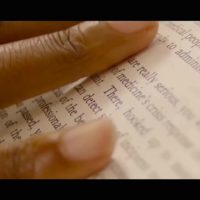 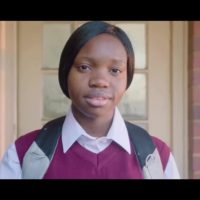 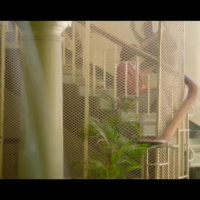 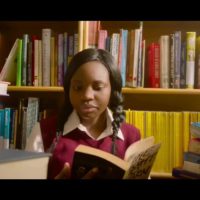 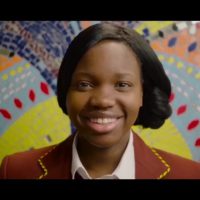 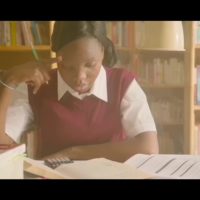 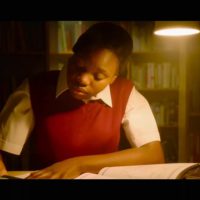 The visuals depict a sad Ndlovu sitting on the steps of her school.

Up to her to make a change

She talks about how her sister couldn’t help to pay for her school fees, and she was kicked out of school. Watching her schoolmates go into class, she realised it was up to her to make a change.

The music changes to a more upbeat theme, as Ndlovu tells of finding out about an organisation called Afrika Tikkun, a foundation that helps educate disadvantaged children. “They took me in and let me study in their library,” she says, and the camera shows warmly lit images of her studying, surrounded by books. “I felt found again. I felt like someone actually believed that I can be something.”

Ndlovu’s smile is infectious, and the uplifting music gives a sense of hope. The story continues to tell how she worked hard and, through persistence and determination, she was granted a bursary by the school. She went on to become the head girl, and matriculated with exemption. Next, she wanted to study at university, but again, financing was a problem. She worked in several places, and returned to Afrika Tikkun to help inspire and teach young kids. Eventually, through the foundation, she was awarded a bursary. She ends by saying, “The day my sister told me what my life would be like, I told her I had already decided my future.”

“When our youth prosper we prosper”

The screen fades to white, with the text, “Absa is proud to partner with initiatives like Afrika Tikkun that help people like Ndlovu prosper. We believe that when our youth prosper we prosper.”

What’s really great about Afrika Tikkun’s Youth Skills Development and Placement Programme is that it goes beyond education, and develops young people such as Ndlovu’s employability skills. Once training is completed, Afrika Tikkun goes the extra mile by placing young people in entry-level jobs and learnership programmes. This means that these youngsters enter the economy and start working in a country where unemployment levels are depressingly high.

A little research shows me that Absa launched its Prosper campaign in October 2013 with the hope of rebuilding “brand equity, relevance and meaning of our brand to clients”. Absa talks about the campaign on its website, saying “It was imperative for us to win over, or win back, the hearts and minds of customers as well as reaching out to new ones. It was time for setting the stage for a return to greatness.”

A big challenge for the banking group has been to articulate (both internally and externally) what the merging of Absa and British banking giant, Barclays, meant: in 2005, Barclays closed the lid upon a £2.6bn takeover of what was this country’s largest retail bank, by acquiring a 54% stake of Absa in July of that year. The Absa group was later combined with Barclays’ Africa operations, and its name changed from Absa Group Limited to Barclays Africa Group Limited in August 2013. “One of our greatest challenges in setting the stage for a return to greatness was to articulate what Absa/Barclays stands for (internally and externally) in South Africa”, Absa said of this transition period.

Now Absa faces a new challenge. In May 2016, Barclays announced its intention to divest from Absa by selling its 62.3% stake in the Barclays Africa Group. The marketing team is showing how they intend to do this — on the back of brilliant marketing, innovation and making things better for their customers. In a disruptive market, and an uncertain world, that’s surely got to be the best foot to put forward. Similarly, investing in education is a sure-fire way to improve this country. It is the best investment to help grow a nation with the aim of ensuring that it will prosper.

One Response to “Ad of the Week: Absa, rewriting the future”