Ad of the Week: Celebrating the heroes of Soweto ’76

by Oresti Patricios (@orestaki) Tomorrow, Wednesday, 16 June 2016, is the 40th anniversary of the Soweto Uprising and, to commemorate the event, the makers of craft beer Soweto Gold and The Open Collaboration (Openco) have produced a special-edition beer that also aims to do something positive for the leaders of tomorrow.

On 16 June 1976, a story unfolded that changed the nation and shook the world. This was a story of courage in the face of violent oppression, of a country at war with itself, and a generation that grew up in the trauma of conflict. The story of the Soweto uprisings has been a narrative that grabbed headlines from Paris to Pittsburgh and Poland. A day of extreme tragedy and loss, it would take another 25 years before the freedom the students of ’76 fought for would arrive. During this time the young freedom fighters of Soweto — those who survived — grew into adulthood.

Struggle against apartheid and oppression

What started as a protest against having to be taught in the medium of Afrikaans became a symbol of struggle against apartheid and oppression, and of the cruel Nationalist government that sought to crush this insurrection.

This week South Africa [and the world] celebrates that momentous day, commemorating the heroes of ’76 and those who continued the struggle throughout the ’70s, ’80s and into the ’90s. Paying homage to some of those heroes is SA’s “first regional township-branded clear craft beer targeting the aspiring black middle class” (according to the website at sowetogold.co.za). It’s called Soweto Gold, and it’s the flagship lager of MadMead Brewing Co., founded and run by Ndumiso Madlala, who was trained in the UK and Europe in traditional brewing production. Of the 12 years he’s spent in the brewing industry, 10 were with SA’s brewing giant, SAB.

Up until recently Soweto Gold was only available ‘on tap’, as a draft beer at a restaurant or pub, but the bottled product is slowly making its way into stores. In a Moneyweb interview, Madlala said he has already had enquiries from overseas, and plans to export the brand before the end of the year.

For this campaign, a special-edition beer, Soweto Gold ’76, was brewed at the company’s microbrewery, Ubuntu Kraal, in the heart of Soweto. It was allowed to mature in Jameson whiskey casks for 76 days, in order to achieve a higher-than-average alcohol level of 7.6%. Instead of the normal bottle, these special edition beers come in a black bottle with a distinctive, handwritten-style label in gold. 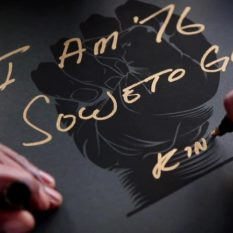 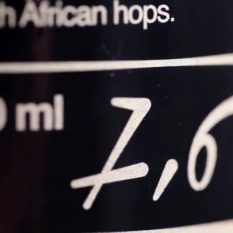 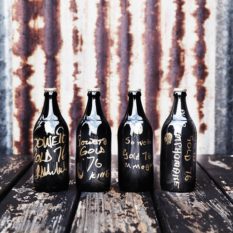 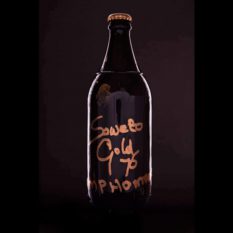 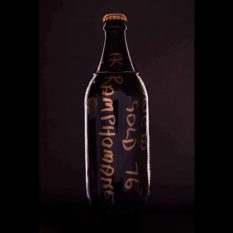 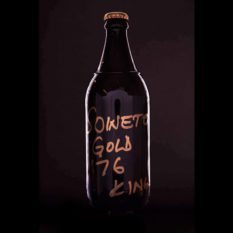 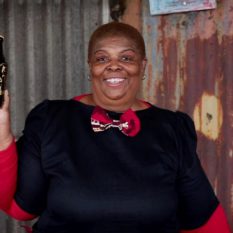 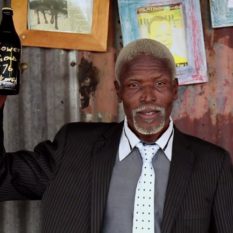 But this is not just about remembering and commemorating the past, and going beyond quaffing a pint of artisanal lager in a trendy gold-and-black bottle. The campaign also aims to have a positive outcome.

Seventy-six bottles have been pulled from this special edition, and 76 veterans of the 1976 uprising asked to create a unique label, using a gold marker pen. Each bottle is accompanied by a poster with a message from the person who’s signed the bottle. These special bottles are being auctioned on a Soweto Gold microsite (sowetogold1976.co.za), with the proceeds to go to the Dr Nthato Motlana Foundation’s “Spirit of Youth” programme, an initiative that aims to nurture today’s school leaders in Soweto and beyond. The auction closes at midnight on Thursday 16 June.

“Honour the contribution to freedom”

Say the makers of Soweto Gold: “The best way to honour the contribution to freedom by the class of 1976 is through another contribution by their very hands.”

This campaign from Openco proves that it is possible to build your brand while doing something positive for others.