by Oresti Patricios (@orestaki) There’s a narrative about this country that’s been hidden for far too long, but an innovative campaign by Geometry Global Cape Town, for the Iziko Slave Lodge Museum in Cape Town, is changing this. It features a calendar that commemorates a hidden aspect of local history: how the slave trade impacted generations of South Africans.

“None of us is truly free while others remain enslaved.” This quote, from Archbishop Emeritus Desmond Tutu, starts a two-minute mini-documentary about a part of our past that most people prefer to forget.

Back into public consciousness

Produced by the WPP-owned brand activation company, Geometry Global, for the Iziko Slave Lodge Museum, this documentary is part of a campaign that seeks to put the story of slavery back into our public consciousness, where it belongs. Between 1653 and 1856, over 71 000 slaves were brought to Cape Town. It was the inauspicious start of global trade, which saw captive humans traded for spices, tea and other commodities in an exchange system that ran from Europe to the Far East, Africa, the Americas and back to Europe.

The Slave Calendar communicates what has, up to now, largely been ignored and is a vehicle that communicates true stories told by the living descendants of those who had their first-ever possession taken from them: their names. Surnames such as Junies, September and Augustus are commonplace among the Capetonian population and, to pay homage to this history, the Slave Calendar has been created, with each month featuring a modern-day descendant of these slaves.

This campaign states that: “Few know that, upon landing at the Cape of Good Hope, slaves were stripped of everything, even their names. As property, many were renamed after the calendar month in which they arrived. Tragically, the history of South African slavery has been all but forgotten.” 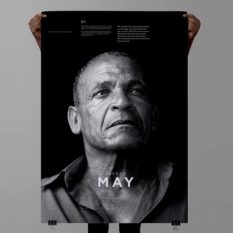 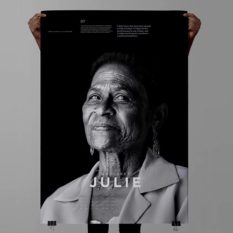 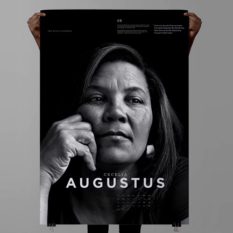 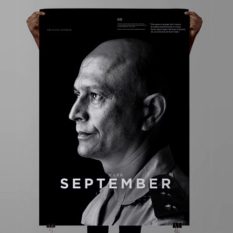 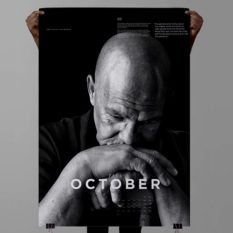 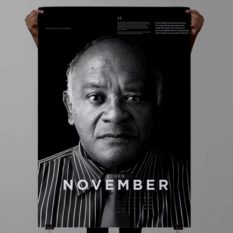 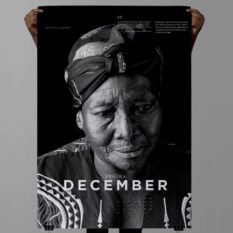 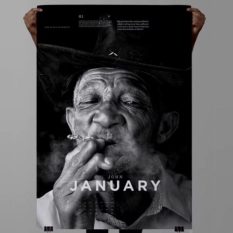 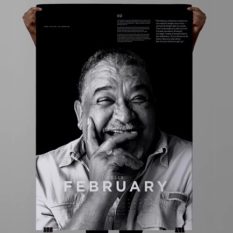 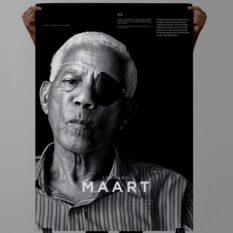 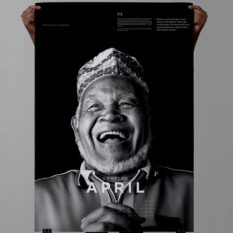 The calendar begins in May in celebration of 8 May 1996, the day SA officially adopted a new constitution which recognises the rights of all humans as equals and — finally — freed us all. Each portrait photograph is beautifully composed in black and white, and shot by David Prior, who lays claim currently to being the most-awarded photographer in the country, having won various prizes at Cannes, D&AD, One Show, Art Directors Club (ADC), Clios, London International, New York Festivals, Loeries and the Eagle Awards.

A lifetime in one moment

Prior has given each portrait a unique interpretation. Arthur Junies is shown holding a framed portrait of himself as a young man — an image that encapsulates a lifetime in one moment. Mark September is shot in semi-profile, so the focus falls on his ‘pips’ (the rank insignia on his epaulettes). John January is captured taking a drag on a hand-rolled cigarette.

Each photograph is accompanied by a quote which encapsulates the feelings of that person. For example, Cecilia Augustus is quoted as saying: “I am very proud of my surname. I’ve come a long way. My family has been here since the beginning. I’m part of the Cape.”

The two-minute video features a few short soundbites from some of the photographic subjects. “Your original surname was totally ignored, because—after all—you were a property,” says Felix February; Alfred May and Ruben November talk about how previous generations were embarrassed, and tended to ‘sweep things under the carpet’.

One of the oldest buildings in Cape Town, the Iziko Slave Lodge hosts exhibitions that explore the long history of slavery in SA, together with issues related to human rights. This building has had many names over the many, many years that it has been in existence. These include the Government Offices Building, Old Supreme Court, and the SA Cultural History Museum, which reflect the long, rich history of the building. The museum was renamed the Slave Lodge in 1998, with the hope that it would serve to always remind people of where we, as a people, have come from and those who suffered before us. The poignant theme of the lodge is “from human wrongs to human rights”.

The great Martin Luther King once said: “Our lives begin to end the day we become silent about things that matter.” Through the creation of this dramatic calendar, the past speaks again and reminds us of what’s important — what we should never forget.

2 Responses to “Ad of the Week: Celebrating SA’s hidden history”