by Herman Manson (@marklives) Tseliso Rangaka was one surprised man the day he was offered the top creative job at Ogilvy & Mather Cape Town last year, where he’d been working as creative director since 2013. “It was very daunting when I heard the offer. But I heard myself saying yes,” he remembers, grinning.

Chris Gotz, who had long held the creative reins at the agency, had taken up the position of ECD at Ogilvy Chicago. As news broke of Gotz’s departure, the wider industry was scratching its head, wondering which creative director Ogilvy Cape Town would tap to fill his big, if rather controversial, shoes. 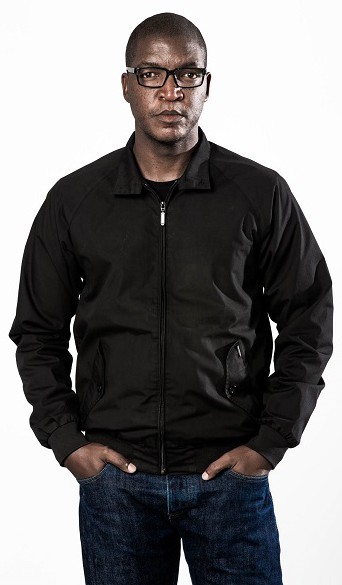 Rangaka has spent his career at only three agencies — “I’m a loyal person,” he quips — Draftfcb (now FCB Africa), Ogilvy & Mather Johannesburg and Ogilvy Cape Town. He appears low-key, like his boss Luca Gallarelli, who filled some pretty large shoes himself after taking over the managing director role from Gavin Levinsohn, and who continues to oversee growth at an already-substantial industry player. The two of them have established an obvious rapport, leaving egos at the back door and getting on with building arguably one of the country’s most-consistently successful agencies.

Rangaka was born in Rustenburg in 1974 and initially grew up with his grandparents; his folks were working in the Northern Transvaal, now Limpopo. His granddad was a school principal, and it’s from him that Rangaka learned a love for reading, and stories.

In 1977, the ‘bantustan’ of Bophuthatswana was established, and the young family moved to its capital, Mmabatho (now Mafikeng), after his dad received an appointment at the former University of Bophuthatswana, now North-West University. At school, he was encouraged to explore his creativity through subjects such as art (at which he was terrible; his ambitions were always larger than practical reality allowed).

Turn creative writing into a career

Rangaka studied journalism at Rhodes University, hoping it would serve as a backdoor into broadcasting. As he was wrapping up his degree, he found a discarded flyer of the AAA School of Advertising, which had visited the campus a week before. He quickly realised that the school represented a chance to turn creative writing into a career and wrote in for a diploma in copywriting.

After two unsuccessful attempts to get into Lindsay Smithers-FCB (during the second, HR asked him for his take on Euro vs Afrocentric work — he never heard from the guy again), he finally managed to organise a meeting with its then creative director, Eoin Welsh, who handed him his first job. He worked there for close on five years.

His folks, meanwhile, had moved down to Cape Town to start their own wine business, M’hudi Wines. Rangaka followed to help them launch the wine brand.

Thrown into the deep end

In mid-2007, he reentered advertising as creative director at Ogilvy & Mather Johannesburg, where he worked on the South African Tourism business, among others. Nobody really prepares creatives for the role of creative director, says Rangaka; you just get thrown into the deep end. It’s a very different way or working — suddenly you are managing multiple teams — but his stint at Ogilvy Joburg was good preparation and training for the next step in his career.

While he enjoyed Jozi, he had also gotten married and had a baby daughter and he wanted a more-balanced life for his family. When the opportunity to transfer to Ogilvy Cape Town popped up, he grabbed it. The Mother City is a good place to raise kids and he enjoyed the agency vibe, minus all the politics up north.

Then he landed the top creative job at the agency mid-June 2015, two-and-half years after joining. Upon accepting, he wondered how he would improve something that already works really well. What could he, as an individual, bring to the agency?

His first priority has been to settle down the studio, and to ensure that the people in his team are allowed to be as creative as they can possibly be (see “Ogilvy Cape Town and Gloo get together”). The studio can afford to be edgier, he says, to push itself more; it’s already one of the best in the industry: “Our work is our differentiator as an agency — but it is created by the people in this building. I want to help build the best agency for the best people to do their best creative work.”

His focus currently rests upon continuing to build the agency’s culture so that people feel valued, can grow and where trying new things are rewarded. He wants to attract the right talent — he wants Ogilvy Cape Town to be on every creative’s bucket list of agencies to work at — and he wants to set benchmarks for work produced by his teams.

So how did he answer the question put to him by that HR at Lindsay Smithers all those years ago? “South African advertising needs to develop its own voice; it is the only way we can show we are different. By emulating work, we just sound the same as everybody else,” he replies. Asia and South America have gotten this right, he says, setting an identifiably unique tone.

This doesn’t mean creating a voice that is isolated, but one that is part of the world, but with a distinctly South African lens. He mentions VW as a brand with a very SA feel to it and which celebrates what the country stands for. Localising global work offers a contradiction and simply masquerades as being from here, he believes.

Rangaka is also critical of the lack of transformation of creative departments, specifically, describing it as glaring, especially in Cape Town. The issue is more complex than lack of effort by individual agencies, he feels, saying there is lots of black creative talent, but that they show little interest in joining the world of advertising. But without transforming creative departments, agencies will fail in garnering trust from clients; right now, every insight goes through research as clients simply don’t trust that an untransformed creative team may offer real insights into the lives of the majority of SA’s citizens.

The industry needs to look beyond ad schools for talent (Rangaka himself having originally trained as a journalist). It needs to start exposing high-school kids to the industry as a possible future career path.

Rangaka says the next chapter at Ogilvy Cape Town will focus upon greater digital integration, but with the focus upon bringing clients onto this journey (or progressive briefs will not be heading towards agencies any time soon). He also wants a more outward-looking approach at the agency — the industry tends to stare at its own belly button — and Rangaka says it’s not keeping an eye upon consumers and what they want.

Finally, he wants to ensure the studio grows to be as diverse as the society consumers represent. We need to be speaking the same language, he says, and, right now, we aren’t.