by Oresti Patricios (@orestaki) In this week’s Ad of the Week from Y&R South Africa and Keith Rose of Velocity Films, Investec tells the story of a South African who changed her world against remarkable odds.

The TVC, “Promaths”, begins like a movie would. “Investec presents,” reads the sombre white-on-black title, “An out of the ordinary story”. The visuals are stark black and white, and the first image we see is a young girl standing on an eroded urban sidewalk. We can’t see her face, only her black school shoes, white socks and her skirt flapping in the window. The sky above her is cloudy and moody. In front of her is a street-art mural of youths, their fists clenched in protest.

Triumph over poverty and schooling

“Start with zero,” the voiceover begins, and as it does, the scene cuts to a pair of school shoes under a simple iron bed covered by a threadbare blanket. The narrator continues, telling the story of a remarkable young person living in a local township who entered the SA school system without a mentor to help her, and without access to the internet.

The story is told eloquently and using the analogy of a maths equation, which is incredibly powerful because this is not only the story of Lindiwe Zondo who triumphed, despite battling through poverty and an education system that failed her [and fails most local children who grow up in poverty or in townships.]

After years of volunteering with a civic education initiative called Partners for Possibility, I know the maths. This country’s public-schooling system is amongst the most expensive globally, but delivers the poorest outcomes. Yes, Nelson Mandela said “Education is the most powerful weapon that you can use to change the world,” but in this country, public education has lost the potential and power to enable children to change their [and our] worlds.

After two decades of democracy, SA’s public education is in crisis. Research by the Southern Africa Labour and Development Research Unit at the University of Cape Town shows there is a direct correlation between education and poverty. “Education plays an important role in predicting an individual’s position in the income distribution,” the research reads. “Education is the key variable in determining a) whether an individual finds a job in the first place and b) the nature of the employment and the level of remuneration.”

The horrifying statistics? In a paper by Ruksana Osman from University of the Witwatersrand, the professor and dean of humanities outlines the scale of the crisis: “80% of [the] 30 000 government-funded primary and secondary schools are not performing well. This means that the majority of the 11 million children enrolled in South African schools are attending underperforming institutions.”

People such as Zondo, whose story is told in the memorable commercial created by Y&R Johannesburg and Cape Town for their client. This ad was crafted by Keith Rose and his team at Velocity Films. Anyone who knows Rose knows that he is a legend because his work is set apart. Fine craftsmanship is what elevates this great piece of communication from Rose and those fine folk at Y&R. 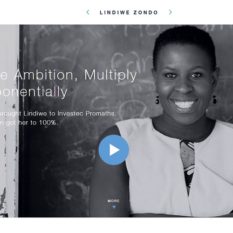 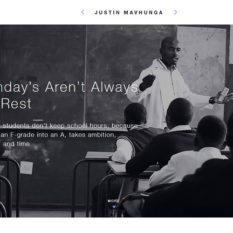 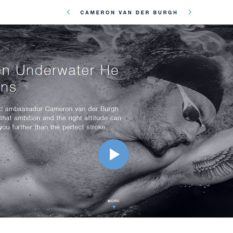 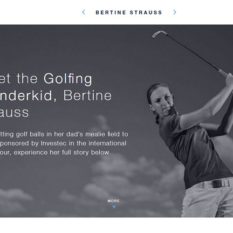 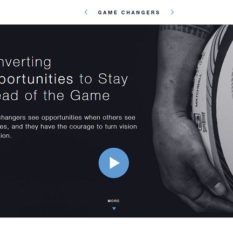 The end of this story is a happy one. Unlike the millions of people who are failed by SA’s public intervention system, Zondo’s story ends differently, and you can read it if you go to Investec’s site dedicated to this campaign at www.liveoutoftheordinary.co.za. What changed Zondo’s course was that she was fortunate to participate in a partnership forged between Investec and the Kutlwanong Maths, Science and Technology Centre that helps high-school learners improve their performance in science and — of course — maths.

As per the ‘Live Out Of The Ordinary’ site, it was talent that brought Zondo to the learning centre situated in Roodepoort, Greater Johannesburg, but it was ambition that ensured she achieved 100% for matric maths, as well as for science. Today, the Promaths graduate enjoys a budding engineering career.

Zondo’s is just one of the many #‎OutOfTheOrdinary stories you will find at Investec’s campaign site, which smartly positions the financial brand by telling the stories of everyday heroes. Others include that of Cameron van der Burgh, who won Olympic gold even though he has a swim stroke that’s far from perfect; Bertine Strauss, the golfing wonder, who went from “hitting balls on her dad’s farm to winning shots on the LPGA” — and more.