by Herman Manson (@marklives) Where do you take a design conference at the top of its game? If you are Ravi Naidoo, the maverick entrepreneur behind one of the world’s premier conferences. Design Indaba, you opt for radical change.

It’s a bid for relevance, explains Naidoo, in a time when every city is celebrating a design week, or hosting a design conference. The city, country and world into which Design Indaba launched in 1995 has long been left behind. What is relevant in a world that has since been Facebooked, Uberised and Airbnbed? 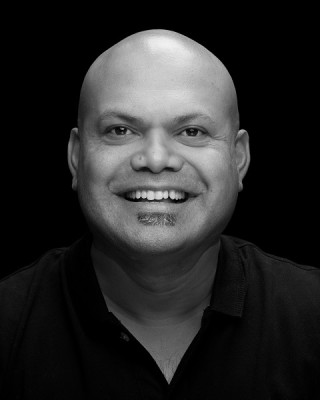 Not the famous Design Indaba expo, which has religiously brought creators and designers (600 in 2015) and consumers (tens of thousands) together at the Cape Town International Convention Centre (CTICC) every year since 2004 and contributed over R2.1bn to the South African GDP over the last seven years, according to the University of Cape Town’s Graduate School of Business.

Design spots did not exist in 1995; today, whole streets, even shopping malls, are built around creative and design industries. “Why empty a store and the high street and force consumers into a conference centre?” asks Naidoo. Instead, Design Indaba will this year attempt to push traffic to those design spots, amplifying its impact well beyond Cape Town.

The globally acclaimed conference, which has sold out of tickets since 2004, is also going through a transformation, moving from the CTICC to the Artscape Theatre, and broadcasting itself to a number of SA cities for a total audience of 5000 people.

Naidoo wants to transition the conference into a “Cirque du Soleil for the intellect” to ensure it stays well ahead of “generic design conferences”. Speaker presentations will involve an element of theatre, even spectacle.

He says he wants to reconceptualise what a conference can be and how speakers may present their passions and learning — musician Imogen Heap will mesh music with technology, with the Cape Town Philharmonic Orchestra thrown in for good measure. It makes it harder to find speakers willing to invest time and energy (Naidoo picks up the tab for the theatrical aspects of the presentations) and increases the risk for the organisers.

It also makes the conference “more dangerous”, a thought Naidoo obviously relishes. Design Indaba was never supposed to be a ‘how to’ conference; it has always had an interpretive element and that is what he wants to build upon. He is — in his own words — “dumping conferencing for Dummies” and stimulating the mind beyond the what one would usually expect from a conference or presentation.

Naidoo believes that, like the speakers he has lined up, the conference itself will be displaying its hybrid skills, building a resilient business model. His challenge to the audience will be to not simply listen but to experience the real life and business stories his speakers, all at the coal-face of modern design, bring to the podium stage.

Creativity is a muscle that requires exercise, says Naidoo, and Design Indaba aims to stretch that muscle. It also offer a challenge for and an opportunity to local designers to benchmark themselves against design leaders.

— MarkLives.com is a proud media supporter of Design Indaba 2016. Get our round-up of top ad and media industry news and opinion in your mailbox every Monday and Thursday. Sign up here!