Ad of the Week: Forget work

by Oresti Patricios (@orestaki) This week’s Ad of the Week proves the adage that there’s power in simplicity. With a zen-like series of visual puns based on the concept of a pie-chart-type design, M&C Saatchi Abel Cape Town has smartly positioned Flight Centre. 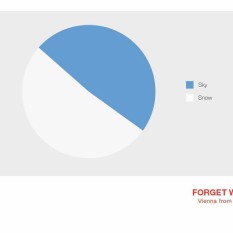 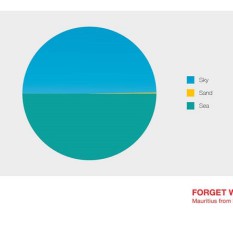 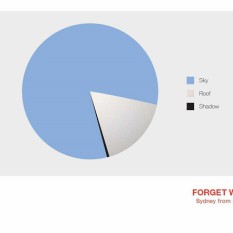 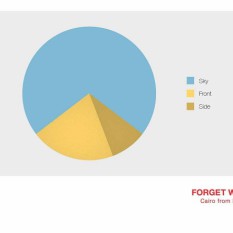 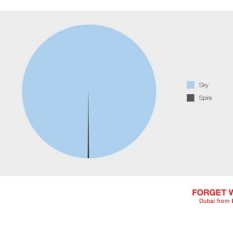 There are few things that symbolise business better than the spreadsheet and its companion, the chart. Bar charts, candlestick charts, graphs — all bring to mind tedious sessions in the boardroom where people were subjected to death by pie chart. Which is why graphs and charts have become fodder for memes with hilarious consequences.

Zach Weinersmith, in his web cartoon “Saturday Morning Breakfast Cereal”, delights in applying scientific-looking charts to topics as varied as potential zombie attacks, movie plot lines and dating. Similarly American comedian, musician, actor and artist Demetri Martin regularly uses charts to illustrate his offbeat comedy routines. A laugh-worthy example of this is the pie chart of procrastination, which comes in at no. 18 in this BuzzFeed ranking of Martin’s top graphic gags. And then there are the memes, the wonderful, hilarious and silly memes that make you laugh out loud.

So, it could be said that using charts in an ad campaign like this are an ‘obvious’ source of inspiration, but — as always — execution is the key. In this case, M&C Saatchi Abel uses a well-conceptualised set of pie charts to sell the ‘opposite’ of work — ie holidays.

The print campaign comprises a series of charts that tell a hidden story: each image seems to be a standard pie chart, but look with a lateral eye and you will see something else. The slogan, “Forget Work”, hints at this. The chart’s key, which tells you to look at the blue not as a value, but as “sky”, or the white as “snow”, completes the picture.

In this way, a simple blue-and-white chart becomes a skiing piste, and below the slogan are the words, “Vienna from R7490”, with a Flight Centre logo. Similarly, a chart with blue, yellow and turquoise becomes the sky, sand and sea of Mauritius; blue plus white plus black gives you a particular angle of the Sydney Opera House; blue, yellow and brown is obviously an Egyptian pyramid; and, finally, the Khalifa Tower of Dubai — the tallest artificial structure in the world — is represented by a simple black sliver in the blue.

The fun in this campaign is in guessing what the destination is, much like the simple line drawings doodles we used to do in school as kids and that we used to get our friends to guess as part of a gag. And, which I have subsequently learnt, are called ‘droodles’.

But back to the ads. The graphics are consistent in design and colour palette across the campaign, the copy is succinct and ties in with the brand identity — all in all, a thoughtfully executed campaign that is suited to the medium and speaks to its target audience. What’s even more clever is that they are meme-worthy, and have the potential to go viral.

Sadly the ad doesn’t use a hashtag, which would have strengthened the campaign, and made it easier to share on social media. I also think that M&C Saatchi Abel Cape Town missed a trick by not getting crowd involvement in the campaign: a competition getting people to submit their own dream holiday destination using the pie chart idea would have been just the ticket. I’d also love to have seen more of the campaign on Facebook, Twitter and Instagram — places where people naturally engage with memes and viral-like media.

However, this doesn’t take away from the fact that this is a good campaign with legs that can be extended in many wonderful ways.

Now excuse me while I go and plan my next holiday… although sadly that might only be in 11 months’ time!