by Herman Manson (@marklives) Wayne Naidoo quietly reentered the South African ad industry at the start of the year with the low-key launch of his agency, Duke. He’s taken his time to figure out what makes the agency different, and he believes he’s found his answer. “No matter how quickly communication evolves,” the company website boldly declares, “we have one responsibility: we sell. Everything else is in support.”

Naidoo resigned as group CEO of Lowe + Partners SA in September 2012 after leading that agency for 15 years. At the time, he was serving as chairman of the ACA (Association for Communication and Advertising of South Africa). Naidoo initially became chief marketing officer and then business development executive of financial services company, AFB.

It’s his stint on the executive of a multinational financial services brand that made him experience firsthand the conversations that really take place at that level of a business — and it did not include marketing. A large part of the conversation that did take place focused upon technology, innovation and entering various key African markets. Even his job evolved, from marketing officer to business development. 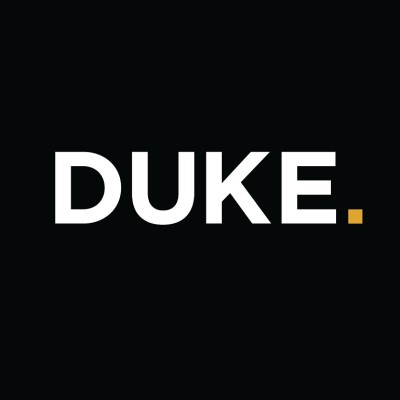 What agencies are forgetting

According to Naidoo, agencies are forgetting consumer insights to focus upon channels instead. But ad people are uniquely placed to solve problems — it’s what they do every day — and Duke’s offering includes unpacking and helping solve business issues, even if it has nothing to do with communication.

Naidoo, who helped launch AFB into various African markets, says the local ad industry don’t understand its northern neighbours. His contacts in, and knowledge of, African markets are a part of what he says sets Duke apart from industry rivals.

The recent merger-and-acquisition spree that has seen many medium-sized agencies combined for scale has left a lack of independents in the markets — another opportunity Naidoo has identified for his agency.

Duke sets up what Naidoo refers as a “brains trust” for each client: a programme that brings people with industry experience to counsel the business. They can talk performance and portfolio positioning, rather than billboards, he quips. He talks about “creative collaboration” when he discusses the outsourced component of Duke’s output.

Peter Badenhorst serves as Duke’s chief creative officer. He had been CCO at Ogilvy Africa, Ogilvy Johannesburg, Ogilvy Cape Town and M&C Saatch Abel (where he as a founding member). Naidoo had recruited him as executive creative director for Lowe + Partners, and then asked Badenhorst to join him at Duke when he started up. Nino Naidoo serves as head of operations. She joined Duke from Woolworths, where she served as head of traffic (she and Wayne are also married).

Duke’s first client was the SA operation of CheapFlights.co.za, although this is quickly expanding to include international work. The agency has been working with the CheapFlights team for over nine months. In all that time, it has needed only one 45-minute face-to-face meeting; the rest is done over Skype. Next the agency signed Warwick wine estate; film services group, Silverline 360 (Media Film Service, MovieMart, refinery and Searle Street Post); and, most recently, Namibia Breweries.

Duke is a level 1 BEE agency and employs seven people. It currently makes use of another seven freelancers. It’s been self-funded and has progressed from the Naidoo living room to office space at Upper East Side, in Cape Town, to the city CBD.

It’s not been an easy ride, says Naidoo, but opportunities for the agency remain enormous. As with most agency startups, the bulk of revenue is derived from project-work, but this is changing as Duke proves its worth.

Naidoo himself was named after the actor, John Wayne; he says his farther was a huge fan. When he had to come up with a name for the agency, he realised that the actor’s nickname was Duke: “It just made sense — also in memory of my dad, of course.”

The agency hopes to expand to Johannesburg soon, as well as to do more work in African markets outside of SA. “I know who to use [for implementation] and how those markets work,” says Naidoo confidently.

2 replies on “Wayne Naidoo on new agency Duke: “We sell””