Ad of the Week: The magic of a mother’s touch

by Oresti Patricios (@orestaki) Thanks to Owen Kessel Leo Burnett, the special bond between mother and child forms the key focus for a really beautiful advert for Lennon, a brand of traditional Dutch medicines (owned by Aspen) retailed in supermarkets and pharmacies.

The magic of this bond has been frequently researched by scientists because it plays such an important role in the health, wellbeing and development of children. I read a remarkable article in Scientific American the other day which highlighted recent research showing that stressed kids may be soothed by a hug or a phone call from their mums. Incredibly, both work equally well for kids.

The one-minute TV commercial follows a simple but effective format. First, it asks mothers what they do when their kids are feeling ill, then it asks the kids what their mothers do, after which the mothers get to watch their children’s answers.

The ad starts with a shot of an empty studio. The text on the screen reads: “Lennon, a trusted range of South African medicines, wanted to remind moms that medicine is the smallest part in making sick kids feel better. So we asked moms what they do when their child is sick.”

The moms interviewed talk about the symptoms their kids display when ill, using medication, providing palliative measures and calling the doctor. Next it’s the children’s turn. They all talk about the comfort they get from the emotional care they get from the mothers they love. “My mom can make me feel better with a hug and a kiss,” says one boy, which sums up why moms are so special to their kids.

Of course, the moms, who watch the recordings on a screen, are moved by what their children say about them, and the tears rapidly start to flow. “They don’t remember the medicine. They remember you,” is the final tagline, and the ad ends with a montage of the moms hugging their children.

It’s a charming and beautiful experience to see the epiphany that the moms undergo, and to hear what their children say about their mothers. I was deeply moved by a part of the ad in which the children get to express how important moms are in the healing process. 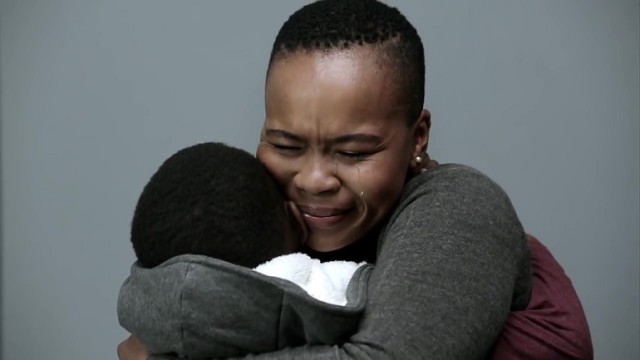 According to the intro on Owen Kessel Leo Burnett’s YouTube channel, where the ad is being shown, “[t]hese are real moms with their real kids. No acting required” — and it shows, because, although it’s all beautifully lit and filmed, there is no faking the love between a mother and child. It’s this authenticity that makes the ad for me, and will no doubt have many people reaching for the tissues.

The bond between a mother and child can be more than special, more than magical. This connection affects the future fate and development of that child. Lennon and OwenKessel Leo Burnett know this, and deliver a message that is universal, but that smartly aligns the brand with that magical bond, the unconditional love that exists between a mother and her child.

Credits (via Ads Of The World):