by Oresti Patricios (@orestaki) Tourism is a critical part of the South African economy and, because our political situation attracts a fair share of negative media, it’s important for local tourist destinations to have powerful and persuasive campaigns.

Cape Town Tourism has been running a fun, yet powerful, online campaign by Design Infestation that promotes the city as a destination “for all seasons, for all people”. Whether you’re a foodie, an adrenalin junkie or a culture vulture, the message in the advertising is that Cape Town has something that will appeal to you. 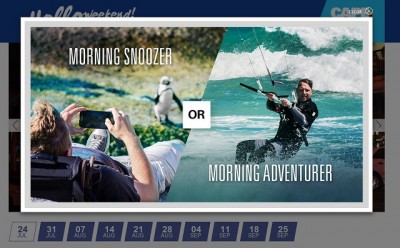 Let’s face it — Cape Town isn’t a hard sell. The New York Times put the Mother City at the top of its list of 52 places to go in 2014. The city was named as one of Travel & Leisure’s best places to visit in 2014, while The Guardian elected Cape Town as the no. 1 holiday hotspot in the UK news media’s 2014 top destinations list.

Good advertising and a powerful editorial campaign can make a big difference in tourism, and in helping people to decide where to go on holiday. And this is not the first time Ad of The Week is highlighting a Cape Town Tourism campaign: in September 2013, I wrote about #LoveCapeTown, which was a runaway success.

In its 2014 Annual Report, Cape Town Tourism says that the #lovecapetown campaign achieved a record number of 42.2m appearances via Twitter (a 14% increase year-on-year), while the city’s winter campaign increased sales by some by 20%. It’s likely that this latest campaign, initially running 1 May–31 July 2015, has been doing just as well.

The primary campaign message is that Cape Town is a great place for a weekend getaway, so presumably targeted mainly at the rest of South Africa. 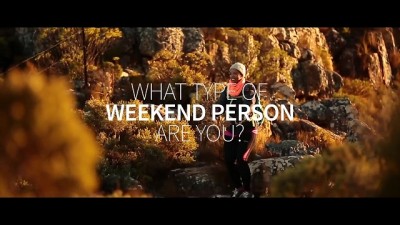 The microsite, www.helloweekend.capetown, loads blisteringly fast — that’s something one can’t say often these days. The first thing one is greeted with is a pop-up that asks, “What type of weekend person are you?” with the option to click on “Let’s find out” or “No thanks”. The latter option will drop you to the default page where you can explore all the options but, if you follow the short, visual questionnaire — which asks questions such as “Morning snoozer or morning adventurer?” — you will end up with a more customised version of the site, which suggests activities and weekend packages that you might enjoy.

Once you have been ‘profiled’, you are given a few weekend packages that you might enjoy, such as the “Making Memories Weekend”. The details page then gives you a lowdown on what is happening on that particular weekend. Some of these are specific to that date, and some are more general, such as zipline tours, health spas and wine-tastings.

The site is well laid out, with links to the sites belonging to specific activities that are mentioned and, while it has lots of great imagery, it never gets bogged down in detail.

This new campaign from Cape Town Tourism is an enticing invitation for anyone wishing to escape to one of the world’s most beautiful, vibrant and culturally-rich destinations. 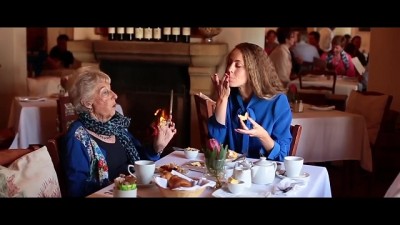 And for anyone living in Cape Town who may complain that tourism congests the city that lives in the shadow of that mountain, consider this. In a recent interview with News24.com, Cape Town Tourism’s CEO, Enver Duminy, stated that the economic value of tourism to the city for 2013 was set at some R14.3bn.

These billions grease the wheels of commerce in the city, and keep many small businesses afloat. Without that income, the ‘mother city’ would hardly be as economically viable as it is. Tourism is vital to the metro’s economy and, given the twin challenges of poverty and unemployment in SA, efforts that successfully boost regional income must be applauded.

So this week I’m giving a standing ovation to Cape Town Tourism and its advertising partners at Design Infestation for a campaign that’s not only masterful, but that betters our economy.