by Tom Fels (@thomasfels) Inspiration. It comes to some in long intense doses and others in a flash of light. I was lucky enough to get a taste of both while in New York recently for a conference on making creative ideas happen. 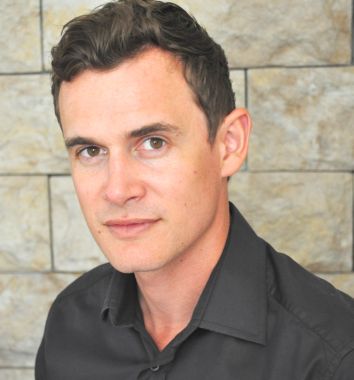 While the whole experience of being in the city that never sleeps was enough to stir something deep inside, my flash of brilliance was a chance meeting with Seth Godin — one of the incredible minds I’d largely been hoping to see.

What to ask Godin?

I was on my way to lunch and strolled past a few delegates and fellow speakers chatting to this icon of our field. After a quick double take, I pivoted into line to wait my turn and, while standing there, I was struck by the question:

What could I possibly ask to him that would allow me to gain some meaning from the experience?

My first thought was that I’d tell him about how great his books are and how he is such a pioneering mind. That would have bored him to death, as he’s likely had a thousand interactions like that. Instead, I stepped forward to a warm greeting and went with whatever came out of my mouth first.

I told him about my impressions of the conference from the perspective of an agency adman from the bottom tip of Africa, which was that I had an overriding feeling that we are far behind the leading edge and could never really catch up — but that it felt okay. It felt okay because all the principles about which he writes and speaks, as well as those of his peers at the conference, felt as equally applicable to our situation as any of the leading cities and countries in the world.

His response was remarkable. He told me he thought we weren’t behind at all, for being behind was wholly relative. In many aspects New York is behind, the United States is behind. And, in the bigger picture, the concept of relative comparison makes that difference insignificant. Perhaps we are right where we need to be for our marketplace and for what it is able to sustain.

It was a smart answer from a very smart man. Confident I didn’t have another gem up my sleeve, I thanked him for his time, snapped a quick photo for posterity and strolled on, certain I had been enlightened by someone who simply ‘got it’. Godin had spoken.

Weeks later, his comments still reassure me, as they should you. No matter what the size of your agency, the stage of the business life cycle you may find yourself in or the state of your client base — there is a method in the madness to where you are today.

You’re on a journey, not the fast track, to a destination and — no matter where you find yourself — chances are you’ll do just fine. Relatively, of course.

So sit back, soak it all in and enjoy learning from the experience; in a few years, you’ll look back to see how far you have come.

With a decade of local and international experience in leading independent brand consulting, design, shopper marketing and integrated advertising roles, Tom Fels (@thomasfels) has gained a deeply relevant understanding of the dynamics of independent agencies. His skills are put to work daily as group managing director of MACHINE.

One Response to “Indy Ad Exec: A message from Seth Godin”