South Africa has slumped to a dismal ranking in global connectivity speeds. But we know what is needed to fix our broken Internet, writes Arthur Goldstuck (@art2gee).

The news this week that South Africa was ranked 80th in the world in average Internet connection speeds didn’t come as a surprise, but it did shock many. The same report, from global network services company Akamai, showed this country was ranked an even more dismal 126thin average peak connection speed.

While that does not measure the number of people or devices using the Internet, it is worth noting that, in 1996, South Africa ranked 14th in the 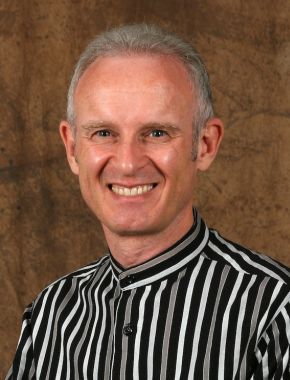 world in number of computers connected to the Internet. From ranked to tanked, one could say.

The key question now being asked is, what can be done about it?

Quite coincidentally, this month also saw the appointment of a new Minister of Communications, Yunus Carrim, who has declared himself open to listening to the needs of telecommunications users.

In this context, as was noted in the Internet Matters report produced by World Wide Worx and Google in mid-2012, Government does indeed have a central role to play in ensuring universal access to Internet services. Moreover, it must create an enabling environment for infrastructure development and competition, and a policy framework that allows for the lowering of costs, the promotion of digital literacy and innovation.

Practically, what does this mean? The excuse often given is that the problems are obvious, but the solutions complex.

That may well be the case, but much of the complexity is of the Government’s own making. The one overriding recommendation made in the report was that regulators and Government policy-makers apply the greatest urgency to removing obstacles in the way of Internet access evolution in South Africa. In the past year, instead, every effort appeared to be made to keep the obstacles in place.

In particular, it made no progress in licensing high-speed access technologies, specifically LTE. It made no progress in Local-loop Unbundling (LLU), which would allow other service providers access to Telkom-controlled exchanges, and to roll out fixed-line broadband services made possible by those exchanges.

The result? Mobile broadband speeds were kept artificially low, and fixed-line broadband was confined to a single, monopoly provider.

It short, it should therefore be obvious to the new Minister what is needed. But, in case there is any confusion, these are 14 key steps – all still unsatisfied more than a year later – we recommended in the Internet Matters report:

1.     Allocate spectrum for high-speed wireless access, in particular 4G or Long Term Evolution (LTE), according to ability to make such access available to the highest proportion of the population, in the shortest possible time.

2.     Ensure that licensing of new broadband technologies, such as LTE, be treated with urgency, in order that South Africa not be seen to be falling behind, or in reality falling behind, in the roll-out of those technologies that make the Internet more efficient and effective.

4.     Immediately withdraw spectrum allocation from entities that have “owned” it for many years without using it, and reallocating such spectrum.

5.     Refine the broadband policy framework developed by the Department of Communications to ensure that the definition of universal access takes into account the need for Internet access in every home, rather than at a community level.

6.     Ensure that roll-out of high-speed technologies, such as Fibre-to-the-Home and LTE, is not constrained by regulatory delays and unrelated priorities or agendas that result in inaction.

7.     Assist in the lowering of costs of access devices and equipment, through lowering or removal of duties and taxes relating to these products.

8.     Remove all bottlenecks in the way of digital terrestrial television migration, and providing a clear framework for utilisation of the “digital dividend” of broadcast spectrum that will be freed up subsequent to this migration.

10.  Provide greater funding for centres of technological excellence and entrepreneurship.

11.  Provide greater incentives to small enterprises to engage with the Internet economy.

12.  Reduce the red tape and paperwork required to leverage these opportunities.

13.  Provide easier and more transparent access to Government tenders, both in terms of the initial tender opportunity and the eventual tender award.

14.  Make as many Government services as possible available online.

Quite easily done? Of course not, but let it not be claimed that we don’t have a roadmap for what needs to be done.