Marketing at the end of History

By Rudy Nadler-Nir (@rudyn)  Early 21st century society is adopting globalised political and cultural principles and subjects both to business paradigms. Products and services are measured by reputation, as expressed through peer-to-peer interaction. Marketers may find it increasingly difficult to differentiate their brand.

In 1989, American political scientist Francis Fukuyama generated an enormous amount of interest – and controversy – with an essay named 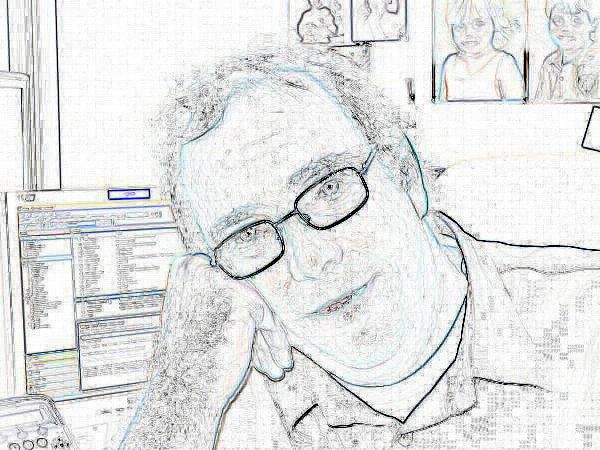 “The End of History?” in which he set out an intriguing, some said revolutionary, premise.

The world, he said, seems to be dumping existing ideologies like hereditary monarchy, fascism and communism and moving towards a global, liberal democratic system of government.  He pointed out that, while the twentieth century saw the developed world descending into horrendous acts of ideological violence, it ended with economic and political liberalism.

The so-called ‘Western idea’ overshadowed, then annihilated, other ideologies – so 1989 saw a world in which there were no viable systematic alternatives to Western liberalism. Throwing his ideological cat among the pigeons, Fukuyama said that it may very well be that liberal democracy constitutes the “end point of mankind’s ideological evolution” and the “final form of human government,” and as such, it may have heralded the “end of history.”

In other words – since humans seemed to be opting for a globalised, liberal political system, one that can be easily exported and transferred to anywhere in the world — there will soon be very few differentiators between nations, since the ‘one-size-fits-all’ nature of this portable liberal democracy precludes differentiating ideologies.

A ‘globalised’ political system had increasingly offered ‘universal’ ideologies that subsumed, then replaced, unique national ideologies. And of course globally politics is increasingly being exposed to – and influenced by – global business players.

Unsurprisingly, Fukuyama’s idea did not go down well with the powers that be – political, financial and academic. In subsequent written works, he hastened to explain his use of the term ‘history’ — which, he says, many people understood as a linear series of occurrences, or events. His view of history, however, was of an evolutionary process encompassing human experience through time.

Simply said – we live in an age in which networked existence, based on quick, reliable and, by-and-large, cheap transport, globalised language capabilities and currency systems, as well as incredibly fast delivery infrastructure, made the world much smaller.

News networks and the Internet push information at lightening speed, and social networks allow people to communicate across time, distance and, often, language barriers. And so, nations, who were once differentiated by unique ideologies and life-choices, are hardly distinguishable from each other. In this one-system-fits-all, old ideologies may seem anachronistic and irrelevant. It is not difficult to see that most – if not all – political reversals in the last four decades have sought – at least partially – to replace existing systems of government with liberal democracy.

The question arises, then – if no substantial ideological differentiation exists between nations, how does this affect their culture? And if the importance and relevance of both culture and history becomes diluted by one-size-fits-all ideology and culture, what future do symbolic expression, creativity and imagination have?

Historian Jacques Barzun says that humanity is reaching a point of no return – he sees it as “the levelling of the ground, the wiping clean of the cultural slate.” Echoing Fukuyama, Barzun says that we are witnessing “the liquidation of 500 years of civilization – the entire modern age dating from the Renaissance.” Great periods come to their inevitable death, he adds, through “exhaustion and self-destruction combined.”

Barzun is out for the so-called Esthetic Man – an “all-devouring” being “who want(s) the entire cosmos drawn like a wire through (a) single keyhole… symbolized by the ghastly word creativity, which all these poor gulls have seized on as the prize that life denies them.”

The iconic historian then administers to Esthetic Man what could only be described as a good old bollocking:  “[e]very job must be creative. All schools fail that do not develop creativity in their children.” Barzun concludes, acerbically, that Esthetic Man should be “extinguished as a true act of mercy.”

Thankfully, he says, some modern artists are trying to counteract Esthetic Man’s legacy by offering art that is ‘disposal, minimal, accidental, and junk,” which they use to ridicule (‘fool’) humans who do not listen or see, and that are “full of notions” and of expectations for “copies of the great masterpieces, or derivatives of them.” These “fooling arts” keep art-seekers in a constant state of awareness, of perspective.

Marketing and the end of History

The transformation to reputation-based decision process, one in which people use peer-based networks to obtain advice from like-minded peers, puts massive pressure on marketers. Barzun’s ‘fooling arts’ came out of a growing disrespect for authority — who, many believe, has lost its credibility through greed and corruption.

Marketers, who were always an external voice to that of the crowd, need to move quickly to understand the principles under which positive reputation may be achieved.

Modern analytical systems take it for granted that on many social networks, peers can help or hinder reputation, they can collude – or generate a planned wave of positive or negative sentiments, and they can also predict the success or failure of products or services. Marketers are called on to put in place consensus propagation systems, through which peers help to share positive views of a brand or a service.

According to MIT’s Chris Dellarocas, one needs to be able to harness “the collective intelligence of crowds and communities.” He reminds us that user-generated content platforms, open source software, crowd sourcing, knowledge markets and other online activities are all based on inviting “large numbers of loosely networked users” to “create or evaluate products, content or ideas.”

In their book “Building Web Reputation Systems”, Randy Farmer and Bryce Glass argue that it is not a simple matter for “random and disparate reputation statements” such as the ones one find in opinionated conversations, to “cohere and become a reputation.” Generally speaking, one needs to use “sources of opinion” to define “the best reputable entities,” and codify the various claims made by those sources.

If we accept that reputation should become the core driver of market-related opinion, laid bare by the move towards globalised, ‘portable’ political and cultural systems, then it follows that marketers should focus on the collective intelligence of crowds and communities, in order to fill the gap left by the obliteration of erstwhile opinion gathering tools and marketing strategies. 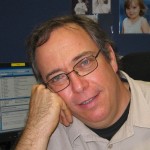