by Herman Manson (@marklives) NATIVE is correcting course after facing some difficult challenges following its entry into the market. Its peers seem to have written off the agency, racked after its creation by above normal staff churn, trouble at winning new business and a perception that it had failed in delivering on its stated aim of becoming the lead digital agency with clients. MarkLives sat down with CEO Jason Xenopoulos, MD Jarred Cinman and Chief Marketing Warrior Ben Wagner for the flip side of the story.

The agency was born just over two years ago through the merger of digital centric businesses Cambrient, Stonewall+ and Brandsh in a bid to combine for scale and to merge their respective skill sets – web design, mobile social media and web CMS.

Launched in late 2010 with a staff of 120 and a client list that included General Motors, Standard Bank, Seacom and DStv, NATIVE had hoped to take the sting out of traditional agency efforts to beef up digital skills in-house by building a strategy orientated digital offering that outpaced anything traditional rivals managed to pull together. Not happy to be a production house NATIVE was designed to compete on strategy with other client agencies.

For more than a year into the merger the agency leadership team was, by their own admission, obsessively introspective as it struggled to make 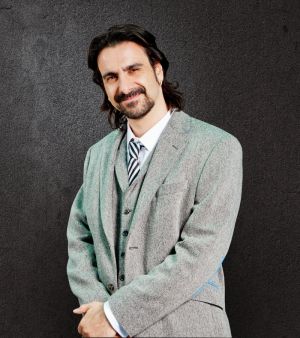 decisions in the ‘merger of equals’ – a process made all that much harder by an excessively large management structure inherited from these former businesses.

CEO Jason Xenopoulos admits the agency experienced instability and disruption following the merger. “What you know intellectually about going through such a process [merging different businesses] and what you experience emotionally are two very different things,” says Xenopoulos. “I do believe that ultimately it [lunching NATIVE] was worth it. It was just a lot more painful than we expected on the way in.”

MD Jarred Cinman describes a merger as an arranged marriage – the result was a brand with no initial meaning. Organisational culture had to be built up piece by piece by people who already had set cultures within their own organisations.

None of the founders of the three original businesses that make up NATIVE today had dreamed to start this business, says Cinman, for each their dream business was already in operation.

Facing financial trouble and negative perceptions around its brand and reputation the business had to urgently reinvent itself yet again – a task its leadership started just over a year ago.

NATIVE jettisoned its unwieldy management structure that included four CEO’s (Xenopoulos plus the CEO’s of each of the merged companies). Xenopoulos says at first he and his colleagues adapted a consensus based decision making process – but this meant decision making took a very long time – if it happened at all. Reconciling differences became an all consuming process.

Today an exco of three  (down from 12) makes operational decisions on a day to day basis. It has lead to a radical improvement in the business and in morale inside the agency.

As a result the organisational culture is growing more settled and better internal processes have been put in place to deal with any potential client or staff issues. Members of the management team have been deployed to make optimal use of their skills (Xenopoulos for example moved from operations to become the client face for the agency, day to day operations moved into the hands of Cinman etc.). 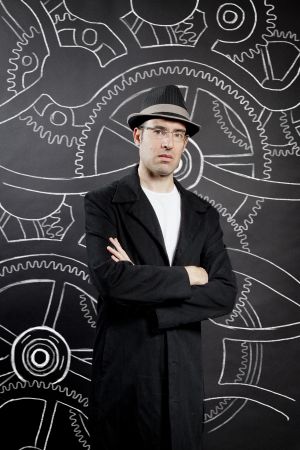 Cinman agrees endless discussions to find consensus between members of the initial management team was no way to run a business. The agency had to start getting things done. Granting real authority to individuals was a massive leap forward and facilitated the turn-around strategy.

This allowed members of the management team to stop obsessing with ‘being nice to one another’ to focus instead on ‘performing together’ according to Cinman. Xenopoulos adds that the endless internal debates, which cost the agency a number of pitches, have subsided since the structural and cultural changes were implemented, with attention and focus moving to client side, while the potential of especially the senior management team has been optimised.

The implementation of the NATIVE client tribe structure, which allows for smaller team groupings that centres on individual client requirements, has been a key development at NATIVE over the past 12 months, says Wagner. Teams, or ‘tribes’ in NATIVE parlance, have been given more freedom to innovate and come up with solutions.

Now there are five ‘tribes’ operating within NATIVE, each with its own leadership team, and Cinman goes as far as to describe them as ‘5 mini-agencies’ operating under the NATIVE banner. Each tribe is run as a business. The structure allows tribes to grab opportunities as they arise and make teams accountable to the business (through the performance of their tribe).

Tribes are built from the ground up with resources allocated to it as needs arise. In another departure NATIVE has been investing heavily in building a stable and strong creative team continuing the move away from production facility to agency, says Cinman. Ryan McManus was recently appointed as Executive Creative Director at NATIVE. It has also built out the strategy team  taking its membership from three to nine.

The high staff churn has diminished. Xenopoulos says the core management team has been stable over the past two years but initially the 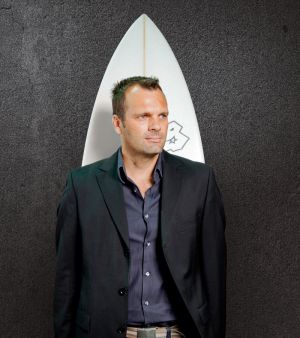 combined agency lost people after the merger and losses continued as the agency initially failed to define itself or build a coherent company culture. Former NATIVE staffers dot the industry and helped spread word of its initial internal dysfunction. The agency is addressing the problem through a staff alma-mater that it hopes will provide incentive for former staff members to see changes at the agency and adjust their views accordingly.

Cinman says the performance driven culture at NATIVE is hard on people and only the best will make it in the business. It’s not a soft work environment and the business won’t carry under-performers, according to Cinman. Xenopoulos was similarly dismissive of former staff bad-mouthing NATIVE in the industry.

Cinman argues that early churn was not all the fault of the management team but resulted through a combination of factors including poaching of scarce digital skills by big agencies and Generation Y’s tendency to move around in the work space. Cinman and Xenopoulos seems to feel selective amplification of the truth gave the business a bad rap initially.

As those ex-staffers move into the broader marketing and ad industry it is hard to see how positive momentum can be maintained over the short term without genuine attempts to neutralise their often negative perceptions around the NATIVE brand.

Xenopoulos and Cinman can come across as brash and defensive in responding to critics and unhappy ex-staffers which does little to settle attitudes. The agency will need to walk the talk if it really wants to change perceptions and rebuild relationships in a small and tightly bound industry. Wagner, the clever and mildly spoken agency diplomat, will probably fulfil a key role in this essential task.

Internally the business is working hard on building a unified culture and opening channels of communication with staff. Some of the new practices implemented over the past couple of months include how achievements & milestones are celebrated, how new team members are welcomed, the launch of an internal social network and the implementation of various staff learning forums such as NATIVE Axe Sharpeners, the NATIVE Academy and NATIVE Arts.

Wagner, who ran Stonewall+ before the merger to form NATIVE, stands by the decision to build the new merged business. The blurring of lines between what was considered traditional advertising and digital advertising happening faster than expected. Wagner for one believes his original digital design business would have been made obsolete by changes in the industry as stand alone, if not already, then soon.

As tangible proof of the successful turn-around strategy at NATIVE Wagner says the agency has finally managed to secure the lead agency role on a number of clients “which represented a significant shift in the way that clients are now viewing our role as brand and conceptual creative custodians. The work that will be executed extends way beyond the digital canvass and includes all manner of through-the-line executions.”

According to Wagner the turn-around process has catapulted NATIVE into becoming the second largest digital agency in SA in revenue terms (close to R100 million), the third largest in staff count (150) and in the top 5 creatively.

Cinman says digitally-led full service agencies like NATIVE will win against traditional outfits with digital capacity unless those agencies pull digital teams into senior positions inside their agencies – something the NATIVE team says appear unlikely as most agencies are buying digital outfits and housing them in silos or as an add-on service outside the primary business.

Xenopoulos is confident that the business has finally put behind it debilitating process and cultural issues, a string of lost pitches and financial difficulties. It is emerging stronger than it has been at any point over the past two years and finances have turned around over the past six to eight months. The agency, which had trouble making ends-meet at the beginning of 2012, is profitable today. Xenopoulos expects growth of between 25-30% in 2013 on top line earnings. It won 8 of the last 10 pitches it participated in over the six months to November 2012.

Wagner believes the business is successfully building a foundation from which to regain trust of staff and clients and the broader industry as well. NATIVE is being rebuilt as a learning agency – it has been unafraid to look back at its own history, drew some hard learned conclusions and expensive lessons, and is focussed on correcting past mistakes.

If it maintains course it could finally take the place in the South African ad industry that its management team had hoped to win when three businesses set on a path to merger two years ago.

Saved, the story of NATIVE, the agency promises, is only just beginning.

Correction: An earlier version of this story identified Ben Wagner as a member of the NATIVE exco. While he sits on the board he is not a member or the smaller exco as inferred. We apologise for the error.