Andre Neveling, editor of heat South Africa, was a boarding a flight to Johannesburg from Cape Town when he received the news of the shooting death of Steenkamp. His reaction was one of utter shock – his team had a good relationship with both Pistorius and Steenkamp and the couple had agreed to an exclusive photo shoot together scheduled for later in the year.

It was only well into the flight that he realised his magazine might well be sitting on a global scoop. It had secured and conducted an exclusive interview with Steenkamp several days before her death.

According to Neveling, the magazine did not up their print run for this issue given the short lead time of the story. The interview hasn’t been made available for international syndication either. Instead, the team have sent out a media statement containing some quotes from the interview.

It has since turned into a bit of a global media sensation – at the time of this interview Neveling was waiting to be interviewed on CNN International. Numerous newspapers have also picked up on the content of the heat magazine interview.

News of the interview didn’t leak to other media before publication. It was a conscious decision by heat South Africa to keep a low profile in the run-up to publication. Neveling says he has a small and professional team and they managed to keep news quiet until they were ready for it to be released.

The cover was put together last week and Neveling spent the weekend staring at it trying to decide what changes he needed to make. In the end he changed the photo. It was important for Neveling that the cover showed his teams respect for Steenkamp. Bikini shots, he says, was never an option they even considered. 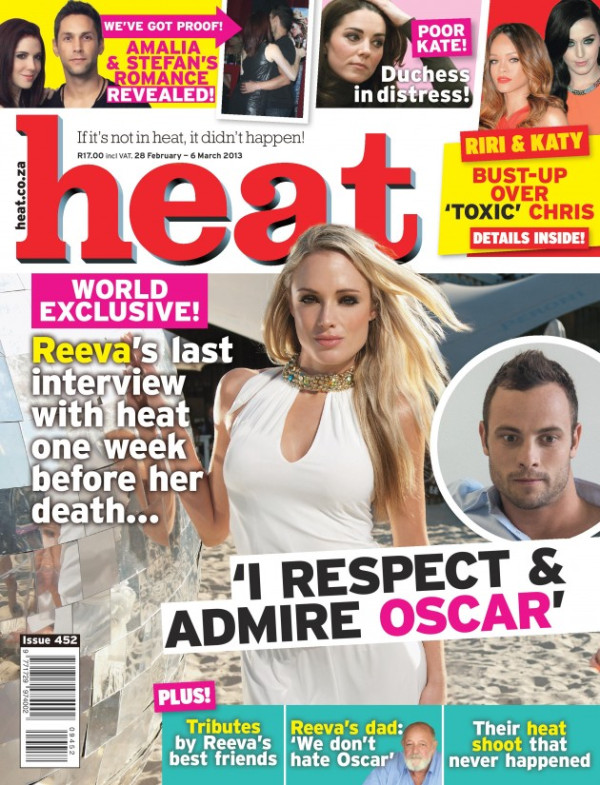