The former Sunday Times and Mail & Guardian editor resigned as editor-in-chief of the company’s newspapers – a position he took up in 2010 – at the end of December,  a fact that flew under the radar screen amid the festive season. 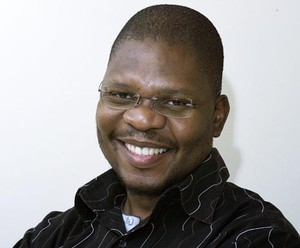 Makhanya told Grubstreet this week that industry rumours that he may be talking to consortia interested in buying Independent Newspapers is untrue.

Right now Makhanya is concentrating on writing his book, which is to be published by KMM Review Publishing – which has also published books by columnists Fred Khumalo and Justice Malala – in October.

“It’s a book about the build-up to Polokwane (the ANC’s 2007 elective conference at which Thabo Mbeki was ousted as ANC president) and the consequences of Polokwane. And then the build up to (last year’s elective ANC conference) Mangaung and basically how we end up where we are,” Makhanya told Grubstreet.

“It’s a work on the contemporary history of South Africa…So it’s not something I could have done part-time. It is going to entail six months of intensive work and  doing primary research, interviewing people around the country.”

Makhanya will continue to write his weekly column on the leader page of the Sunday Times but will be stepping down as chairman of the SA National Editors’ Forum (Sanef).

“And you know,  there are things that happen  – whether you are a political analyst or a big intellectual guru – that we don’t  understand why they happen that way. There was a great deal in the build-up to Polokwane that many people failed to understand… That’s why the person who is now our president is leading the country,  given all his shortcomings. And there still isn’t a full understanding of how he got a second term (as ANC president).

“There are no easy answers to that and I think it’s important for us to understand as a country why certain decisions are made,  what drives those dynamics – to understand what motivates a branch member to nominate this person. What motivates an organisation of 1.2-million people to say this is the best among us. So the book is not just about Jacob Zuma. It’s about the whole dynamic and the culture of the ANC and how that has impacted on the political culture of the country. It’s going to be anecdotal and it’s going to be analytical.”

Makhanya – who was a political writer and editor before becoming the Mail & Guardian editor in 2002 (and then Sunday Times editor in 2004) – said the challenge of writing his first book was a big one.“It’s not like sitting down to write a column or a story or putting together a newspaper over seven days. This is massive. Fortunately, I read political books, locally and internationally. I’m not much of a fiction reader. So I’m hoping that I will be able to draw some lessons and inspiration from them.”