by Herman Manson (@marklives) Paul Raphaely promises hot chocolate on a rather dreary morning at the NoMU offices in an industrial park somewhere near Cape Town International. It’s good stuff too, but the offices are pretty spotless, which is disappointing after another editor promised me these guys could spend all day licking chocolate dust off their office desks, as she fully intended to do should they ever make her an impossible to say no to offer of employment.

The business is just starting to put a tough couple years behind it, says Raphaely, with the Great Recession and market instability in the US 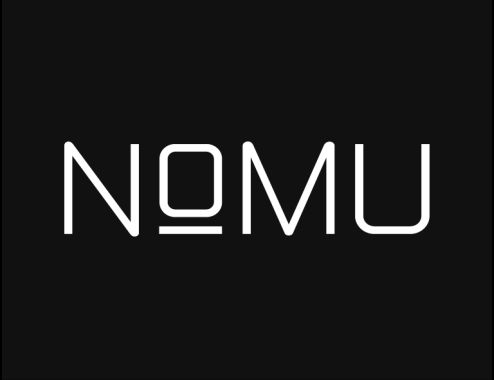 and Europe seeing exports collapse from 86% of its business 2010 to 14% today. It had lost 16 export markets after huge initial success in getting its products on international shelves in what Raphaely describes as ‘a helluva shock.’ At one stage NoMU was exporting to 38 international markets.

NoMU is owner managed by Raphaely and his business partner and wife Tracy Foulkes. Foulkes had run her own catering business back in 2000 and had started to develop products for a deli she wanted to open. Raphaely, then a brand manager at Seagram SA for Captain Morgan Dark Rum and Glen Grant Whisky, left his job to assist then girlfriend Foulkes in her new business.

NoMU of course sounds like ‘No-Moo’ – something Raphaely hoped would appeal to then vegetarian Foulkes as a brand name, and it evolved to ‘NoMOO’ and then ‘NoMU.’ Geddit? No meat = no cow = ‘No-Moo’(it’s their story and they are sticking to it).

The duo took a category they considered dull and made it sexy, and the company quickly become known for its spice rubs, so much so that a year in it found itself with shelf space at Pick ‘n Pay. They would branch out from rubs and dips to quality stock and hot chocolate. The hot chocolate is what they became really famous for really quickly.

Art director Luanne Toms had created the NoMU logo ‘in an afternoon’ jokes Raphaely and it has remained virtually unchanged. The logo 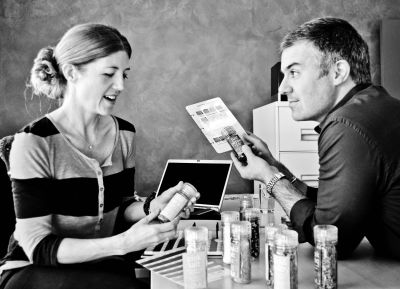 helped Foulkes and Raphaely connect with the new brand and made tangible the possibility of building a real business out of the NoMU products Foulkes had developed.

Packaging design for NoMU reflects the different design aesthetic of the two partners – Raphaely prefers a slick modern look and feel while Foulkes’ design ethic  yearns for something warmer and more organic (or ‘life on a farm’ as Raphaely puts it).The warmer colours on the packaging come from Foulkes, the typography speaks for Raphaely.

Raphaely says the brand has no formal marketing budget. They have only ever paid for a single print ad, and prefer instore, a popular online newsletter, social media (handled directly by Raphaely for the most part) and PR to build market awareness. It’s never tied itself to any ad agency either – Raphaely says he and Foulkes have strong opinions and ideas and often knock heads with the creative directors they sometimes approach (or get approached by).

Raphaely says the NoMU website is built on WordPress and generates more than half a million a year  in revenue for the business already. It’s rolling out innovative packaging design such as 100g envelopes for the rubs to limit transport costs. It will invest and scale the site as ecommerce picks up – a recent special saw such interest that the site fell over so Raphaely is careful about growing it too quickly.

Their sugar free (SKINNY) hot chocolate is the best selling product in the stable, followed by the rubs, and then the Decadent Hot Chocolate Chunks drink. NoMU employs around 42 people on a permanent basis and another 53 casuals when required.

Raphaely is critical of the red tape and legislation around doing business in South Africa – it puts smaller businesses at a distinct disadvantage when they already have to compete with the giant conglomerates of the world. The Consumer Protection Act especially will cost his business as it has to keep adapting its packaging design to new rules and regulations.

The company recently had to change its packaging for its hot chocolate product form ‘Sugar free’ to ‘Skinny’ in accordance with new rules – costing them a bundle when really the business needed to turn over every cent several times.

But overall the business seems to be growing again, investing in new machinery and fine-tuning its product range. NoMU has established itself firmly as a premium foodie brand and has managed to successfully ride the wave of interest in all things food brought about by celebrity chefs and cooking reality shows.

It’s a South African success story with all the accompanying ups and downs, blood, sweat and tears (and some hot chocolate) that entails.