Amarula – the elephant in the global liqueur cabinet

by Herman Manson (@marklives) Amarula, the cream liqueur owned by Stellenbosch based Distell, has in recent years emerged as a

global brand name that is achieving ongoing growth in numerous key markets including Brazil and Angola. Few consumers would guess that the brand launched in 1983 as a clear spirit with an alcohol content closing in on the 40% mark.

Distell was looking for indigenous ingredients with which to compete in a market which had just gone crazy for fruit flavoured liqueurs ranging from strawberry to peaches to litchi. It picked the fruit from the Marula tree. The clear spirit was of middling success.

Six years later the cream liqueur we know today was launched. The lower alcohol content produced a softer taste and opened it to a wider audience. By 1991 it was being exported to the Netherlands and given an international brand focus. Today it’s exported to over a 100 markets.

Drinks International, a magazine devoted exclusively to the global spirits market, this year ranked Amarula as one of its fastest growing global brands at a time when rival Baileys (the biggest selling cream liqueur brand globally) experienced “sluggish growth” as did the number two cream liqueur brand De Kuyper which experienced a decline in its main US market.

The Brazil, Paraguay, Uruguay triangle makes up the second biggest market for Amarula after South Africa and is followed in turn by Angola. 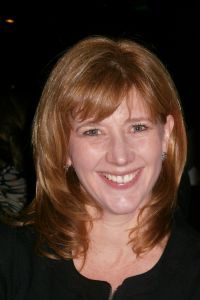 Interestingly in the South American market the drink is viewed as an aphrodisiac, says Siobhan Thompson, Global Category Manager – Liqueurs & International Whiskey at Distell. The Marula tree has a rich African heritage and plays a part in the folk lore of a number of tribes, some of whom marry under the tree, while others believe bark infusions form the male or female trees will help determine the gender of unborn children.

The Jamie Uys documentary Animals Are Beautiful People, released in 1974, featured a scene in which various animals, including elephants, get drunk on the fermented fruit (the yellow fruit fall from the tree to ferment on the ground), and helped cement the Marula into popular culture.

Since 2003 the brand has had an aligned global brand strategy. Thompson, who helped oversee the project with the assistance of brand consultancy Yellowwood, says all campaign material is overseen by the South African office, and makes extensive use of the Internet to distribute to regional and country agents (outside Africa Distell uses an agent route to market), who is allowed to adjust it for local nuances.

Amarula is positioned as a uniquely African product and experience. Thompson says the story told by its advertising campaigns focuses on two streams – the sensorial (its exotic taste) and the adventurous (which transports viewers to another place in ‘wild’ Africa).

South Africans buy into the Amarula brand story with a sense of national pride – Amarula is positioned to present some of the best of Africa – space, myth and majestic wildlife. Even in a market as mature as South Africa the brand has been experiencing double digit growth. It’s also viewed as an affordable luxury – it makes for a great gift without breaking the bank.

The latest growth spurt was thanks in part to the subtle modernising of its packaging. A sleeker bottle and some changes to the colour of the branding (taking it from gold to maroon to make it more legible in the retail environment) and a more prominent rendering of the elephant and Marula graphics rolled out in March/April 2011.

Draftfcb has been the brands’ agency since 2003 and has just produced the fourth TV ad for the brand which will flight in October. Starting with ‘Majestic’ the campaign has moved to ‘Plantation’ which explores the relationship between the Marula and elephants, ‘Sociability’ which imports people into the ‘dreaming Africa’ setting (‘where there is  a sunset we share Amarula’) and, breaking in October, ‘African original’ which highlights the brands African heritage and roots.

The Marula, which isn’t farmed, is harvested in the wild by local communities who drop off the fruit at Amarula collection points, according to Tessa de Kock, in a case study completed for Unisa. They are paid per kilogram and after destoning the fruit the nuts are returned to the community who use the oils from the inner kernels “to eat and to produce various ointments and moisturisers,” according to de Kock.

The pulp from the fruit then makes its way to Stellenbosch where it is fermented and distilled. The Marula wine is then twice-distilled, reveals de Kock, the second time aging slowly over two years in small oak barrels.

According to Thompson Distell believes in long term agency relationships, although they set strict output requirements and deliverables, and would only consider changing agencies if an agency persistently underperformed on the targets. “We are a loyal company and treat people and our partners with respect,” says Thompson.

That is quite a statement from a top marketing executive in such a competitive industry, but with Amarula hailed as one of world’s fastest-growing global brands across all spirits categories, also one that speaks volumes on the benefit of maintaining a consistent brand DNA across several decades.

Not only is this a positive South African business success story it is also a positive brand/agency story that takes a longer term view of what solid partnerships can contribute to a brand.

Brand news you’ll make time for. Sign up for our free newsletter!

3 Responses to “Amarula – the elephant in the global liqueur cabinet”