The connected CEO: From iPads to social media, enabling rather than dictating

by Herman Manson (@marklives) Added Value Saffron Hill recently released results from a study, commissioned by MEC and CNBC, looking at digital technology adoption by Asia’s CEOs. The study found that “Top executives are taking up digital technology, but the extent of the embrace appears to be tempered by their need to remain in control of their business ecosystem.” It goes on to reveal interesting insights on the relationship between technology and senior executives – including how the iPad has emerged as a game changer that makes execs, in the words of one, feel less like a salesman hidden behind a laptop. We caught up with Tessa Brown, Managing director at Added Value-Saffron Hill, 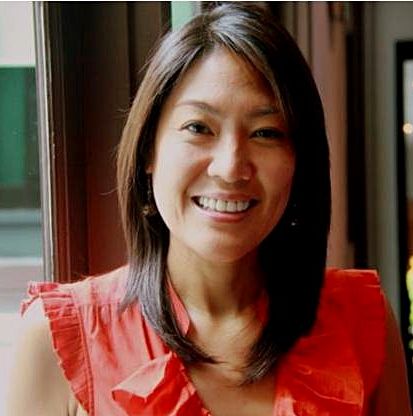 Singapore, to talk about the report.

MarkLives: What kinds of technology have been embraced by the CEOs in your study?

Tessa Brown: Anything to do with information and communication technology is valued as they are seen to be business performance enhancers. If you are talking about specific devices, these would include laptops, phones (BB and iPhone) and iPads.

MarkLives: What do they want to get out of technology?

MarkLives: An interesting aspect of your research centres on how distracting technology can be and how well CEOs recognise this – which is why they for example hand their mobile phones over to secretaries during meetings.

Tessa Brown: Yes the philosophy of these C Suites is that technology (as with other resources) should enable not dictate their lives. They are very conscious of not being enslaved by gadgets and very much value human interaction. They are still gentlemen in that sense, they feel it is most rude to place more importance/focus on a device than a real live person in front of them

MarkLives: Some comments in your research suggest CEOs prefer iPads to say laptops which make them feel like ‘sales people?’ So is the iPad a status symbol as much as a useful tool even in CEO circles?

Tessa Brown: I wouldn’t say the iPad is seen as a status symbol by these senior and very affluent people (it doesn’t cost much more than a phone). What is has though is more ‘cool factor’ compared to a laptop because of its aesthetics (typically with a nice cover) but also because of its novelty and the fact that it is embraced by young people. When a CEO whips out his iPad for a presentation, it is a subtle signal that he is forward looking and he is in tune with the latest developments. The CIO of Standard Chartered Bank was very proud to say that the bank was the first to issue iPads to all their senior people. For him, this move shows that the bank is technologically savvy but also open minded, willing to try new things.

MarkLives: Tablets are also having an impact on how CEOs consume content. What did you find?

Tessa Brown: The most interesting things with iPads is how content for work and personal life are married beautifully in one device. So while the CEO might have his business notes and emails there, it would also have his favourite magazines (on sports, cars, electronics etc), games and other interesting apps like health monitors and so on. During the working day, he might dip into his personal content just to have a break or during dead time e.g. while waiting for someone.

MarkLives: You’ve found that CEOs are wary of using social media – partly because it is such an uncontrolled space and the risks it holds for controversy and privacy. Do you believe there will be a shift in the future as people move up the ranks or will it always be too risky?

Tessa Brown: I think it’s not the attitude of the CEOs that will shift but the offerings of these social media. As with any product, it will evolve as it matures. Right now it is almost like a one product fits all. I think if LinkedIn and Facebook are to survive, they need to segment their markets and come up with offers that are relevant to each audience/user type. The C Suites have nothing against the idea behind these social networking sites, it’s just that their execution is not tailored to them. This segment would always value networking with like-minded individuals but would always be wary of opportunists (job hunters, people trying to sell them something) or people stalking them- in a way, they are just waiting for the perfect site that would address these.

MarkLives: Are CEOs more open to brand messaging than in the past or has there only been a shift in the platforms they use to access these?

Tessa Brown: I think the level of openness remains the same. CEOs have and will always pay attention (even if they are loathed to agree to this) to a brand that has a compelling and engaging message/proposition.  But yes, there are definitely some shifts happening in where these messages are accessed.

MarkLives: Were there any research findings you found unexpected or particularly surprising?

Tessa Brown: I was quite surprised by how homogenous this segment is. I tried hard to sift out differences in behaviour and attitudes towards digital amongst CEOs in Singapore versus Hong Kong versus India (as economically they are very different) but they seem to be cut from the same cloth. Because they travel a lot, meet many people, have the means to buy what they like- they have truly become global citizens and is a unique segment on their own speaking the same language and having almost similar ‘digital’ behaviour.