Sunday Times editor Ray Hartley has issued a statement on allegations that its journalists has been bribed. We reprint it in full:

A document submitted as part of the FUL court application to have controversial police official Richard Mdluli removed from office has included the unsubstantiated allegation that a story was published in the Sunday Times of 23 October 2011 by “journalists paid by CI” , with the 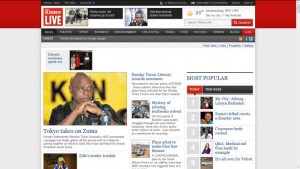 apparent purpose of diverting attention away from police officers who were under suspicion.

The allegation, made in the document compiled by Colonel K Roelofse of the Anti-corruption Task Team, is made on the flimsiest of grounds and includes no supporting evidence.

This is yet another attack on the integrity of our multiple award-winning investigative team, which has been responsible for a string of high–profile expose’s of corruption, mismanagement and brutality within the South African Police Service.

The article under question was not written on the prompting of a single “source” in the police. It was the product of a lengthy investigation which included information supplied by several police officers, evidence of police entry ledgers, death certificates and the sworn affidavits of several witnesses. The story exposed the illegal rendition of Zimbabweans to their homeland where they were greeted with brutality and murder. It remains the subject of an official investigation and the minister of police, Nathi Mthethwa, recently informed Parliament of how seriously this case was being taken. We remain proud of this story which exposed that the police chain of command failed to prevent these gross human rights abuses.

The story may or may not have been used by one or other faction in the police to further their ends in the internal dirty war that is underway in the service. That is not something which the Sunday Times has any control over.

I would like to call on the Commissioner of Police and Roelofse to furnish this newspaper with any evidence they have in their possession that any journalist is in the pay of the police or has, in any way, acted in breach of the press code of conduct. If this is shown to be the case, the Sunday Times will take the harshest action against such persons.

However, if such evidence is not produced, this smear on the integrity of our journalists cannot be allowed to stand. If there is no evidence, the acting commissioner of police must withdraw this outrageous allegation from the public domain.

The Sunday Times will not be drawn into the factional battles within the police and we will continue to expose wrongdoing when it comes to our attention.