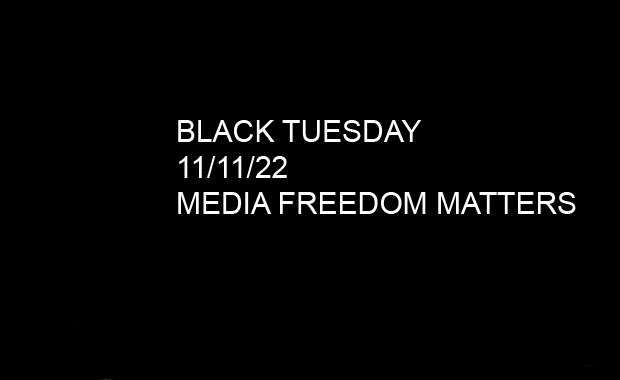 The Protection of Information Bill has just been steamrolled through and rubber-stamped by Parliament – a body tasked with balancing the demands of the executive with the best interests of their constituents – something they it has consistently failed to do. In favour – and seeking the favour of – the executive.

For me, this is really the debate civil society should be having – how some of the institutions set up to protect the democratic system we value so highly have failed in its task – while others are gradually being diminished in a war of attrition that will see the executive emerge as more powerful than our constitution allows or public will favours.

Critics say legislation before MPs poses threat to freedom of expression and will put too much power in government hands.

“For years newspaper readers have feasted on a diet of corruption and financial scandals. The ANC is now attempting to muzzle the press, critics argue, so the powerful can line their pockets with impunity. The new laws would make it a crime to leak, possess or publish information deemed classified by the government, with whistleblowers and journalists facing up to 25 years in jail.”

“There have been times when the publication of sensitive information has been done in the public interest. The leaking of evidence in the form of wire-tapped phone calls between government officials demonstrated that the prosecution of President Jacob Zuma was politically motivated.

The airing of this information played no small part in Zuma’s remarkable political comeback, which resulted in him rising to the highest office in the land.”

“The law may raise doubts among investors about the government’s public commitment to fight corruption. The state’s relationship with the media has deteriorated as newspapers reported on scandals involving senior officials including President Jacob Zuma. Charges of corruption, racketeering, fraud, money laundering and tax evasion against him were dropped on April 6, 2009, just weeks before he was appointed president.”

As a citizen I am deeply disturbed by the battering-ram approach towards passing the Protection of State Information Bill into law. It fails to realise that transparency is a foundation of the democracy we fought for. Our struggle against apartheid was a struggle for voice. That principle should not be betrayed.

“I have spent time in Tunisia this past week at a food-security conference organised by the Mo Ibrahim Foundation. I interacted with leaders that drove the “Arab Spring”. The reality is that Tunisia ranked very high on the Mo Ibrahim index of development. Yet the frustration with a predatory elite around the dictatorship of Ben Ali drove a revolution that has redefined the 21st century and brought down seemingly invincible dictators.”

Every MP who presses the green button to vote “yes” for the Protection of State Information Bill will at that moment take personal responsibility for the first piece of legislation since the end of apartheid that dismantles an aspect of our democracy.

Mark this day. Depending on the actions of the 400 MPs in the National Assembly at 2pm, it will end as a day of triumph or of shame for our adolescent democracy.

The passing of the secrecy Bill today would mark the beginning of the end of the freedom of information we cherish as a pillar of our democracy.

The latest news in the ongoing controversy surrounding the Protection of State Information Bill is that MPs will vote on the matter on Tuesday. The National Press Club has dubbed the day “Black Tuesday” and called on South Africans to don black as a form of protest; the Right2Know Campaign is organising multiple simultaneous pickets and Public Prosecutor Thuli Madonsela has set up a team to investigate concerns around the bill. Whatever happens on Tuesday, South Africans fighting for access to information will not be silenced.

The South African media are set for mass protest on Tuesday as the controversial Protection of Information Bill (POIB) is put to a vote in Parliament’s National Assembly in Cape Town.

The Protection of State Information Bill will be put to vote Tuesday, carrying jail terms of up to 25 years despite fears that it is a threat to the country’s hard-won democracy.

The “ANC is taking South Africa back to the suppression of free expression of apartheid,” Nobel literature prize winner Nadine Gordimer told AFP.