Behind the trillion dollar billboard 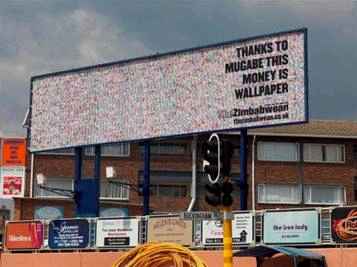 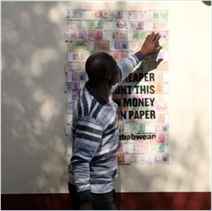 The campaign was designed to raise awareness regarding the plight of The Zimbabwean newspaper.  The newspaper, the brainchild of journalists driven into exile, is committed to providing independent and fair comment on Zimbabwe to Zimbabweans, and has had a ‘luxury’ import duty of over 55% added to it by the current Zimbabwean government, thus making it unaffordable to the average Zimbabwean citizen.

5 Responses to “Behind the trillion dollar billboard”