#BigQ2020: The rise of behavioural science

by MarkLives (@marklives) What are the industry expectations for the marketing and advertising industry in 2020? A panel of key agency and marketing execs discusses the macro environment, budgets, changes in messaging, movement in the industry and any consumer and communication trends they’ll be looking out for in the year ahead. Next up is Nahana Group‘s Rita Doherty. 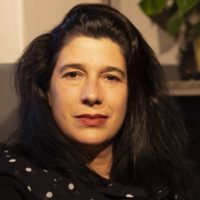 There’s a lot of buzz in the air about behavioural economics. But what is it exactly, and what does it mean for marketing?

Traditional marketing theory was developed 50 years ago but most of what we know about the brain and decision-making was only learnt in the last 20 years. It’s time to unlearn traditional marketing myths and embrace modern marketing, which is rooted in the latest scientific knowledge of human nature. Let’s look at how human beings actually make decisions to understand how to influence behaviour.

For the last 400 years, economic theory has been dominated by the belief that human nature is fundamentally rational. This belief has formed the foundation of our social sciences, including economics and marketing. Traditional economics is built on the idea that people tend to make rational decisions based on the information they have available. Marketing is also built on this rational paradigm of human nature. We think consumers watch ads attentively and think about them, gather information about options and are persuaded by differentiation and reasons to believe.

But it turns out emotions are much more fundamental for making decisions. In 2002, psychologist Daniel Kahneman won the Nobel Prize for Economics for his pioneering study on human nature, which revolutionised economic theory, and gave birth to behavioural economics. Kahneman and his statistician partner, Amos Tversky, dedicated decades to working out how people think and behave. In 2011, Kahneman published his seminal book, Thinking Fast and Slow, which maps out how human beings make decisions. His ideas have been revolutionising almost every field of knowledge ever since. It’s marketing’s time.

Kahneman found that rational thinking plays only a minor role in decisions, if at all. He concluded that people tend to make decisions intuitively, based on what satisfies their needs in the easiest way at the time. This is a radical paradigm shift in our understanding of human nature — from a rational, to an emotional decision-maker.

Marketers generally buy work that ticks all the rational boxes because they believe people are ultimately going to make a rational choice about which brand to buy. But science has now validated that emotion is the biggest driver of behaviour by far. In fact, most of our decisions are made emotionally without any thinking at all, or very little thinking. How is this possible?

System 2 is the part of us we’re most conscious of. System 2 can actively gather information, ascribe values to different options, and evaluate and compare in order to optimise decisions. Because we’re conscious of our rational thoughts, we ascribe personal control to our rational minds. Our rational minds are indeed magnificent and capable of great things unknown to other earthly creatures, but most neuroscientists today believe that System 2 influences only about 5% of our decisions. Why so little?

Kahneman argued rational thinking is limited because it’s slow and high effort. If we had to stop and think about what to do when a saber-toothed tiger attacked, we’d be dead. And if we had to rationally think about which cellphone provider was the best, we’d be busy for months. Luckily, System 1 is capable of fast decisions. But how does it work? What is intuitive thinking? Kahneman and Tversky concluded that System 1 is fast because it uses heuristic techniques. A heuristic is a shortcut or ‘rule of thumb’ that uses predetermined formulas for action — if this, then that. For example:

By the time the slower System 2 gets going, it’s already received clear instructions from System 1 about what to do. This means our rational thinking doesn’t operate in a vacuum. We think inside an emotional space, which nudges thinking in a specific direction, even though we’re not aware of the emotional bias.

In all decision-making scenarios, System 1 is always the first to respond and always creates the emotional context for thinking to take place in. System 2 only plays a role when it’s unsure about System 1, which isn’t often, because we tend to trust our own instincts. This is why System 1 makes about 95% of all decisions — it’s fast and low-effort.

The decision-making paradigm that underlies traditional marketing is unfortunately still rooted in the rationalist view that human beings choose the brands that will satisfy their needs better or uniquely. But System 1, which is making our brand choices, makes decisions intuitively, based on what satisfies needs in the easiest way at the time.

Brands therefore need to create desire and make it easy for people to choose them. From an advertising perspective, we need to make it easy for people to notice us, trust us and recall us at the moment of purchase. And here in lies the magic — because it turns out that the strategies that deliver are based on the ancient intuition of the creative instinct: be unexpected and create a powerful emotional connection. Bring on the behavioural revolution!