Kate Skinner — keeping an eye on the fourth estate

by Carey Finn (@carey_finn) This year, the focus of the South African National Editors’ Forum (SANEF) is manifold, says executive director Kate Skinner. One key project for the organisation will be conducting an inquiry into issues around media ethics and credibility in the country. Another will explore ways of ensuring the sustainability of the local press, which she describes as being eroded by new models of information sharing and advertising. 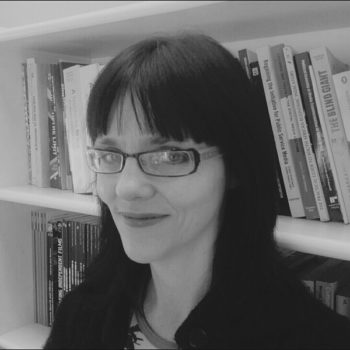 Skinner began in her role at SANEF early in 2018, after more than two decades of work that included development, research, media policy and advocacy. With an emphasis on media freedom shaping her career, one of its highlights was her 2008 founding of the SOS: Support Public Broadcasting coalition, perhaps better known as the Save our SABC campaign. Today, her passion for the fourth estate remains as strong — and inspiring — as ever.

In the lead-up to the May 2019 national elections, a large part of Skinner’s focus is on the election workshops SANEF is running for media practitioners across the country. Since election periods are such critical political times, she says, it wants to ensure that journalists understand the nitty gritty of the legislation, regulations and process. In collaboration with Media Monitoring Africa, the workshops will also deal with issues of “disinformation, or fake news”, and how to cover elections in a way that does not comprise the safety of the reporter.

At the same time, Skinner will be steering SANEF towards the achievement of its immediate and longer-term goals for 2019. “Our short-term goals are making sure that we are keeping on top of all the policy work, that we are keeping on top of any violations to media freedom, and that all of our council meetings and events are being organised,” she says. “The medium- and long-term goals are about making sure that the policy work has an impact, that it improves media freedom, access to information and freedom of expression in the country.”

To ensure those goals will be furthered, she says, SANEF will be launching an inquiry into media ethics and credibility issues in the country. “We’re worried,” she says, citing, among other concerns, the allegations of bribery of journalists that have surfaced in the Zondo Commission. SANEF’s inquiry will look at issues around cash, debt and the commercial capture of journalists, she says: “Our major aim is to build the credibility and ethics of the industry. We’re very enthusiastic and excited about the possibilities [of the inquiry]. Our sense is that it will have a very positive impact on the industry.”

The sustainability of the media industry in South Africa will be another major focus for SANEF’s activities this year, says Skinner. “There have been huge problems around journalists being retrenched and publications closing down,” she says. “A lot of money now goes to Facebook and Google, and the entire financial sustainability model for the media has been quite seriously eroded. That’s not only in South Africa — it’s an international phenomenon.”

It’s far from all being doom and gloom, however, she says: “We’re not running away from the problems; we’re facing them head on and looking at what solutions we can implement. We’re fairly positive that we are going to come up with various solutions for both the ethics problems and sustainability problems.”

For those trying to find their way in the field, or considering a career in journalism, Skinner offers words of encouragement. “It’s an incredibly exciting profession,” she says. “Yes, it’s hard, it’s shifting and changing, and you’ve got to produce a lot more material a lot quicker but, in terms of being able to make an impact, it really does give you the opportunity to shine the spotlight on corruption and societal problems. We have some incredibly good journalists — some of our investigative units are phenomenal in terms of what they’ve covered. Our sense is that is going to continue.”

For more, go to sanef.org.za.

Carey Finn (@carey_finn) is a writer and editor with over a decade and a half of industry experience, having covered everything from ethical sushi in Japan to the technicalities of roofing, agriculture, medical stuff and more. She’s also taught English and journalism, and dabbled in various other communications ventures along the way, including risk reporting. She is a contributing writer to MarkLives.com.