by Veli Ngubane (@TheNduna) From a water-polo playing strategist to a soloist art director who sang for the pope, a radio co-host making money on YouTube and South Africa’s most-sought-after hip-hop photographer, we went out looking for the youngsters who are gifted and killing it in SA’s creative industries today. They add to the already rich diversity we are discovering — and celebrating — in our industry.

A water-polo playing, #TouchZA change-making, fighting-against-the-bland strategist: 24-year-old Jabulani Sibiya (@JabzSibiya) has been calling Joburg home since he took on the lead strategist role on one of South Africa’s most-iconic brands.

Sowetan-born Masego Motsogi (@masegom) is an anomaly in the ad industry: a black woman leading one of the hottest agencies in South Africa. Appointed in February 2018 by Grid Worldwide, this jingle-loving managing director is transforming the industry the best way she knows — by nurturing young creatives into superstars.

Someone who’s led creative at a Vietnam agency, clocked up international awards from Cannes to Clios to Epicas and even sung solo for the pope, Mbuso Ndlovu (@NdlovuMbuso) has strong opinions about influencers, transformation and freelance life.

Training in information design. Doctors as parents. Part of the launch team of Vuzu. A sneaker addiction. These are just some of the soundbytes from our interview with Thithi Nteta (@teeteenteta), now sitting on exco at FCB Joburg.

Owethu Makhathini (@owethumack) has always been a creative at heart, from wanting to be an actress and watch-this-space multidisciplinary collaborations to running her own creative consultancy.

Content creative Sibu Mpanza (@Sibu_MpanzaSA) shares his dreams of shooting a documentary, how he has made money from YouTube and why he sleeps with a notepad and pen next to his bed.

Tebogo Malope (@TebogoMalope) of Bomb is a Cannes Lions, D&AD and SAFTA award-winning filmmaker and the director behind some memorable TVCs, music videos, movies and television series.

Kutlwano Ditsele (@thafilmaka), the founding partner and creative producer of Seriti Films, is a born storyteller from Rustenburg who loves music as much as films.

Austin Malema (@AustinMalema) may have become South African hip-hop’s most sought-after photographer but there’s so much more to the man.

Tshegofatso Phetlhe is an award-winning creative from Soweto, with so much already achieved and yet with so much further to go. 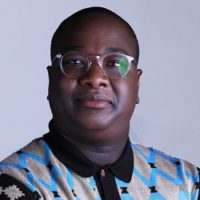 Veli Ngubane (@TheNduna) entered the world of advertising with a passion after completing his BSocSci (law, politics and economics) at UCT and a post-graduate marketing diploma at Red & Yellow, where he’s currently advisory board chairman. He also sits on the IAB’s Transformation & Education Council, is a DMA board member and has judged Loeries, Apex and AdFocus. He is the Joburg MD and founding partner of the largest black-owned and -managed full-service agencies in the country, AVATAR. He is also co-founder of M&N Brands, which is building an African network of agencies to rival the global giants. In his monthly column “Young, Gifted & Killing It”, he profiles award-winning, kick-ass black creative talent in South Africa.