by Johanna McDowell (@jomcdowell) AMSTERDAM: On our final day of the 2018 AdForum Worldwide Summit Amsterdam, we had three agencies to meet before returning to our respective home countries: Ogilvy, Made.For.Digital and Lemon Scented Tea.

It presented a strong team representing its EMEA agencies and updated us on five key areas of its business:

“Marketers, don’t be the dog that barks at every passing car.” — David Wheldon, as reported by Marketing Week

Social is the new mass advertising and sequential storytelling at scale.

No CEO/CMO has ever asked us to make it more complicated — so said David Ogilvy famously some years ago.

Start with the brand — not with technology

It was a thorough presentation.

Part of the MediaMonks group recently bought by Sir Martin Sorrell and his new S4 Capital, this agency specialises in content and works with clients directly, as well as with agencies. Content and films for platforms worldwide. Branded series. Campaign content.

It has 13 offices in 10 countries, and has now opened in Cape Town .

“More content, same budget” is what is happening in the content world, with smaller teams making sure that people do more than is usually expected.

Mobile is now first with most video content, with 93% being consumed on smart phones. This means that the era of vertical video is now here. Made.For.Digital is shooting all video now on a vertical and has had to reskill its teams in order to do this. The difference it makes to effectiveness is huge. Clients are now demanding this. And it is vital to check where the titles will be superimposed.

One size doesn’t fit all and Made.For.Digital believes that it’s time to create scalable, relevant data-driven video based on user profiles.

The agency is looking to do work that is:

This is a local Dutch agency, with 21 people, which is part of a worldwide network of independent agencies, including an agency in South Africa. It works with brand archetypes and what brands fight against. It is organised around “the power of the story”.

It’s an agency that wants to arrive at a creative solution, not only consultancy.

And so it ended.

PS “Dark social” is where community groups have been formed in order to attract new members who will become part of those groups which will eventually be linked to brands. It is the less-obvious use of social media and a trend in a new direction. 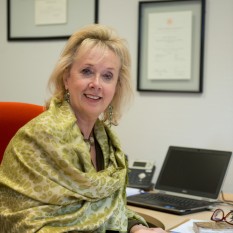 Johanna McDowell (@jomcdowell) is managing director of the Independent Agency Search and Selection Company (IAS), which is partnered with the AAR Group in the UK. She will be presenting detailed and in-depth reports and case studies on each agency from this 2018 AdForum Summit at presentations in Johannesburg and Cape Town in the next month.