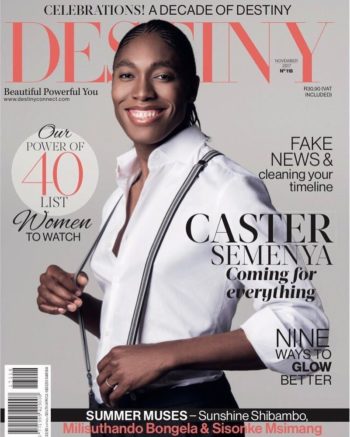 Proving to be an absolute natural in front of the camera, Caster Semenya is resolute in her stature — a powerful female presence, to say the least — all the makings of an intriguing cover for the November 2017 issue of DESTINY magazine. This follows the appearance of gogo Esther Mahlangu, an image of grace, on the cover of the September 2017 issue. Destiny continues to push the envelope with unconventional, nonconformist choices for its cover models, often challenging accepted norms in commercial magazine publication, subverting traditional notions of femininity, and offering alternatives to established perspectives of how woman should be represented in society today. 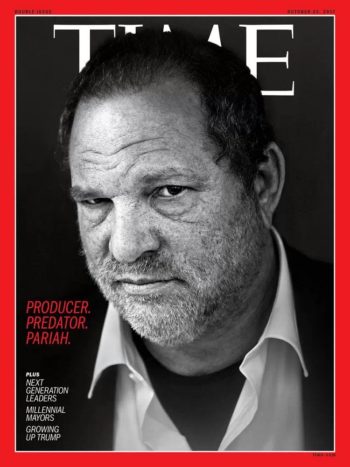 After a torrent of shocking sexual harassment, assault and rape claims, with more likely to be uncovered, film producer Harvey Weinstein’s empire is in shambles. What this one important circumstance says is so much for the hard-fought, gargantuan cultural contributions set out by four prolific waves of feminism over the past 150 years, fighting for women’s liberation and equality. In short, hypocrisy in society has been exposed, proven by the slow pace of change and the manner in which we tend to turn a blind eye to such atrocities.

In lieu of these events, the cover of Time effectively portrays Weinstein as the face of patriarchy today: “Producer. Predator. Pariah”. Unmasked, once operating with impunity as one of the most powerful men in Hollywood; power which he has now rightfully lost. Problem is, Weinstein is not a lone wolf, this is merely the tip of the iceberg, and the issue persists. We forget too quickly, history repeats itself, we devolve quicker than we evolve. One thing is certain, heads must roll. 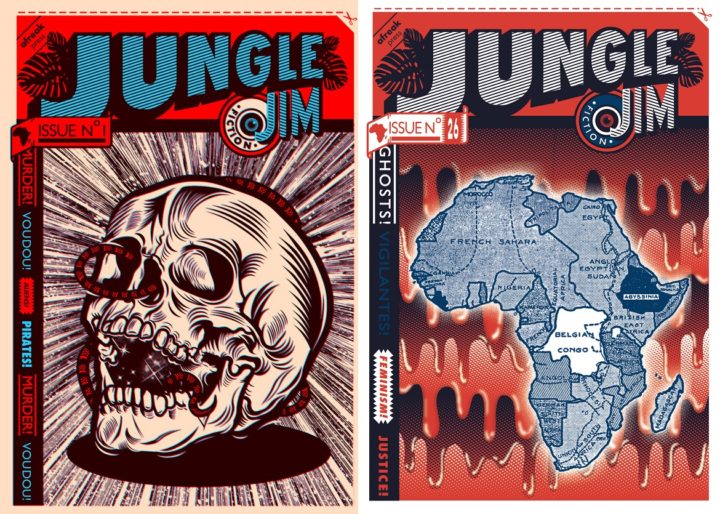 Despite not having published an issue in months, Jungle Jim is meant to be a bi-monthly, independent African pulp fiction magazine that showcases genre-based fiction from across the continent and telling “stories that explore the collision between the visceral daring of pulp and the reality of living in Africa”.

Founded in 2011 by writer and filmmaker, Jenna Bass, and illustrator and graphic designer, Hannes Bernard, Jungle Jim is a labor of love: an attempt to craft a local creative heritage, negating any ambitions to directly clone Eurocentric or American design and literary forms. Jungle Jim finds inspiration in the local vernacular, with words and images that speak in an African mother tongue, from old ‘fotoboekies’ (photo albums) and tattered vintage comics to Bitterkomix, where B-grade sci-fi meets spaza shop facade, attempting to revive a seemingly bygone subversive cultural period.

In pushing the boundaries of what could be considered a cultural mashup, an element of nostalgia exists, remixing corner café lucky packets and old Chappies wrappers. The quasi-kitsch nature of the risograph printing on discoloured newsprint, with the ‘cheap’ illustration style commissioned from established local illustrators, such as Shaun Hill (Batt Butt) and Hanno van Zyl, to name a few, further emphasises golden era thinking deconstructed. This is resourceful DIY publishing at its best.

First published in 2012, Sister is an independent, bi-annual magazine with a pragmatic feminist perspective. With a strong focus on women’s issues, Sister advocates female talent, opinion and culture. The publication provides a subversive discursive platform for young women especially, creating a consciousness moving towards changing institutionalised perspectives in society and tackling pressing matters that young women have to deal with.

#7 is themed “The Space Issue”, exploring and interpreting the idea of space from various perspectives — anything from head space to work space. Although this issue has been released with two covers, the one illustrated by London-based doodle bomber, Hattie Stewart, is arguably the most striking. Illustrated directly onto an exclusive editorial shot by Laura Allard-Fleischl, Stewart’s artwork spills over onto the magazine’s website. Here her cheeky approach flows between the various creative fields, including fashion, music and art, showcased on the site.

Named after “^”, the inverted V-shaped grapheme used as a spacing character in ASCII text, The Caret is a digital lifestyle digest focusing on the ever-evolving way that people live online. Subject matter ranges from light topics (such as uploading and downloading, streaming and sharing) to more-engaging interviews with active personalities about their respective internet lifestyles. The interviewee portrayed here is YouTube and BuzzFeed creator, Quinta Brunson, photographed by Austin Hargrave, who also recently did the cover portrait of Hilary Clinton for the October 2017 issue of The Sunday Times Magazine. The site is designed by the aptly named, New York-based Human; it’s a textbook display of responsive design, with its choice use of typography, embrace of white space, art direction and photography. No frills, just an aesthetically pleasing user experience, with equally pleasing literature to boot. 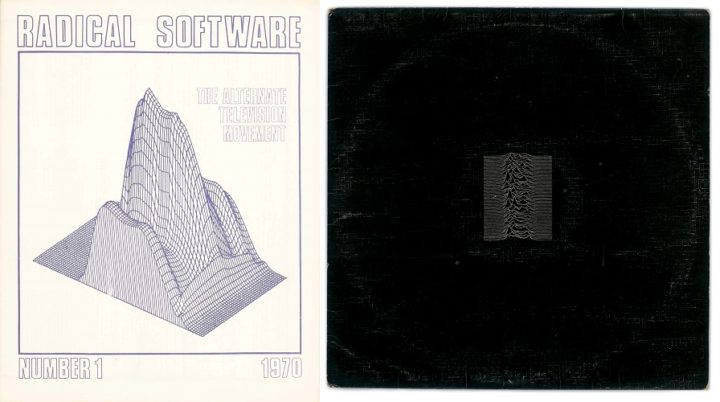 New York-based journal, Radical Software, was first published in 1970 as a means to promote video art, which was a fledgling creative discipline at that time. The name was not meant to reference some sort of program or application but rather the content of information, as visualised on the covers for issues 1 and 2. It was a call to action, creating awareness about the manner in which information is produced and distributed.

Originally intended to be a questionnaire sent to specialists working within the rubric of video art at that time, #1 was essentially a compilation of responses to the questionnaire, supported by a few extra articles. The journal was published by Michael Shamberg, known today for producing acclaimed films such as Erin Brockovich, Gattaca and Man on the Moon, among many others. The cover for #1 is particularly striking, designed by co-editor and co-founder, Ira Schneider, nine-years before Peter Saville designed his infamous album cover for Unknown Pleasures by Joy Division.

After 11 issues, and a fair amount of internal organisational conflict resulting in constant restructuring, the publication halted print in 1974.