by Herman Manson (@marklives) Hyundai is set to leave agency The Jupiter Drawing Room (Cape Town) after a relationship that has spanned 16 years. During that time, the brand went from the 28th to the third-largest passenger car brand in South Africa. 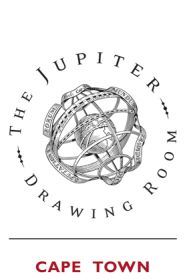 Kevan Aspoas, managing director of The Jupiter Drawing Room Cape Town, says the agency was advised that it had lost the business on the last day of December 2016. It is currently serving out its three-month notice period, which concludes 31 March 2017. The account was one of its four largest pieces of business and its loss will result in retrenchments at the agency.

According to Aspoas, no reason was given for the termination of the contract. A new CEO and marketing director had been appointed at Hyundai during the course of 2016.

Working on Hyundai has been an amazing journey for the agency, says Aspoas, and he is proud of the work it has produced.

Asked about the reasons for leaving its agency partner, Deon Sonnekus, general manager: corporate communications at Hyundai Automotive South Africa — proving once again what a ridiculous misnomer ‘corporate communications’ has become — would only say: “We are not prepared to discuss this, as we regard it as an internal matter.”

Industry sources indicate the account is still out to pitch.