by Arthur Goldstuck (@art2gee) A green hue illuminates the faces of men, women, boys and girls as they are transfixed on the machines in front of them. They could have stepped right out of a zombie game, but are fully functional human beings. They just happen to be playing games at the green-lit Xbox stand at the rAge festival. 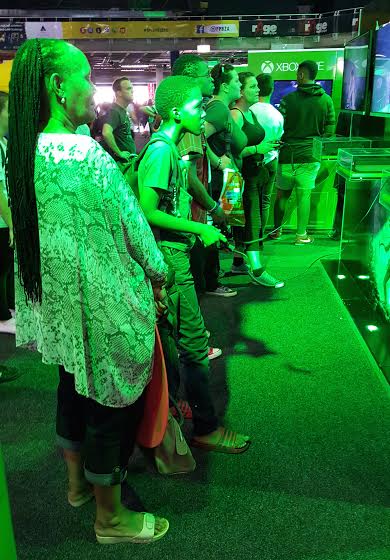 Going green at the Xbox stand at rAge.

Held once a year at the Ticketpro Dome north of Johannesburg, the computer games event is a regular reminder that gaming has a massive following in South Africa. A record 33 000 people attended the 2015 event. Globally, gaming has long been far bigger than the music industry and is even ahead of global box office takings at the movies.

One reason for the robust health of the sector is that there are many powerful sub-niches within the gaming niche. Xbox fans match the PlayStation 4 fans for both passion and skill, and help drive sales of both consoles and new games. The traditional PC game, however, is about to overtake consoles, projected to achieve $29-billion global revenue in 2016, versus $28-billion for consoles.

The PC game also remains the biggest drawcard at rAge, with is own sub-sub-categories, ranging from multiplayer gaming and international contests to networked tournaments called LAN – Local Area Network – gaming.

A typical LAN tournament runs over several days and contestants don’t leave the battlefield until it’s all over. At rAge, more than 2500 players arrived with sleeping bags, energy drinks and fast food budgets to keep them going for the 53 hours the NAG LAN tournament lasted.

Here, too, one could mistake them for participants in a zombie ritual – except that the machines they lug into the tournament area are as high-tech as PCs get. They are all more powerful and more expensive than any computer one would encounter in a corporate executive’s office. And around 8 000 of these PCs are sold in South Africa a year.

“Our mainstream gaming machines cost from R11 999 to R24 999 – you’ve got to be a fairly serious gamer to buy these,” says Jeff Kuo, South African country manager at ASUS, one of the biggest makers of high-end gaming computers.

He says ASUS sells about 5 000 units a year, making for around 60% market share.

“Our goal next year is to sell 6 000 machines, which is a big jump, because gaming is a niche market. But we want to expand the gaming market from premium model to mainstream machines, to reach occasional users.”

The most expensive gaming machine available from ASUS right now runs to an eye-watering R30 000. And next year, it will bring in a premium water-cooled monster for well over that amount.

At a slightly lower level of the wallet range, ASUS used rAge to showcase the new ZenBook, punted as “the world’s slimmest Ultrabook” at 12.3mm thick and weighing 1.2kg, along with the ZenPad, which brings PC standards to tablet audio and screen quality.

Kuo insists the new devices are not merely window-dressing: “Innovation must deliver new experiences and this is 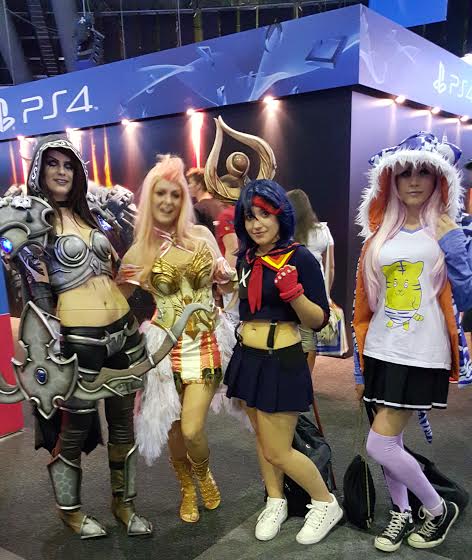 the overall benchmark for new ASUS devices coming into the market. For instance, ASUS is considering ways in which gamers can be more involved in the reality of their gaming experience. We’re looking forward to shaking things up in the gaming space with more interactive gaming options.”

ASUS was not the only big name taking the rAge gamers seriously.  Leading technology distributors Rectron showcased high-end gaming equipment from brands revered by players, like Corsair, Gigabyte, and Cooler Master. It also sponsored a team tournament around the popular new Heroes of the Storm multiplayer action strategy game, which publisher Blizzard describes as a “hero brawler” game.

HP and Intel joined forces to set up the networking equipment and servers that powered the LAN. Internet Solutions provided a 6.5Gbps connection to the Internet – and even this mammoth capacity was pushed to the limit, with 143 terabytes (TB) downloaded and 46TB uploaded. PlayStation, Xbox, Megarom, LEGO, Disney, BT Games, Dark Carnival and Rectron all added to the feeling of an international tech event.

The key to the success of the event, however, is in the games themselves.

“If there are ten massive games, we’ll have ten massive gaming events at the show,” says Michael James, senior project manager at rAge. “The gaming component is very dependent on what games are coming out, so you’re at the mercy of the industry but I’ve only ever seen rAge grow as an exhibition.”

The industry was especially kind this year: Game-maker Activision for the first time allowed one of its new flagship games to be previewed at the event. The long-awaited Call of Duty: Black Ops III, due to be released a month after rAge, saw aspirant players stand in long lines to get their turn.

“We’ve never had Call of Duty on the show floor before. It means Activision is taking the show very seriously, so that is healthy and exciting,” says James.

The big trends in gaming, he says, include gaming continuing to push the boundaries of technology, the growth of virtual reality gaming, and telecommunications companies like Telkom giving mobile data a big push. The real surprise, however, is the rise of “geekery”.

“It’s quite an old concept but, ever since Big Bang Theory arrived on TV, it has been pushed it into limelight. Geeks are cool this year.” 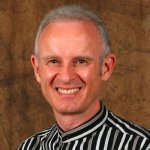