by Herman Manson (@marklives) In 1994, Pernod Ricard South Africa was a one-brand business. Part of the French-based Pernod Ricard Group, it was responsible for managing and distributing Jameson in the country. It has since expanded its market presence to include premium whiskey, vodka, champagne, rum and tequila brand ranges, says Charl Bassil, marketing director at Pernod Ricard SA.

The SA business started expanding its portfolio in 2011, when Conor McQuaid was appointed MD, and he brought a full-portfolio strategy to the company (he became global business development director for Pernod Ricard in March 2015). 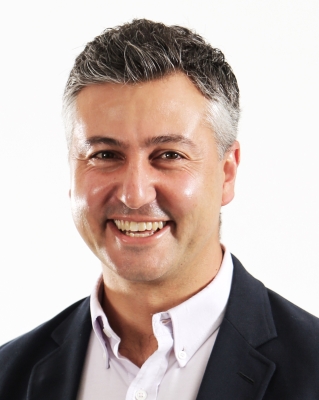 The company took a hard look at relevant local consumer segments and the occasions on which they enjoyed alcoholic products. It then set about mapping opportunities for Pernod Ricard brands in SA. Today, its SA portfolio includes Absolut Vodka, Ballantine’s, Chivas Regal, Jameson Whiskey, G.H.Mumm Champagne and other brands at the top end of their respective segments. It employs 270 people in Cape Town (globally, it employs 18 000 people and has €7.945m in net sales).

Pernod Ricard’s two strongest segments in the SA market are whiskey and vodka. The whiskey portfolio consists of Jameson, Chivas Regal, Ballantine’s and The Glenlivet. On the vodka side, it manages Absolut Vodka and is in the process of reinvigorating the brand in the SA market.

According to Bassil, apart from these two very strong pillars for the business, it also enjoys ‘bastions’ in the rum (Red Heart, Red Heart Spiced and Malibu) and tequila (Olmeca and Olmeca Spiced, Havanna Club) categories.

Pernod Ricard is making an entry into the local champagne market with G.H.Mumm; it had not previously, thanks to limited stock, something that has been resolved partly due to the acquisition of more land in the Champagne region and a cooling in China’s economy.

The company has high hopes for G.H.Mumm as an alternative to Veuve Clicquot and Moët & Chandon, both owned by LVMH. The brand launched in the previous fiscal and is already third in the market. Pernod Ricard is also building out its business in the cognac segment with Martell.

SA has been identified as a lead market by Pernod Ricard, joining others such as the US, China, Germany and the UK. Obviously, it’s seen as an entry into the broader African market. Bassil says the company tries to build platforms in SA that will also be relevant to the continent, but obviously African markets are incredibly diverse. As a matter of interest, the SA business operates separately from the sub-Saharan business, due to the different stages of market and brand development.

Its communication strategies are informed by focusing upon consumer insights which, in turn, inform portfolio strategies. He says the marketing team always asks three questions before it rolls out new communication: Is it right for the business? The brand? And the consumer?

Marketing may take a full-spectrum approach, depending upon the scale and budget of each brand. For smaller brands, the focus tends to be on digital, supplemented by radio and events. Larger brands get the full through-the-line treatment.

The business recently invested in a bespoke CRM system and runs a lifestyle platform on The Inner Circle, a site that offers exclusive and customised user experiences. In its first three months, it has signed on 15 000 users.

In terms of the current debate around government’s intention to further regulate the communication activities of alcohol brands, Bassil says the industry has proposed self-imposed restrictions to which the government is responding positively. It includes a levy to drive industry self-regulation and public-awareness campaigns. The levy would extend beyond alcohol manufacturers to include retailers.

Aspirational messaging is often on display in alcohol advertising, but Bassil says his own brands do target the luxury-market segment, so its advertising merely reflects the consumers it wants to sell its products to. That said, Pernod Ricard does self-regulate all of its communication so that the message is never that consumers look successful simply by virtue of using a Pernod Ricard brand.

It doesn’t allow anyone that looks younger than 25 to feature in its advertising, and its advertising may not infer sexual or business success as the result of the use of its products. It avoids audiences made up of under-18s, or placing marketing messages near schools or places of worship.

Pernod Ricard works with a range of agencies, with Vizeum as its media agency. On Jameson, it works with TBWA (ATL), Native VML (digital), Stretch (experiential) and Capacity (PR). Native VML has the ATL and digital business for Absolut, with Enterprise Republic working on experiential and Capacity on PR.  On Red Heart Rum it has Haas (ATL), The Brand Union (BTL/CI) and Hellocomputer (digital). Lowe & Partners works on Malibu.

A lot of attention is paid to creating owned experiences, such as the Jameson Cult Film Club. According to Bassil, people are craving experiences they can talk about.

Generally, the SA business looks for local agencies already aligned to global agency partners. Bassil has been introducing a more-systematised review process, including weekly status meetings, quarterly agency reviews and an annual performance review. KPIs are agreed upon before each campaign.

Agencies are more than merely suppliers at Pernod Ricard, says Bassil; they are partners — and this has always been a part of the company culture. By focusing upon partnerships above transactional relationships, Pernod Ricard intends building honest, transparent relationships with suppliers that include a shared view of success for both the agencies and Pernod Ricard, as well as shared accountability.

“It’s more a marriage than a one-night stand,” he quips, “and, like any marriage, that means hard work, but it also makes it meaningful, and sticking together through the tough times.”

The SA marketing team, says Bassil, has a real influence upon Pernod Ricard brands due to SA’s strategic value as a gateway onto the rest of the continent. He is especially proud of the fact that Pernod Ricard’s marketing communications manages to offer meaning beyond selling product: Chivas’ campaigns praise and promotes social entrepreneurs (with aUS $1m prize), Ballantine’s promotes and discovers new DJs, and Absolut supports African musicians.

It’s initiatives like these that are helping its brands define popular culture, instead of simply being lead by it, he says.