Ad of the Week: How to make a hipster cry

by Oresti Patricios (@orestaki) Oh, those poor hipsters! They’ve been under fire again from Garagista, the craft brew that’s decided it’s safe to poke fun at hipsters. After the success of last year’s integrated campaign by FoxP2, a ‘reverse spin’ was served up, such is the power of creative thinking that the theme of the campaign has become a new sub-brand….

I featured Garagista last year, for its sardonic and slightly Monty Python-esque video ad, featuring a consignment of ‘limited edition’ Garagista beer being hijacked by a band of hipsters.

The term ‘garagiste’ (with an ‘e’) is a slightly condescending term that winemakers use to refer to small wine producers and hobbyists who buy grapes and attempt to make wine in their home cellars or garages. Garagista, however, is anything but amateur hour. A small Cape Town-based microbrewery based in Woodstock, Garagista produces a small range of very potable brews, which are appreciated by those who prefer something unusual in a craft beer.

Craft beers are becoming ever more desirable, and there are numerous brands available in South Africa — not only local but imported brands, too. The allure of a craft beer is that it will taste different, even if it does cost a little extra: it’s for the connoisseur, and perhaps it has something of ‘snob’ appeal to it. Weissbiers, bonecrushers, fruit-flavoured beers and pale ales abound in a market full of brands that are having a hard time differentiating themselves.

Hipsters are, by definition, attracted to that which is rare, but also that which is retro. Ironically, hipsters don’t see themselves as hipsters. The hipster’s aim is to be individualistic and nonconformist, although this incongruously leads to a hipster aesthetic that may be spotted a mile away. If Sandton is home to the trendy, Cape Town houses the hipster. 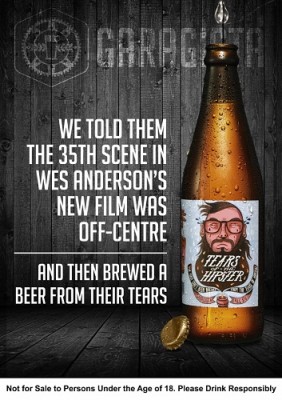 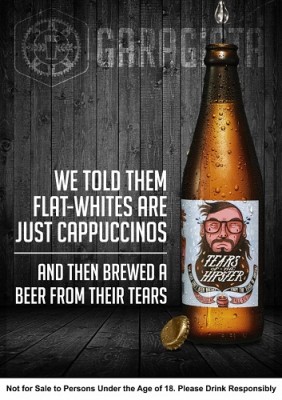 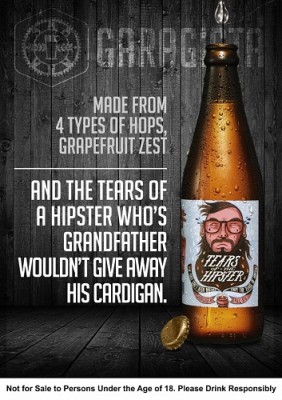 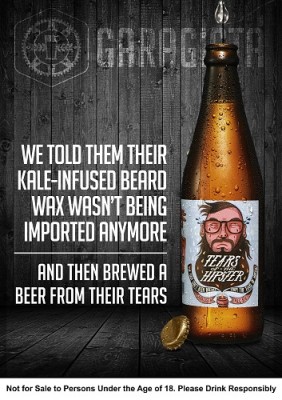 Late last year, Garagista created a special-edition beer for the Cape Town Festival of Beer, called “Tears of the Hipster”. To go with this was a series of posters, designed by FoxP2, explaining how Garagista obtained tears from hipsters in order to brew this beer.

“We told them their favourite kale-infused beard wax wasn’t being imported any more… and then brewed a beer from their tears,” reads the one poster. “Made from 4 types of hops, grapefruit zest … and tears of a hipster whose latest selfie wasn’t getting any likes,” is another. The beer label features a caricature of a long-haired man with tears flowing.

The special-edition beer sold out within two days of the festival, and won the award for best-named beer of the festival. The brand claims in its publicity material that it was the most talked-about beer at the festival, receiving more online mentions and engagements than any other brand. Which goes to prove that even hipsters have a sense of humour and appreciate quality.

Released as part of its range

Be that as it may, the brewmeisters decided to release Tears of the Hipster as part of its range and it may now be found at ‘selected outlets’ — so probably not at the neighbourhood pub, but at trendy spots where hipsters wouldn’t be seen dead (or so they may claim!).

This ad campaign follows on from last year’s one with the same humour and intelligence, building upon a real standout identity for the brand.

And if enjoying a craft beer makes me more ‘trendy’ and less ‘hipster’, then I’ll drink to Garagista and FoxP2 for a campaign that’s spawned a new label. Cheers! 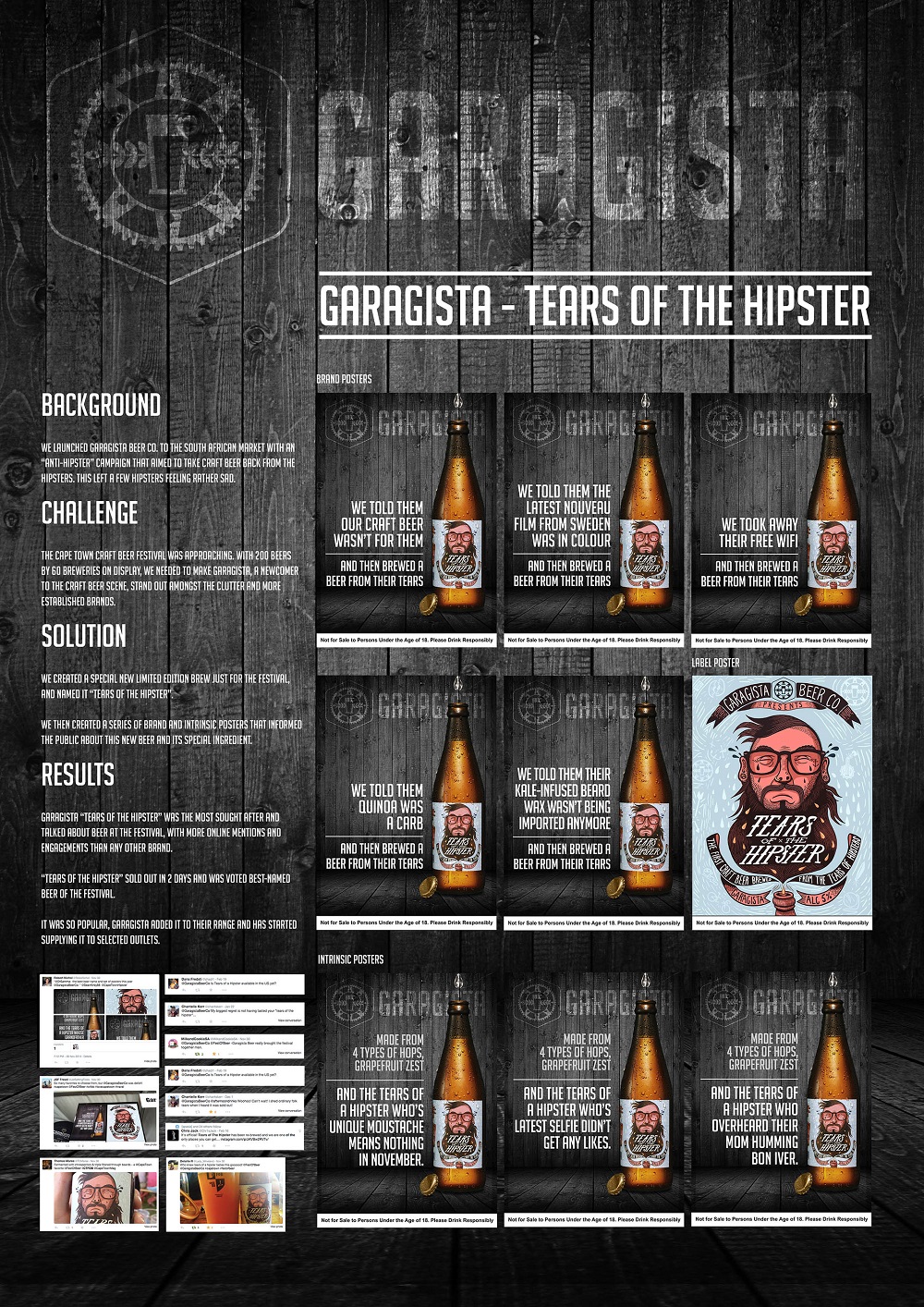