Ad of the Week: What makes South Africa unique

by Oresti Patricios (@orestaki) South Africa has many cultural ‘quirks’ that we, who live here, consider normal. Visitors enjoy finding out about them as it gives them a sense of ‘insider’s knowledge,’ of having been exposed to — and become part of — something special.

The new Santam TV commercial, created by King James Group, celebrates this specialness, holding up a mirror to South Africans of some of those things we find normal every day, but are totally weird and inexplicable to a foreigner.

King James Group TVC for Santam: “One of a kind”

The TV ad starts with a wintry scene in London: one man in a delivery van is telling another man about his holiday: “Sensational — the beaches. The sunshine. The women!” he raves.

The next scene is of a huddle of young Japanese women in a subway station, looking at photos on a cellphone. “It’s a road sign that says, ‘Hippo crossing’,” says the one.
Her friend laughs: “You lie. It’s Photoshop.” 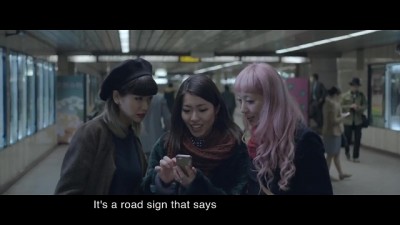 In the next scene, a father is telling his two young daughters: “You see, the baboons come into your house and trash everything!” The children are incredulous.

The following scene is set in a Scandinavian country. A man is telling his friends: “They love making fires everywhere. They call it ‘chop en dop’.”

The scene then cuts to an Indian suburb, where a young man is telling some onlookers: “They take a bakkie, fill it with water. All get in and drive to the rugby like that. They call it a ‘bakkuzi’.” 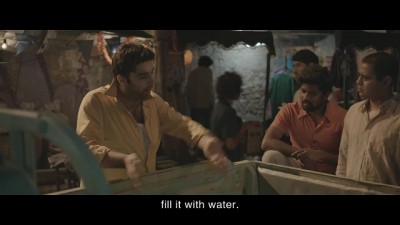 At this point, the ad changes pace, having established all its principal characters. Three South African concepts are explored that one would normally describe as negative: burglary, load shedding and car theft — or rather, the burgeoning industry that the latter has created: car guards.

It’s here, too, that the ad cleverly shifts the focus to topics that are more insurance-related, although it’s not an overt sell. The pace of the editing picks up as the common ideas are echoed around the world.

First, it’s a wintry scene where two women are speaking Russian. “They have beautiful homes, but with really high walls,” says the one.
“To keep something in or out?” asks the other.
The first woman shrugs. 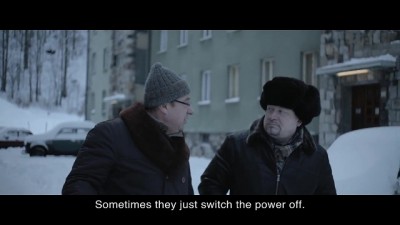 The next scene is also in Russian, or perhaps some other Eastern European language. “Sometimes they just switch the power off.”

A name for it

Cut to an English woman: “They even have a name for it…”
Cut back to the Scandinavian dinner table: “Load shedding.”
Cut to the Japanese lady: “Load shedding?”
Cut to two American women at a children’s basketball practice, laughing: “I could shed a little load.”

Then it’s back to the two Londoners, as they offload the contents of their van. “16 people in here?” the one asks.
“That’s right.”
“And they call it a mini-taxi?”
“That’s not the half of it mate. They’ve got these things — car guards.”
Scandinavian: “Car guards.”
Russian: “Car guards.” 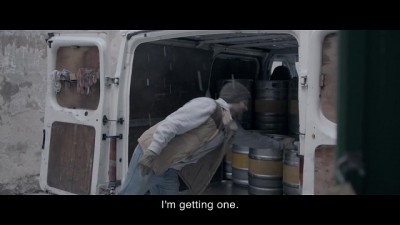 Back to the Londoner: “Watch your car, make sure it’s still there when you get back.”
“Mate, that’s amazing!” exclaims his friend, “I’m getting one.”

The ad is engaging because it offers South Africans a view of themselves from the outsider’s perspective, without any pandering or narcissism. As a nation we can laugh at ourselves, we can face our problems head-on, and we don’t need to make any excuses for what we are — just as crazy and contradictory as any other country in the world.

The message is solid and clear, and manages to tread that tricky line that insurance companies have to tread — selling peace-of-mind in case of tragedy, without necessarily scaring your potential customer.

It’s a huge improvement upon Santam’s previous campaign, where people in the street were hypnotised into thinking they were pregnant or old; many people I spoke to found that disturbing and ‘creepy’.

This is a feel-good, optimistic campaign that makes keen observations of SA society, with spot-on casting, acute copywriting and fly-on-the-wall style cinematography, and direction that pulls it all together into a cohesive whole.

It’s refreshing to see an insurance brand taking a risk in thinking laterally about its product, and doing marketing that gets people talking, with a smart, optimistic message.