by MediaSlut (@MediaSlut) As we move towards the end of 2013, it’s the perfect time to reflect on some of the best, worst and most talked-about magazine covers over the past 12 months. For the second year running, I’m proud to announce my selection of the 10 Best South African Covers of 2013.

It’s the first part of our #MagLoveTop10 magazine cover series, which includes:

Want to view all the covers at a glance? See our MagLove Pinboard! 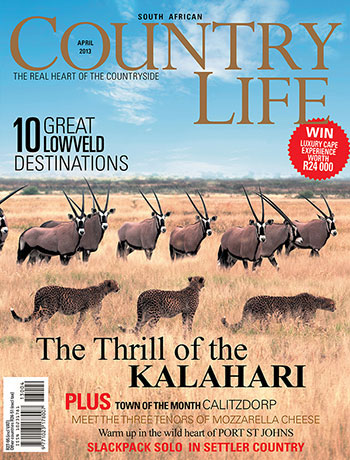 THE HUNT: If I have to be honest, I don’t think Country Life produces consistently beautiful covers. It’s very hit-and-miss with this publication.

But this cover (April 2013) has all the elements to make make it onto my Top 10 list, and it’s also probably its best cover so far.

It has great photography with a great story behind it, almost keeping me in suspense wanting to know “So what happened next?!” 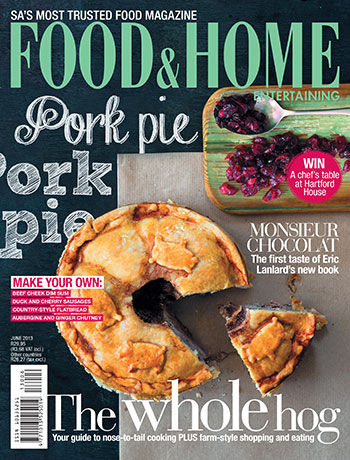 THE WHOLE HOG: You might recall that one of the Food and Home Entertaining covers (April 2012) made it to my 10 Worst  Covers of 2012 last year… Forward 14 months, and turn the oven to 180°, and you get a relaunch and new-look issue and cover that makes it to my #MagLoveTOP10 Best SA Covers of 2013 list…!

It’s one of my favourites for a number of reasons: it’s of international standard; it’s a massive leap from its previous covers; it’s quirky (spot the little piglets on the pie); and it’s drool-worthy. 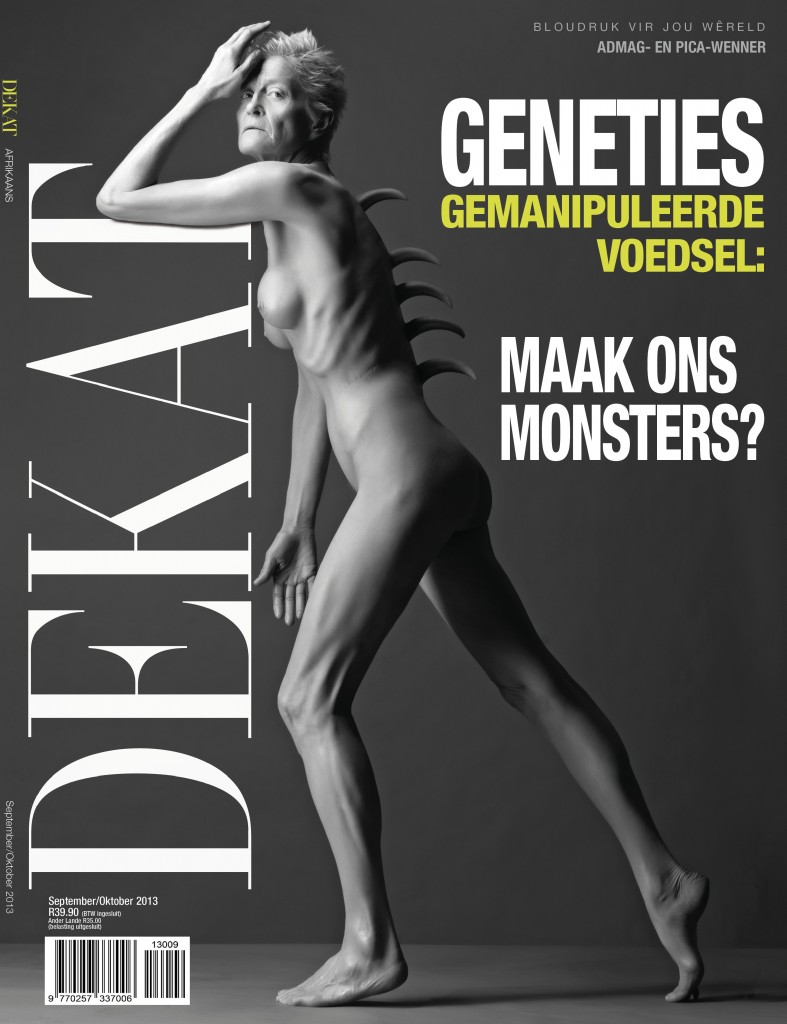 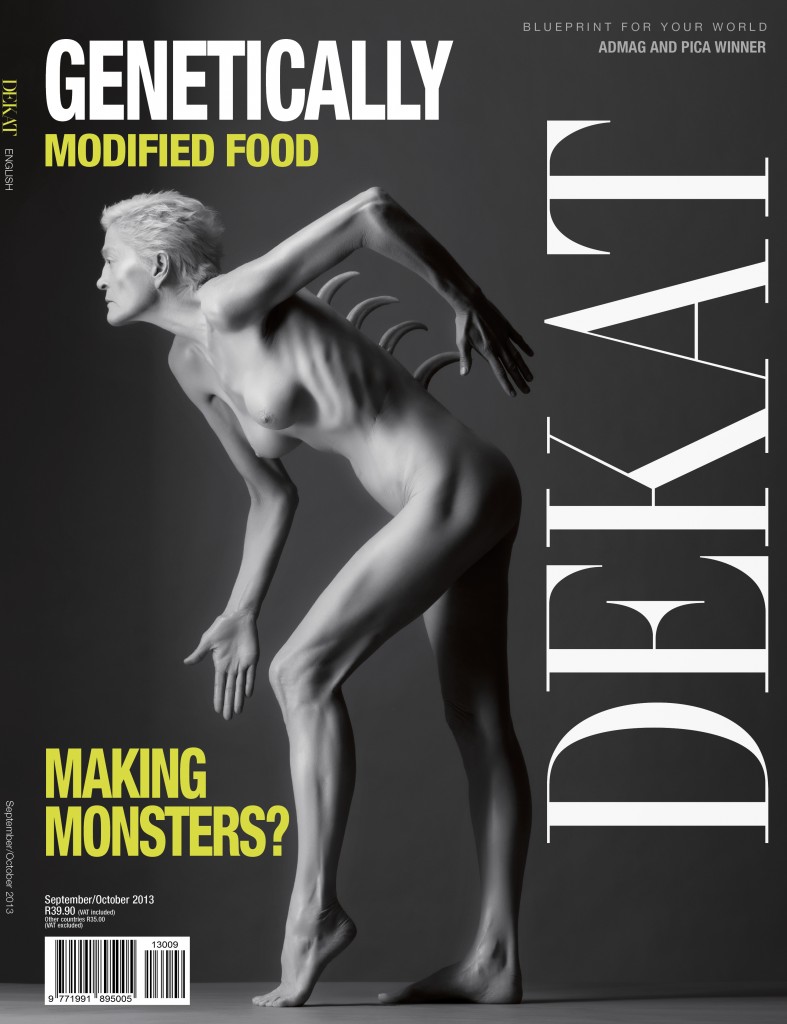 GET YOUR FREAK ON: I’ve been told, and have read, that a lot of people don’t like these De Kat covers with a naked Elzabé Zietsman, which were so controversial that only Exclusive Books decided to stock the issues. But I think it’s brave, bold and beautiful. It started a conversation, and that’s partly what makes it a great cover!

It’s been one of the most talked about issues and covers in SA media in 2013, and it comes in at no. 8 on my list… 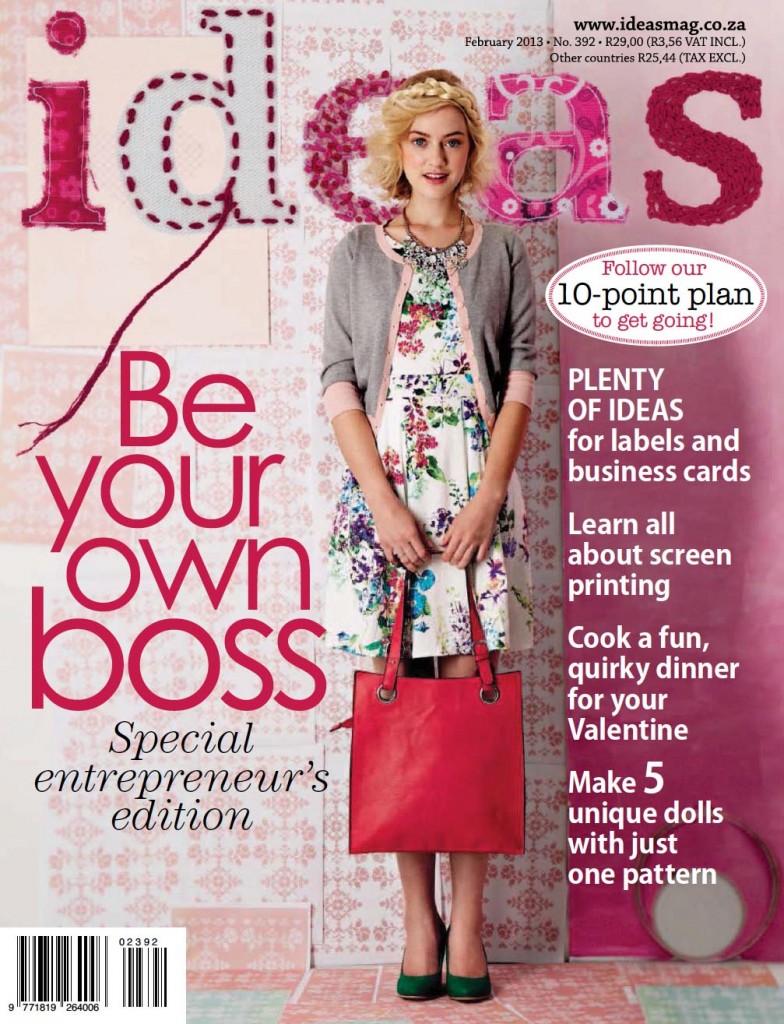 CRAFTY: If there were an award for a SA magazine that consistently produces creative and crafty covers, and constantly pushes the boundary, it would have to be Ideas/Idees magazines. Ideas had one of the biggest price increases of any SA title (from R29.90 to R40), but I think it’s worth every cent…

It’s worth looking at all the covers but I have to single this one out because of i’s creative logo that just captures the essence of this brand perfectly. 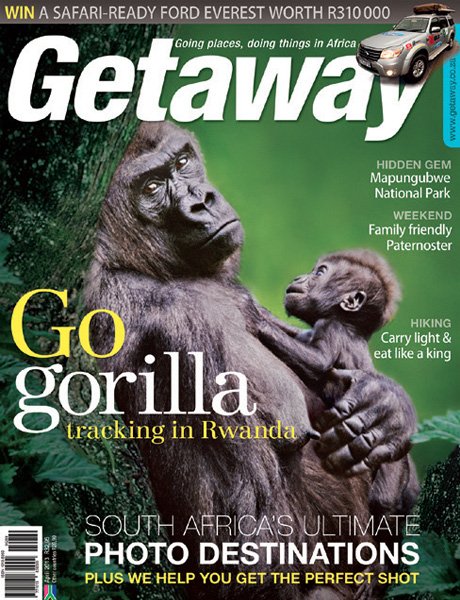 FOR THE FAMILY: Last year, its September 2012 cover took the  n0. 1 slot on our Top 10 list, and this year at no. 6 is Getaway’s April 2013 cover, with the ultimate gorilla-family picture on the cover that just has so much emotion! It actually pursuaded me to put gorilla-tracking in Rwanda on my bucket list, as it just captured a perfect moment, and set the scene for the whole issue.

It’s a pity that Getaway will most probably never be producing such amazing (and striking) covers with nature’s models on it again, as it recently launched a new look which includes having models/people on its covers. Would be interesting to keep an eye on, though. 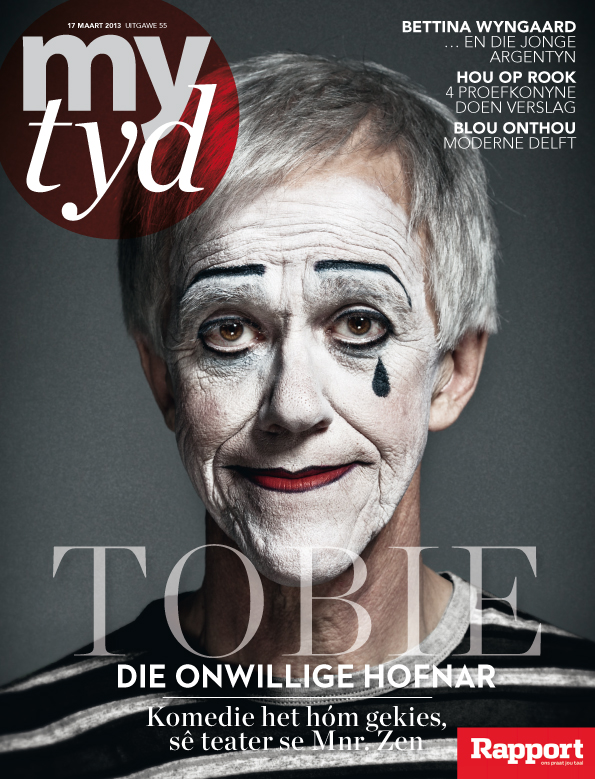 QUIET HUMANITY: If I think of all the covers of 2013 which featured a personality on it as part of a profiles feature, My Tyd (Rapport) and this Tobie Cronje cover has to take the prize as the best of the best. This image and cover of Cronje captures his humour and personality, and what he stands for in the minds of South Africans, perfectly!

The cover was shot by photographer Antonio del Hoyo, who passed away just after completing this project — I see this cover also as a tribute to his amazing work. 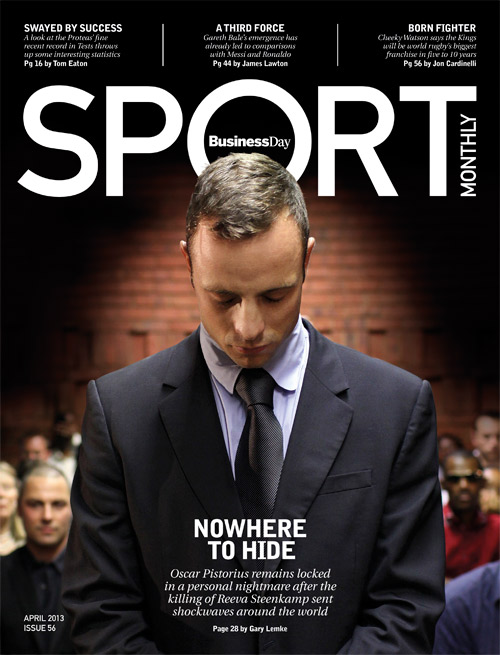 THE FALLEN HERO: Since the shocking news of SA amputee sprinter Oscar Pistorius shooting and killing his girlfriend Reeva Steenkamp in February 2013, SA has been inundated with Oscar-related covers and news. Huisgenoot and YOU took the lead with Oscar covers, and their very first cover of 28 February 2013 even received a Highly Commended for Consumer Cover of the Year at the recent PICA Awards.

I find the cover very haunting and feel that it tells a whole story just by itself. And the “O” of the text “SPORT” behind his head is indeed intended to represent a “halo” for this fallen angel… 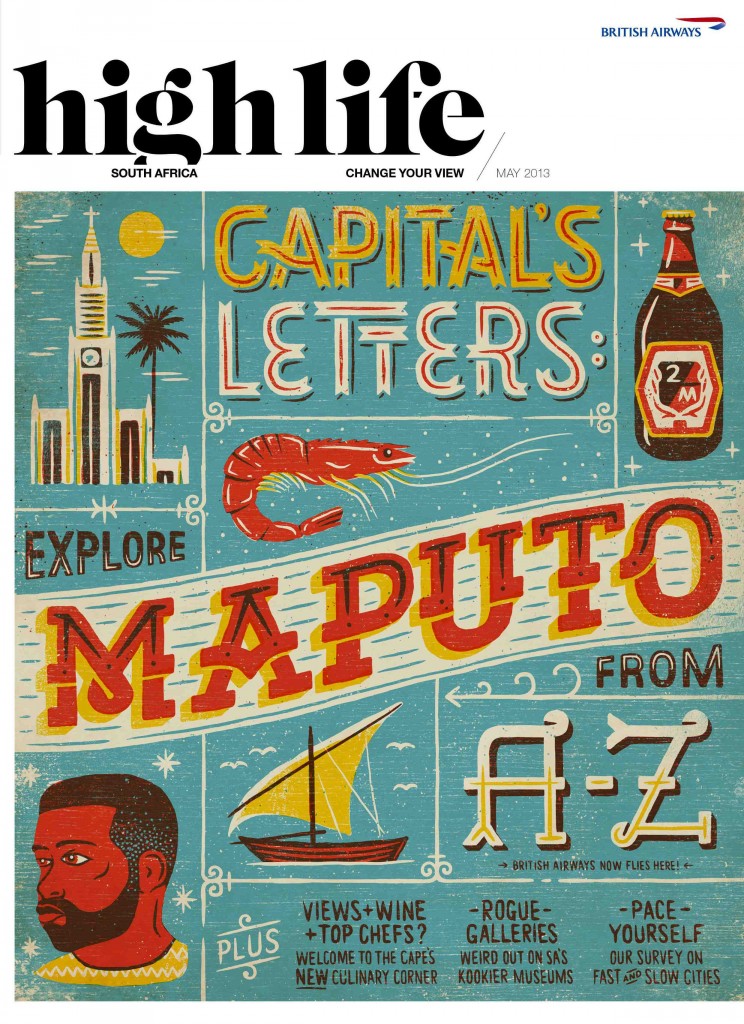 THE EXPLORER: My favourite SA in-flight magazine is definitely British Airways’ High Life magazine, as cover after cover is brilliantly done and executed, and the layouts are always award-winning! Its May 2013 Maputo-inspired cover takes my no. 3 position for its creativity and for taking the editorial feature to the next level.

But it’s not just me who likes the cover; it also won Customer Cover of the Year at the PICAs, and at the New York Awards it took home a Gold Pearl Award for Best Cover in the Design category (with circulation less than 50 000). 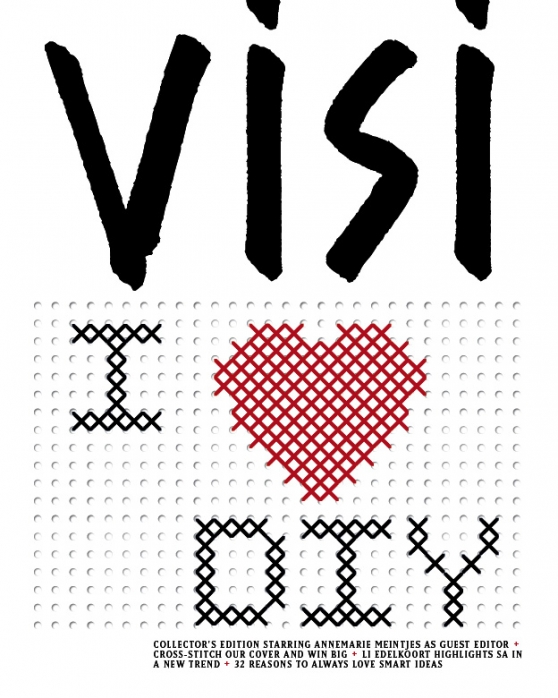 STITCHED: When you have a magazine cover that gets readers to interact with it, it’s amazing. But when you get a cover that actually gets people to spend hours and hours (literally!) with it, it’s just bloody brilliant publishing! For its DIY-issue (VISI 64), it invited readers to use the actual cover (that had holes in it) to crochet it, and to send in pictures of their own art works. And, by looking at the entries, they received thousand!

This issue and cover of VISI is the perfect example of why print is so important (and still amazing), as something like this wouldn’t have been possible if it’d only been done digitally.

VISI 64 also won Consumer Cover of the Year at the recent PICAs. 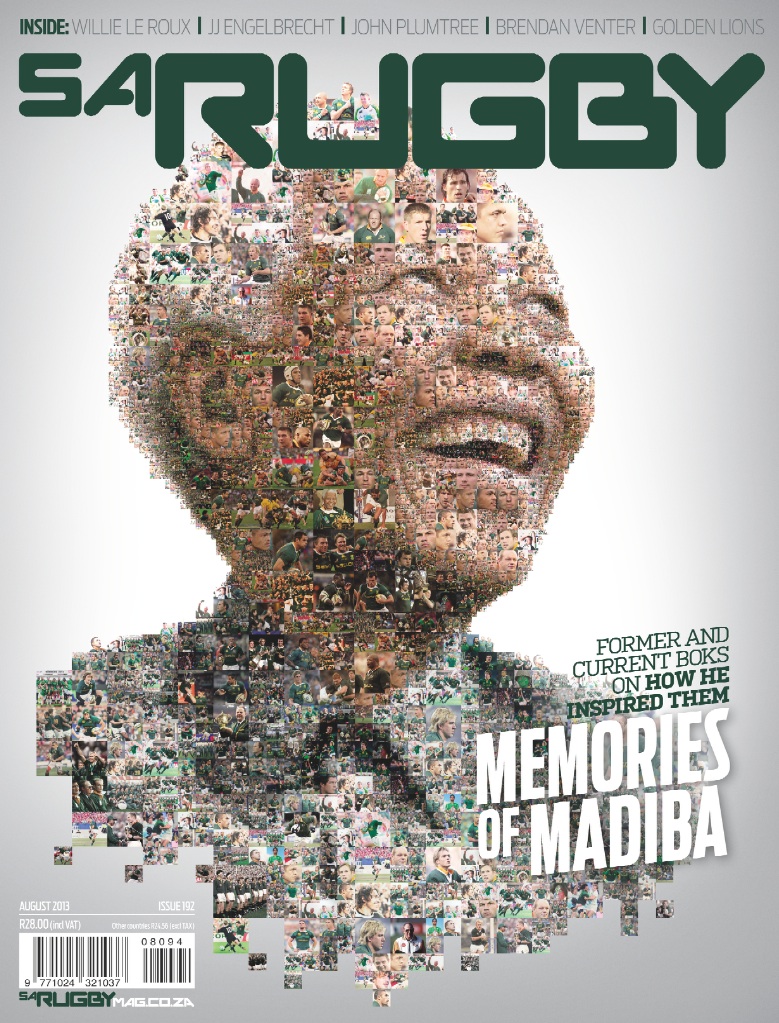 And the no. 1 SA magazine cover of 2013 goes to SA Rugby for its August 2013 cover, where it celebrated the massive contribution Nelson Mandela made to South African rugby!

It could easily have been done in a cheesy way, but about 40 000 images were used to create this amazing collage of Madiba pictures to celebrate this “Memories of Madiba” issue. The pictures used were of him, and some pivotal players (John Smit, Victor Matfield, Francois Pienaar and Chester Williams etc) and significant moments (’95 and ’07 Rugby World Cup ect).

The cover was published at a difficult time when SA was unsure of how much longer Madiba would still be with us, so it puts a smile on  my face (and the rest of the country, I’m sure) and a very proud moment (of magazines and publishing in SA, and of Madiba).

Find a cover we should know about? Tweet us at @Marklives and @MediaSlut.
Want to view all the covers at a glance? See our MagLove Pinboard!