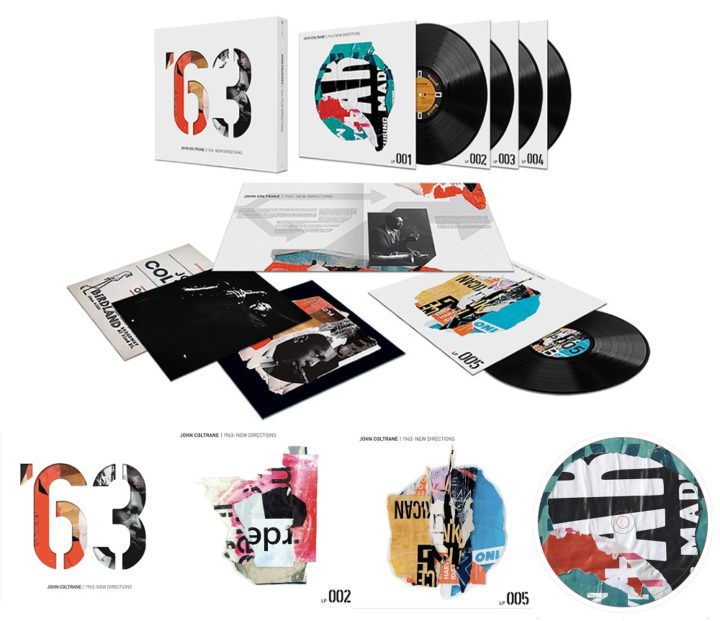 Iconic graphic designer, David Carson — known for classic album cover designs for historic bands such as Nine Inch Nails and Bush, and trendsetting magazine covers for Volkskrant, Same Old, Wallpaper, Émigré, Blue, Speak, Raygun, and much, much more — sets yet another standard with his latest album cover design. Planned for release on 16 November this year by the legendary jazz label Impulse! Records, “1963: New Directions” is a five-LP vinyl box set that showcases Carson’s now-iconic grunge aesthetic, distilled, evolved, and matured. Noteworthy here are Carson’s succinct collage works, poetic in their craftsmanship and placement, not dissimilar to contemporary designer Mike McQuade. This album will be sought-after, if not for its considered packaging design, definitely for the fact that 1963 was a pivotal juncture where Coltrane deviated from his previous jazz masterpieces and took the genre into a completely experimental direction. 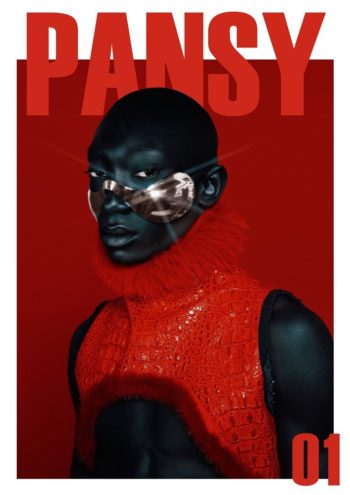 Originally published as an online-only menswear magazine, Pansy has recently published its first limited-edition print version. Its aim? To deconstruct masculinity, running parallel to the spirit of the female zeitgeist, effectively redefining what it means to be a ‘man’ today. Focused on men’s fashion, Pansy combines the creative forces of fashion, photography, and modelling to craft aesthetically pleasing stories that challenge the status quo. It’s graceful in its own idiosyncratic form of protest, where popular narratives surrounding traditional notions of ‘man’ are brought into an arena for debate. It contrasts strict classifications of masculinity with dated notions of femininity, crafting a critical discourse that’s uninhibited by established ideals, and free to express fresh perspectives and alternative avenues. Importantly, mainstream ideas about gender are questioned through tasteful, bold and considered forms of representation, fashion being the core, supported by photography, flanked by modelling. Hopefully this edgy publication will be seen on the newsstand next to Men’s Health sometime soon. 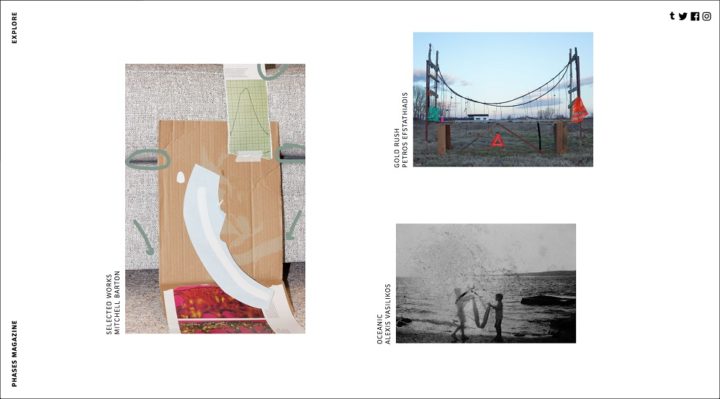 An uncluttered platform that invites open submissions with no set guidelines, Phases is an online magazine that showcases contemporary photography from across the globe. A selection of three portfolios is published each week, showcasing the work of established and emerging photographers from around the world and celebrating the simple beauty of photography with no hifalutin ornamentation or layered navigation — allowing one to simply enjoy the art form for what it is.

WURM was a Pretoria-based periodical with a penchant for avant-garde tendencies, thanks largely to an eclectic group of contributors, most of whom where outcast from the mainstream and were rejected by most-established publications. WURM existed under the political radar, and didn’t pursue political transformation, seeking rather to incite cultural change by focusing primarily on alternatives to the dull and dogmatic Afrikaans literary orthodoxies of the time. As such, WURM attempted to create an inclusive space for more-pluralistic forms of literary expression, even if that meant submissions of ‘lesser quality’ from contributors. The inclusion of normally silenced ‘outsider’ or ‘alternative’ contributors would later become an approach used by the prolific Stet magazine in the early ’80s, featured in this column earlier this year.

WURM appears to have been influenced by dadaist traditions — particularly when it comes to its experimental treatment of typography and unorthodox literary practices — which culminated in the beat movement epitomised by the work of Allen Ginsberg, Jack Kerouac, and William Burroughs, to name a few (arguably culminating further with punk). As a result, WURM was perceived as a South African avant-garde publication by many, fueled by unusual collaborations between predominantly Afrikaans poets and implementing concrete poetry reminiscent of early avant-garde experiments that SA conceptual artist, Willem Boshoff, would later develop into his publication, KYKAFRIKAANS (1980).

WURM was independent periodical, sans any funding, published in incredibly limited editions. WURM’s name, phallic in association, was inspired by a poem by Eugène Marais, titled “The Soul of the White Ant”, where a worm demolishes the walls of establishment which nourish, in the form of apples, the rotten foundations of Afrikaans literature. WURM openly challenged antiquated literary institutions in SA, defying the accepted norms of established publishers and authors, particularly within the rubric of Afrikanerdom, embracing all that was outsider.

Noteworthy covers include WURM #5, published in 1967 with a cover by legendary SA artist, Walter Battiss, titled “destroying angel”. WURM #9 and #10, both published in 1968, sported a linocut by the enigmatic South African poet and artist, Wopko Jensma, which effectively combined text and visual elements. WURM #11, published in 1969, had contributions from the US, Greece, Czechoslovakia and Belgium, as the quasi-avant-garde nature of the periodical became known to a growing international readership.

WURM ended print in 1970 due to financial and personal reasons for the magazine’s then editor, Phil du Plessis, who has been quoted for saying that Afrikaans literature ‘post-WURM’ had no alternative underground press other than the “wholesale disappointment” of Kol magazine (1968–1969).