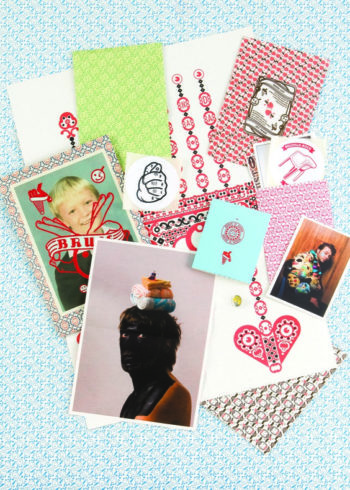 San Francisco-based publishing company, McSweeney’s, promotes contemporary writing in printed form through its website, driving awareness of new and relevant authors across media. Refreshing in its angle, with lots of shelf appeal, #53 of McSweeney’s magazine is more reminiscent of a children’s lucky packet with its bespoke Ziploc-style packaging. This issue is similar in approach to a local South African publication called MK Bruce Lee, published by established South African designers, Peet Pienaar and Hannerie Visser, and produced several years ago through their now-defunct Cape Town-based design studio, The President. Perhaps the most-striking aspect of this issue are the eight party balloons, which need to be blown-up for one to access and read the stories that are printed on them. The vinyl-bound hardcover is also a quality piece of magazine craft, illustrated by a yet uncredited illustrator.

Most university graduates may relate to the traditional tossing of their oxford hats into the air at graduation ceremonies. But, after that one short moment where everything seems possible, life kicks in and the question often arises, what now? It’s an age-old dilemma; nobody teaches us as students in university how to be savvy with our lives after graduating, particularly when it comes to finding a job, paying taxes, avoiding debt (other than student loan debt), etc.

A special section of the New York Times, titled “Life After College”, tackles this topic in an accessible and approachable way. The clean, structured, and minimal cover and layout inside are art-directed by Andrew Sondern, supported by illustration from Eden Weingart who poetically depicts this important university experience as the motion of the oxford hat rising up and then falling. In an odd way, the cover reminds one of Richard Longo’s series titled “Men in the Cities”, made famous by the film, American Psycho, adapted from Brett Easton Eliss’s infamous novel. The supplementary website for this special section follows the same design sensibility, imbued with synergy and continuity, and offering a microcosm into the world out there after graduation day. 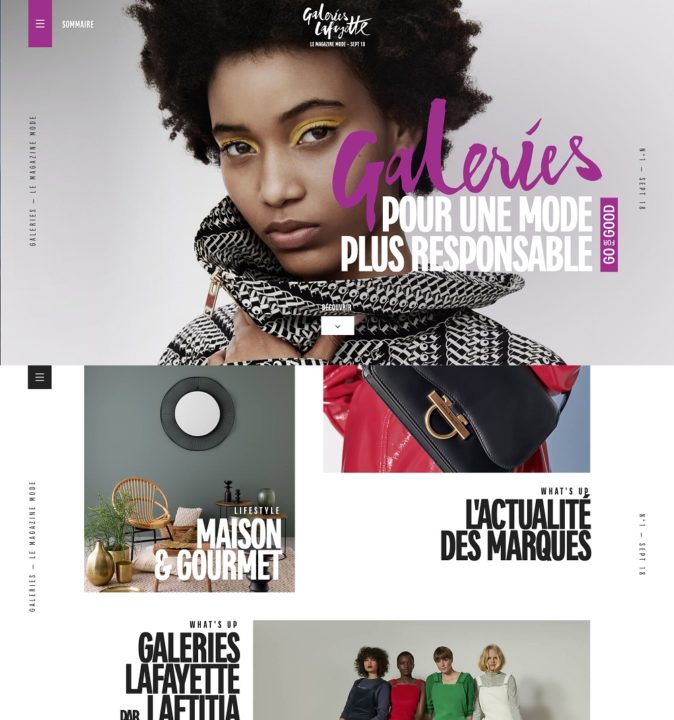 For many a fashion institution, the Parisian department store, Galeries Lafayette, has recently added to its iconic retail brand with its own online magazine. Launched in September this year, #1 is a tastefully designed website that exhibits a strong awareness of web design, and follows the latest media standards and trends. The site speaks in an apt tone of voice, supported by considered art direction, dynamic layouts, animated visuals, subtle transitions, well-directed and styled photography and video content, all crowned by a solid ecommerce platform and intuitive navigation.

Accessible sections, including features and articles about the latest fashion trends, fashion advice, and happenings, make the site ever more engaging. With all its attractive content, arguably the most attractive section is “Go for Good”, which is spearheaded by the call to action #GoForGood, a movement for ethical fashion. A collaboration with fashion designer, Stella McCartney, who emphasises sustainable luxury fashion with her own brand, #GoForGood is a social awareness campaign that promotes the idea of looking good while doing good. “The Good Spot” is a section of the site that showcases products that adhere to the ethics and values that apply to the movement. #GoForGood launched on 10 October; find more info here. 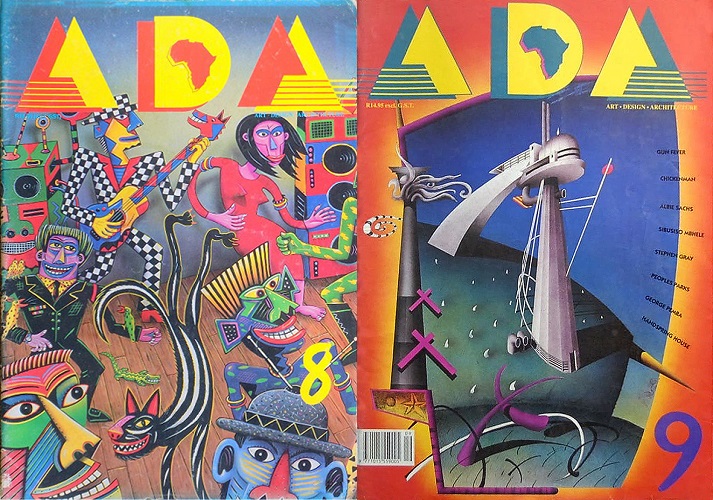 Edited by art critic, Jennifer Sorrell, ADA was a South African cultural magazine first published in 1986 during the height of the apartheid era. Its name is an abbreviation for “Architecture, Design, Art”, which also acted as the magazine’s tagline and effectively defined the focus of the publication. Most issues were printed using a large A3 format, with a design approach typical of the late ’80s zeitgeist in South Africa concurrent to the resistance movements fighting against apartheid, just before independence and the rise of democracy. As such, the magazine delivered an alternative type of journalism that was metropolitan and interdisciplinary, true to the spirit of resistance and transformation in SA at the time, and envisioned a prospective post-apartheid cultural identity.

Fourteen issues were sporadically published between 1986 and 1996. Although it could be argued that architecture is design within the scope of the magazine, art was seen to be a looser term comprising various art forms, including the fine arts, music, literature, dance, theatre, and many more. ADA discovered and supported now-important local talents, all historical contributors to SA culture, many of whom have themselves become cultural establishments.

There are too many significant moments in the magazine’s history to mention but some highlights include #1, which introduced Manfred Zylla; #7, which featured Helen Sebidi; #8, which featured Fook island ‘citizen’ Norman Catherine on the cover; #9, which profiled George Pemba; #11, which included an early Bitterkomix comic-strip titled “Suidoos” by Conrad Botes; #13, which had a photomontage of president Nelson Mandela by Lien Botha and an interview by Pieter-Dirk Uys with Madiba — the list goes on. The final issue, #14, published in 1996, featured contemporary legends David Goldblatt, Steven Cohen, William Kentridge, and Penny Siopis, to name a few.

Perhaps the most-popular issues were the cultural “A to Z” profiles, which focused on the three largest cities in SA — Cape Town (#11), Durban (#12), and Johannesburg (#14) — which gradually developed a quasi-avant-garde narrative surrounding each scene. Based on the creative energy and cultural verve of the time, perhaps there’s a lesson to be learned from ADA’s prolific formula: intentionally producing culture as opposed to blindly consuming it. 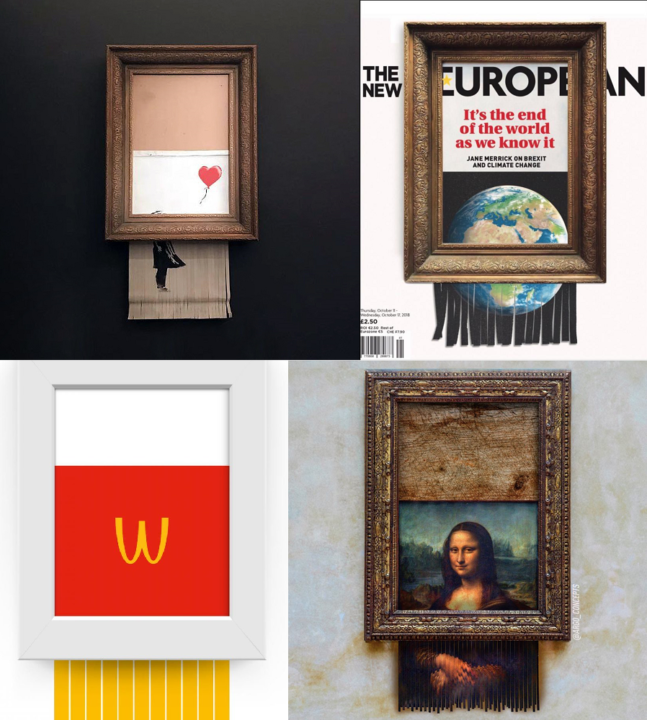 Before this becomes old news, a brief visual association to illustrate how meaningful Banksy’s recent performance is, where he made his ‘Girl with Red Balloon’ artwork self-destruct seconds after it was sold at a Sotheby’s auction in London for close on R20m — if not for its commentary about the current socioeconomic state of the world, then at best for the storytelling potential of intertextuality, parody, and appropriation, particularly the way this event riffs off Marcel Duchamp’s infamous large glass. Some more parodies here.