by MarkLives (@marklives) This week we feature insight into the brief, creative idea, production challenges and results of the “Father’s Share” campaign for Allan Gray from King James the Second.

Allan Gray refreshes its long-term investment campaign every two years and this was the first campaign produced with us, its new agency. Its considerable heritage of great advertising has largely defined the communication language for the finance category in South Africa. As a result, Allan Gray’s marketing team and we, creative team from KJ II, had to rise to the challenge of not only sustaining this position but also taking the work to the next level.

According to Zwelethu Nkosi, Allan Gray head of brand and advertising, “stories influence behaviour and can encourage our clients and potential clients to embrace the values that are important for the brand and that the extent to which these values are embraced reflects the success of our advertising efforts.” 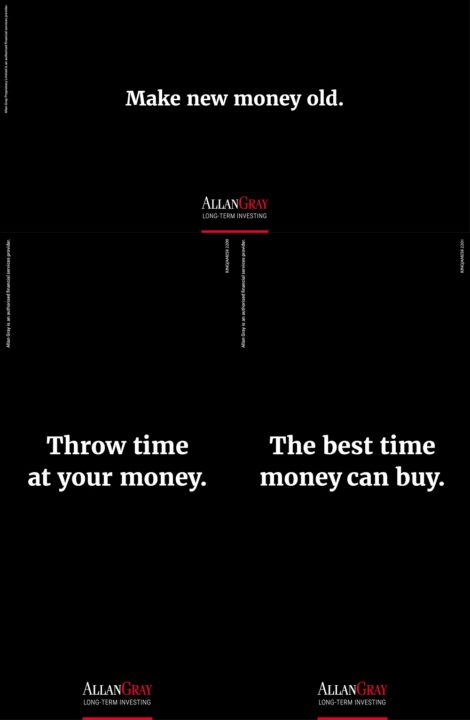 The challenge was to up the ante yet stay true to Allan Gray’s values, and ground-breaking creative work was both a challenge and a licence to explore interesting new avenues and reboot our thinking. The phrase coined “true rewards take time” is not a new one but rings especially true for Allan Gray, as it’s not a popular or fashionable viewpoint but one that’s the very cornerstone of wealth creation.

The campaign kicked off with a heart-warming universal fable, told in a truly South African way, of a boy learning the value of long-term investing from his father. A radio and outdoor campaign followed that, highlighting the value of waiting, plus a print campaign that spoke to the amount of patience and grit required to achieve extremely long-term goals. 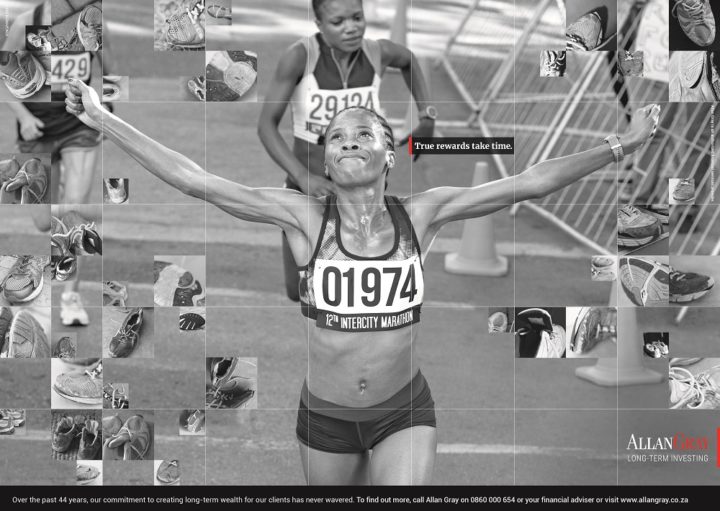 Painstaking detail and research went into the production of the ad, with particular focus on the accurate representation of South African history over five decades. While there’s a plethora of information on the politics of the times, there was very little documented historical information about life in the rural areas between 1940 and 1960. Enter renowned actors, John Kani and Mabutho “Kid” Sithole, who provided accurate historical and cultural detail through their extensive anecdotal and childhood experiences.

Staying away from the big three South African languages, it was decided to use Sesotho as the campaigns language, and a dialogue coach was there to ensure that the language used was both idiomatically and historically spot on; even the correct slang of the time and the area was used. The next challenge was how to recruit actors who would appear similar over the five decades for the story. The solution was to rely heavily on specialised prosthetics, in which the lead actors had to go into makeup at 1am in the morning to be aged for their scenes, five hours before actual shooting began.

The ad is shot in Allan Gray’s trademark black-and-white, and a specialist cinematographer was brought in, along with a custom Arriflex Alexa B+W digital camera. Extensive VFX was used to create seamless backgrounds and historical detail, none of which anyone will, or should, notice in the final film.

Unusually for a commercial, the music was scored to the finished film using traditional African instruments and live musicians to reflect the mood and timeless quality of the story.