by Herman Manson (@marklives) The Loerie Awards organisers have not been presented with any complaints regarding the judging process. This is in response to tweets by outgoing CCO of Ogilvy & Mather South Africa, Chris Gotz, that allege irregularities.

Gotz, who leaves South Africa to take up a senior position with O&M North America in September 2015, made a number of public allegations against The Loerie Awards and its CEO Andrew Human on 18 and 19 August 2015: 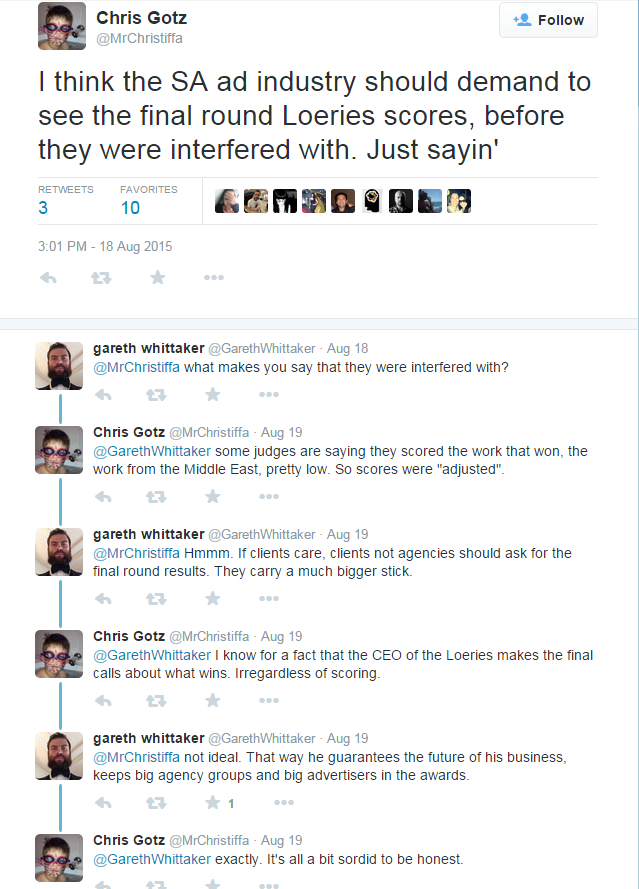 View the full conversation here. Gotz had earlier criticised the awards show for accepting entries from the Middle East, believing it should be focused upon the continent of Africa.

During the 2015 awards event, Ogilvy & Mather Johannesburg was awarded a Grand Prix for  KFC ‘SoundBite’ in the Applications, Games & Interactive tools category, while another Grand Prix was awarded to Loto Libanais and IMPACT BBDO Dubai (United Arab Emirates) for “Black Cats On Holiday” in the Branded Content Video category. 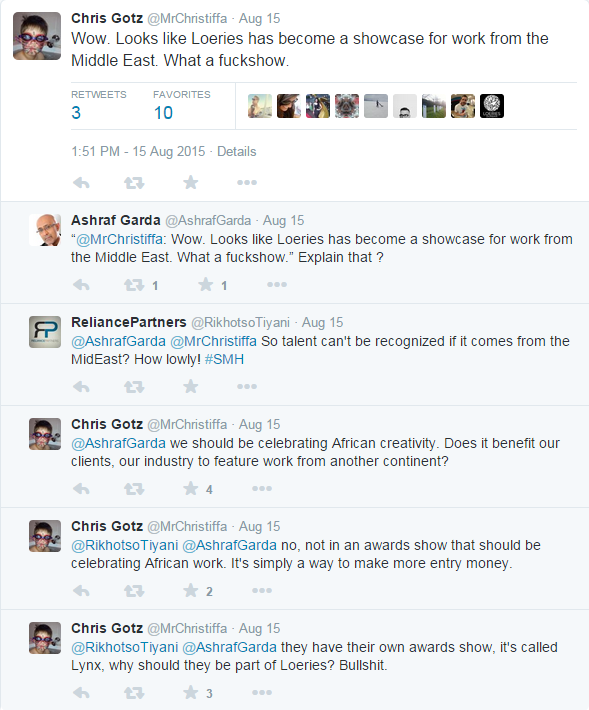 Loeries commitee member, Jarred Cinman, has pointed out that entry to the Loeries has been open to entries across Africa and the Middle East for roughly a decade. 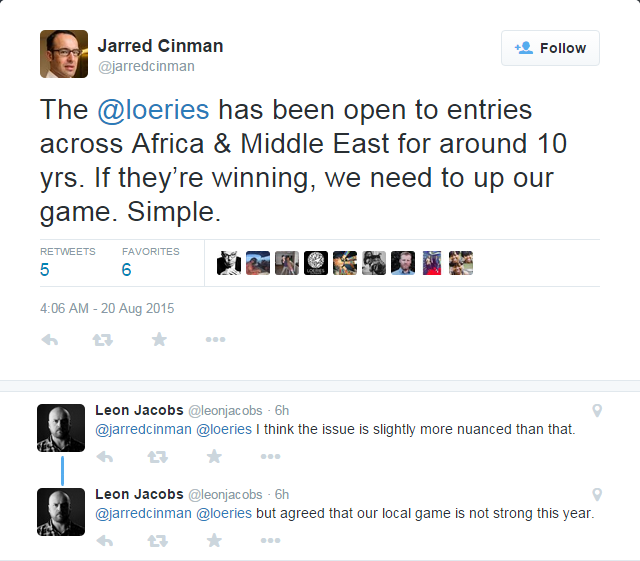 “The Jury Chairs this year included Chuck Porter, Chris Clarke, Ji Lee, Steve Vranakis, CK Tan, Caroline Pretorius, and Virginia Hollis – this alone rubbishes the claim that somehow this group of international and local leaders are all part of a conspiracy that ignores the final scores and hands out awards according to the whims of the organisation. Such claims are damaging to the whole industry and should be treated with the contempt that they deserve.

“The Loeries will not enter into any further correspondence on irresponsible claims and awaits a formal complaint from any individual or organisation which it will address in the appropriate manner.”

One reply on “No complaints yet, says Loeries, as criticism surfaces online”