by Mandy & Jon (@mandyldewaal) There’s nothing sadder than a lonely Granny. Which is why it is truly heartbreaking to watch Vodafone Romania’s Sunday Grannies advert, part of a broader campaign by the mobile network to prove that social media can mitigate against loneliness.

Caveat lector. This is a story about two desolate elderlies from Romania, and watching the one granny tell her story, and choke back the tears, may lead to leaky-eye syndrome.

“When I became a widow, we moved in together,” the one granny says pragmatically in Romanian — the subtitles are in English. “In 2012, my husband died also,” the other granny says. And then she chokes; she’s struggling to speak under the weight of the emotion. This elderly lady takes a deep breath, gathers her courage and says: “We’re alone.” The overwhelming genuine emotion of her loss, and the despair of the solitude she feels, is heart-breaking.

Romania is a country with an ageing population. Some 4.6m of the people who live in the country are over 60, which comprises 21.4% of the population. Each year, statisticians say, this number will increase. By 2030, 26.7% of the population will be over 60, and by 2050 the number of those who are sexagenarian — and older — will reach 36.7%.

A stark reality of old age is loneliness. Children mature and fly the coop. Partners expire. Friends move away or move on, or pass on. And trying to do something about that loneliness is exactly what Vodafone Romania’s campaign is all about. 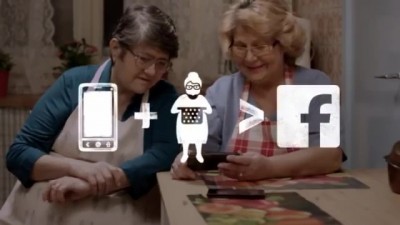 “Mobile internet can empower anyone”

The promotional flick starts with the stark news, in broadcast bulletins, that four million of Romania’s ageing population are living alone in their homes, and then segues into in-home shots of the elderly with the voiceover: “With over 40% of elderly people in Romania living alone, Vodafone wanted to prove that mobile internet can empower anyone to change their lives for the better.” The last section of the voiceover ends on a shot of a particularly desolate old lady, who’s looking out the window, presumably for someone who will never come. Bleak.

The Vodafone campaign — an experiment to show how social media can help fight loneliness — is called “Sunday Grannies”, or in Romanian “Bunici de duminica”. In the movie we meet the two delightful grannies who are the heroes of this campaign. The video takes you inside the home they share and reveals their secret:

“Though they live alone, they never stopped cooking for a whole family,” the voiceover explains, as the one granny sits at the kitchen table, and the other stirs the pots, and tastes to check her flavour. 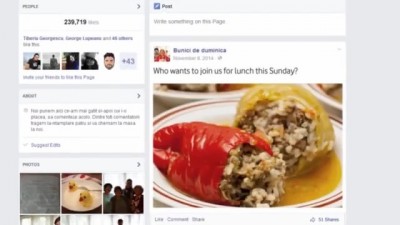 The big idea behind “Sunday Grannies”?

Connecting these two elderly woman with students who missed home-cooked meals. Vodafone helped the grannies create their own Facebook page, showed them how to post photographs of the dishes they would be making, and how to invite students to Sunday lunch.

Vodafone then made a documentary of the two grannies, and broadcast this on Romanian television channels to give the campaign traction. The result? The grannies’ lives started to change. Dramatically.

The grannies’ Facebook page became the second-most followed campaign page in Romania, and their story was picked up by the European media, and then spread across the world. “The empty apartment became the hottest eating place in the capital [of Romania],” the voiceover continues, adding that celebrities soon followed. These included Simona Halep, the Romanian tennis player who is currently seeded third globally by the Women’s Tennis Association, and who promoted the Sunday Grannies on her Facebook page; and Masterchef Romania judge, Adrian Hadean. 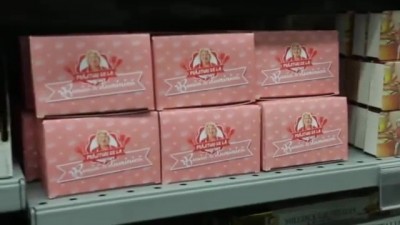 The grannies became so popular they got their own television cooking show — and their famous lemon pie? It wasn’t long before that was on sale at local supermarkets in Romania.

The campaign has become so successful that Vodafone Romania’s created a Facebook app that enables any granny to host a “Sunday Granny” pop-up lunch, and so a movement to banish loneliness has been born. People from across Romania have started banishing loneliness and students across the country are now spending time with the elderly, and eating delicious home-cooked meals.

At the 2015 Cannes Lions Awards, McCann Romania, the agency that put the campaign together, was rewarded with two Promo and Activation Lions. Well-deserved!

At the time of writing, some 406 000 have liked the original Sunday Grannies page on Facebook. All in all, this campaign is a resounding success. Vodafone proved its premise and banished loneliness to become a national hero — while selling more data. The grannies? Their quality of live has improved dramatically: you only have to see their beaming interviews and photographs to realise this. And they got a show, which of course brings in revenue. 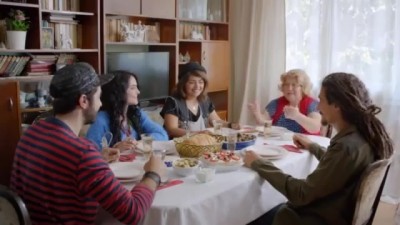 And then grannies all over Romania got in on the act. Advertising is one thing, but changing the world for the better? That’s the dream, isn’t it?

Hats off to McCann in Bucharest, Romania for showing the world a campaign that does more than just sell products and promote brands. Thanks for making lives better.