Ad of the Week: A notebook that tugs at the heartstrings

by Oresti Patricios (@orestaki) Blogger, serial entrepreneur, investor and regular Quora contributor, James Altucher, recently wrote an inspiring piece, entitled “Time is not Money”. It’s a poignant observation: Altucher argues that if you lose money you can always make it back, but time, once lost, can never be recovered.

Time wasted at work could be time spent with your loved ones. Time lost in the hurly-burly of life is less time for creating a better quality of life. And the latest ad from Dialdirect, the direct-to-market insurance company, brings that simple message home, in a mini-movie that tugs at the heartstrings.

The scenario is of a harried single mother, with two children, a little babe-in-arms and a primary school-going boy. She is clearly battling to keep up with life: in the first scene she is doing the housework and burns the dinner. The little boy, Noah, arrives home from school, and hands her a note. But, before she has time to read it, the phone rings, and she distractedly drops the note on the table. Noah looks a little glum and picks up the note — it’s not clear what it is, as all one can see is the brightly coloured illustration entitled “The Tortoise and the Hare”. 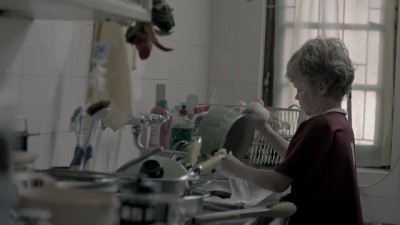 “Now is not a good time,” we hear Mom say. She carries on preparing supper while continuing with the conversation. Noah looks at her and then the sink full of dirty dishes, and the next thing he gets up and starts washing the pots. Mom looks surprised, but says nothing.

In subsequent scenes, Noah is seen doing various chores: taking out the garbage, washing clothes, making his bed, tidying his room, even trying his hand at cooking and ironing. It doesn’t all go well; in one scene Mom puts on a blouse, only to find it has been burnt.

OK, so it’s not a very realistic scenario — it’s ‘too good to be true’, a cynic might say — but the magic of the story is how it sweeps one up in the charming character of Noah and his enterprising ways. The casting is spot-on, with both mother and son fitting their roles perfectly. And it’s their performances — and, by implication, the direction — that make the story work. 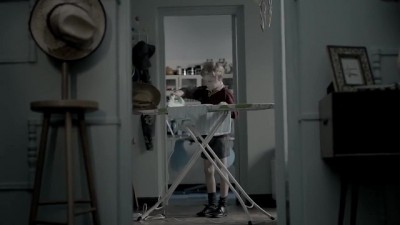 Greg Gray, of Velocity, is one of the top directors in South Africa at the moment; one of his commercials placed second in our #AdoftheYear Top 10 from last year: “The Reader” for Bell’s Whisky, which received two finalist awards at the New York 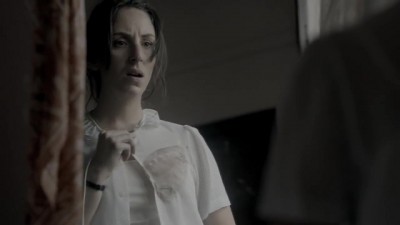 Festivals 2014. He is also known for his handling of comedy performances, such as the Savanna cider series which has been running for some 10 years. Plus he’s won awards at Cannes, Clios, D&AD, Loeries and One Show.

But, getting back to our story, throughout this all, Noah has been keeping a list of the things he does in a little notebook.

Finally, we see him taking the dog for a walk, and Mom comes home to find the house tidy, but no Noah. She goes outside, as he returns home.

“Where have you been?” she asks.

Noah hands his mother the notebook.

“I’ve been saving you time,” he explains, as she opens the book to find the list of jobs he’s done, with the time taken neatly written next to each one. “So you can come to my play.”

The brightly coloured note from the first scene is inside the book, and it’s revealed that it’s an invitation.

The final scene is of Mom proudly watching Noah in the play (he plays a tree) and the voiceover says: “We know how precious every minute is. So we won’t waste any of yours.” 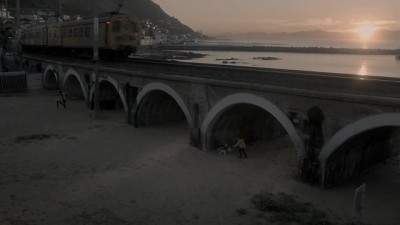 The story was shot in Cape Town; with beautiful exteriors, always either overcast or ‘magic hour’ evening scenes, which add to the mood. The grade is desaturated, although not overly so, and every scene is carefully composed.

The music, by French singer-songwriter Woodkid, is a suitably sombre love song that 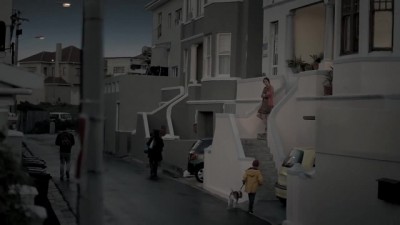 Joe Public, Dialdirect’s agency, has recently rebranded the company, with a simpler logo and the slogan, “Insurance made easy”.

Overall, I think this is a well-balanced and well-executed ad that creates an emotional response, while promoting the simple message that insuring with Dialdirect will save you time, so you can have more time for your life, and the people you care about.

This ad positions the brand as a customer-conscious company, with a heart. Hear, hear for Joe Public and Velocity!