How South Africa’s online managers are dealing with comment threads

by Gill Moodie (@grubstreetSA) Online comments – and how they can veer off into bigoted nastiness and hate speech – are in the spotlight after Dr Iqbal Survé, the owner of Independent Newspapers, weighed in on comments on a column on his company’s news portal , IOL, that became aggressive and racist. 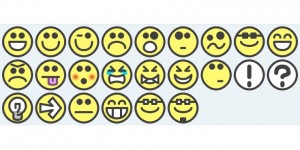 Mokwena-Kessi about living in Cape Town as a black teenager.

Zenariah Barends, Independent’s chief of staff, told Grubstreet last week that media lawyer Dario Milo had been added as a panelist on the task team while the team’s report is scheduled to be finalised by the end of November.

“Even though the panel will be making recommendations with regard to IOL, the intention is that the report will be made public as we view this as a matter of public interest,” she said.

Grubstreet spoke to some of the country’ online editors and managers to get their views on this tricky area of digital publishing.

When the News24 network introduced registration with Facebook profiles before allowing comments in early 2012, it seemed to make comments more productive, says Jannie Momberg, editor-in-chief of 24.com that includes the News24 website.

“The key thing for us and everyone is to get people to use their real identities,” says Momberg, adding that the News24 network – like most others – uses software that flags key words in comments while users can report comments they believe are inappropriate (at which point online staff step in to moderate).

“We know we might get nasty comments on some stories so we keep a special eye on them,” he says, adding that more than half of reported comments are not problematic.

“It’s usually a case of someone just disagreeing with someone else.”

News24 gets about 6 000 to 7 000 comments a day – as does IOL. To have staff monitoring and moderating this amount of comments (that come in around the clock) is very difficult.

Most websites simply don’t have the staff for this.

“The comments are the best and worst part of this job,” IOL editor Alastair Otter told Grubstreet. “At all times there is what we would call robust debate and sometimes it can get a bit rough. But the people who are out-and-out racist or sexist or just aggressive are a very small minority.”

However, even if their IP addresses are blacklisted some of the trolls find ways to get back in by changing whatever is used for registration, be it email addresses, Twitter accounts or Facebook profiles.

Moneyweb editor Ryk van Niekerk says digital publishers need to find a balance. On the one hand, user-generated content like comments is often the most read part of a news website. On the other hand, some comments get so out of hand that he believes they will result in a defamation suit in the near future.

Meanwhile, James Myburgh, who runs Politicsweb, told Grubstreet:  “I think there are countervailing advantages to anonymous commenting that need to be borne in mind. One of these is that anonymity allows for honest responses – which is also why voting is by secret ballot and the names of academic peer reviewers are not disclosed.

“When you remove anonymity, the comments might become more ‘moderate’ but this is because people start watching what they say. Moreover, most of those individuals with real, often insider, knowledge about a topic are very unlikely to comment on an article if they have to sign in or reveal their identity.

“Other individuals may want to make a point, on impulse, about a subject but do not want their name attached to that comment for the rest of human history. The problem with removing anonymity then is that while you may get rid of the worst comments, you also get rid of many of the best ones as well.”

Momberg says that if one closes comments, it has an impact on both page views and time spent on site because being able to comment on stories – without a period of delay to allow for approval of the comment – is an integral part of consuming news online for many people.

“Once you publish a story on the web, that’s only the start of the story and it goes on a journey with people discussing it and with people enjoying interacting with each other – and not necessarily around the story anymore.”

Derek Abdinor, the digital GM of Times Media Group, says: “We take comment moderation seriously across the Times Media LIVE network. As much as we promote user engagement, it’s bad for business and the perception of the brands when trolls repeatedly target a site. Times LIVE only opens up certain stories for comment and monitors those very closely, and then closes comments once the newsworthiness has been superseded by something else.

“Sowetan LIVE is the strongest exponent of lively debate and spirit that mirrors a real-life self-regulating community in which some members are, at worst, cheeky… Comments allow readers in a democracy some form of instant response to the matters which affect them. An open comments policy is not of any strong commercial value at all but rather user debate is valuable for our brand building.”

Going into more detail about Sowetan LIVE, Razia van der Schuur, online editor for Sowetan LIVE and Sunday World, told Grubstreet that her team had “extended a lenient policy towards the readers, in order to ascertain their thought processes, [and] not limiting their freedom of speech”.

The online editors have also encouraged those commenting to debate in a positive way and “rewarded” the positive ones with lunch with the Sowetan LIVE team.

“They, in turn, felt like they were now ambassadors of the brand. This has led to them regulating comments and keeping others on the straight path.”

Otter says: “As much as comments can be problematic, we would lose a lot if we took this element out. I think we’d lose the vibrancy and also the sensible things that people are saying about stories. Very often we do have genuine and intriguing discussions – and we get further information out of the comments. It actually takes the story further.”

Often experts contribute to comment threads, says Van Nierkerk. “But the last thing I want is for people to use Moneyweb as a platform to cause trouble. That’s why people do it – to get a reaction… Sometimes you can have a story about flower arrangements and the third comment becomes racist.”